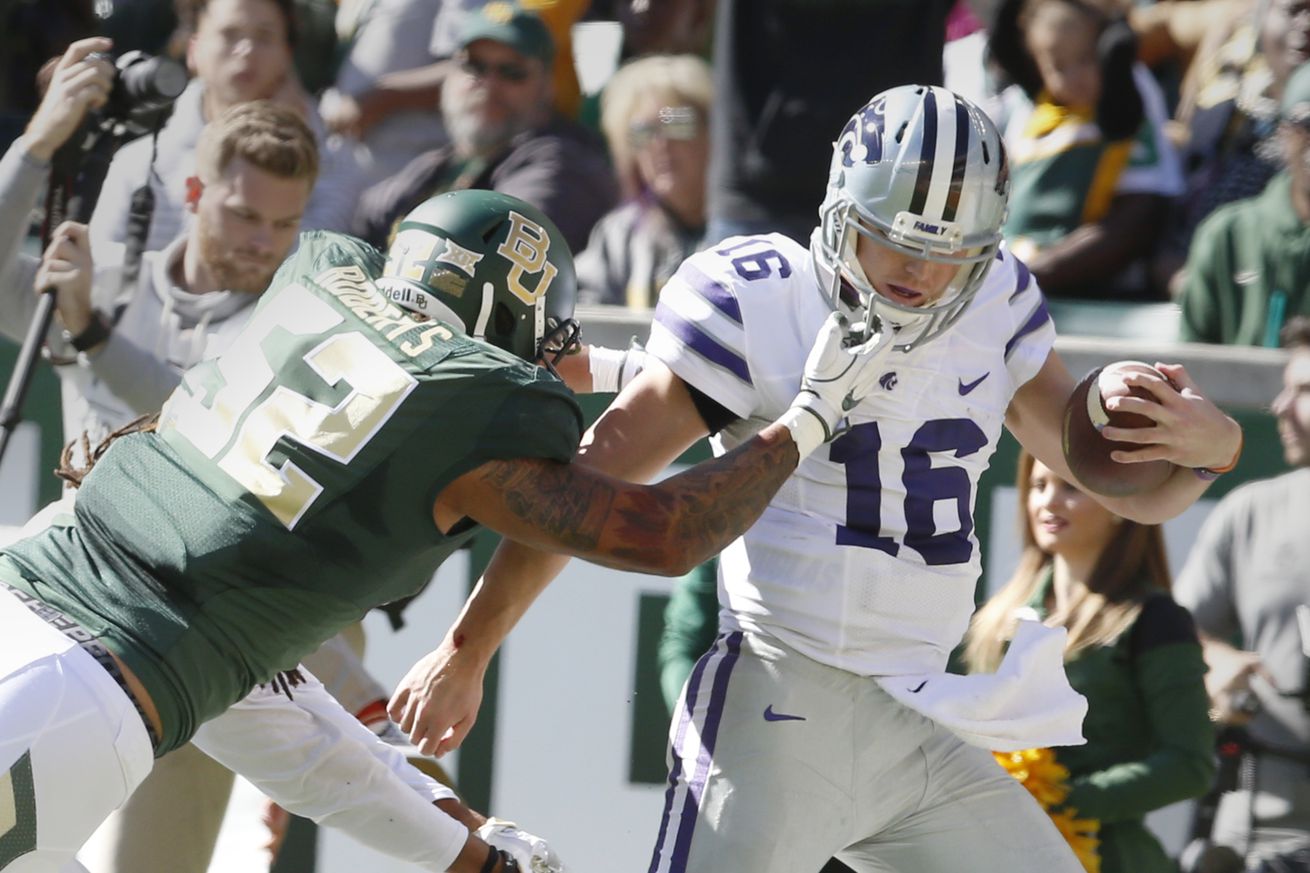 Masks on campus, plus how COIVD spread through the football team, and some baseball news.

We’re a little light on news here in the midweek, but what we do have revolves almost entirely around the current global pandemic (sorry!).

Yesterday, Ryan Black at The Mercury outlined how COVID-19 spread through the football team (well, at least the 14 with positive tests). Weekend gatherings, after players were tested but before all results were back, appear to be the main culprit. But K-State being open and transparent about what has happened has not benefitted K-State in the way AD Gene Taylor had hoped, including K-State being the current poster-child for the effect of the coronavirus on college athletics.

After a recent rise in cases in Riley County (on top of the 14 on the football team, there has been a significant rise in cases mostly associated with gatherings in the Aggieville Business District that has now also forced several establishments to close temporarily), Kansas State University announced a new face covering policy that immediately affects students, faculty, staff, and visitors (including contractors and vendors). The new policy outlines requirements for face coverings (over the mouth and nose) to be worn on campus. The policy specifically mentions coverings in all hallways, public spaces, classrooms and other common areas of campus buildings, with coverings also required anytime people are unable to maintain 6 feet of social distancing — even inside an office or outside on K-State campuses.

While collegiate and professional leagues are still shutdown, summer collegiate baseball leauges are apparently getting into full swing. Several current and incoming BatCats have started, or will soon start, playing in those summer leagues. K-State Sports has the full update on who is where, and stats when available.

Mr. Stickum Hands himself, Curry Sexton (you know, that other guy who had over 1,000 receiving yards in 2014 opposite Tyler Lockett), is apparently thriving as an attorney in Kansas City, and is the feature of today’s Sports Extra.