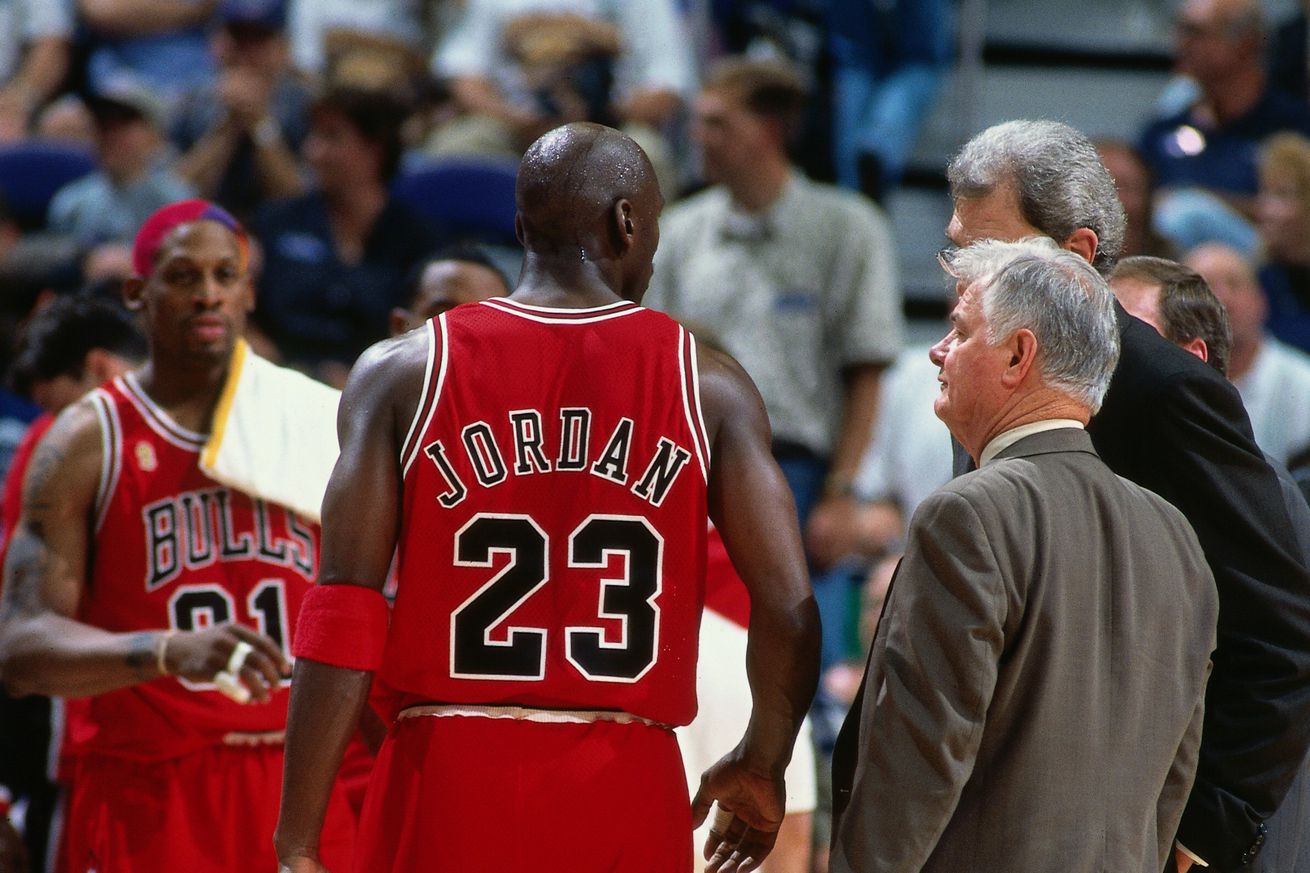 How do you get perhaps the greatest basketball player of all time to buy into team concepts? Call Tex. | Photo by Nathaniel S. Butler/NBAE via Getty Images

A few K-State tidbits before you resume your post at the window to count clouds:

Piggy-backing on ESPN’s “The Last Dance,” which chronicles Michael Jordan’s final season with the Chicago Bulls, Ryan Black seized the opportunity to recount how former K-State head coach Tex Winter’s triangle offense philosophy was instrumental in reshaping Jordan from individual phenom into a more team-first player. At first, His Airness wasn’t buying. Very much worth the read.

NFL teams at this point have mostly loaded up on all the free agents they are likely to sign, apart from those brought on late to fill spots after injuries or other departures. Punter Devin Anctil does not have a spot, despite obvious ability and some eye-popping punts in his college career. The Kansas City Chiefs parted ways with 15-year veteran Dustin Colquitt in a cost-cutting move late Monday. Do local fans dare to dream that Anctil might get a look?

Golfers Ben Fernandez, Jake Eklund and Ryan Bender were not able to complete their competitive seasons, but all were named to the Academic All-Big 12 first team. Fernandez, who graduated last May, earned his fourth consecutive honor, while Eklund earned his third. Bender, a redshirt freshman, won in the first year he was eligible.

Not to be outdone, the women’s squad managed to have all six eligible participants named Academic All-Big 12. Briony Bayles, Darby Deans, Heather Fortushniak, Reid Isaac, Niamh McSherry and Chloe Weir all made the list. Take that, boys! The women also win for having an awesome assortment of names.

K-State Sports Extra features Texas Tech transfer Sydney Goodson, who was immediately sold on the Wildcats after a FaceTime meeting with Coach Mittie the same morning her name hit the transfer portal. She talked to other coaches, of course. But she says there “wasn’t even like a close second place.”

Now, back to the sky-watching.