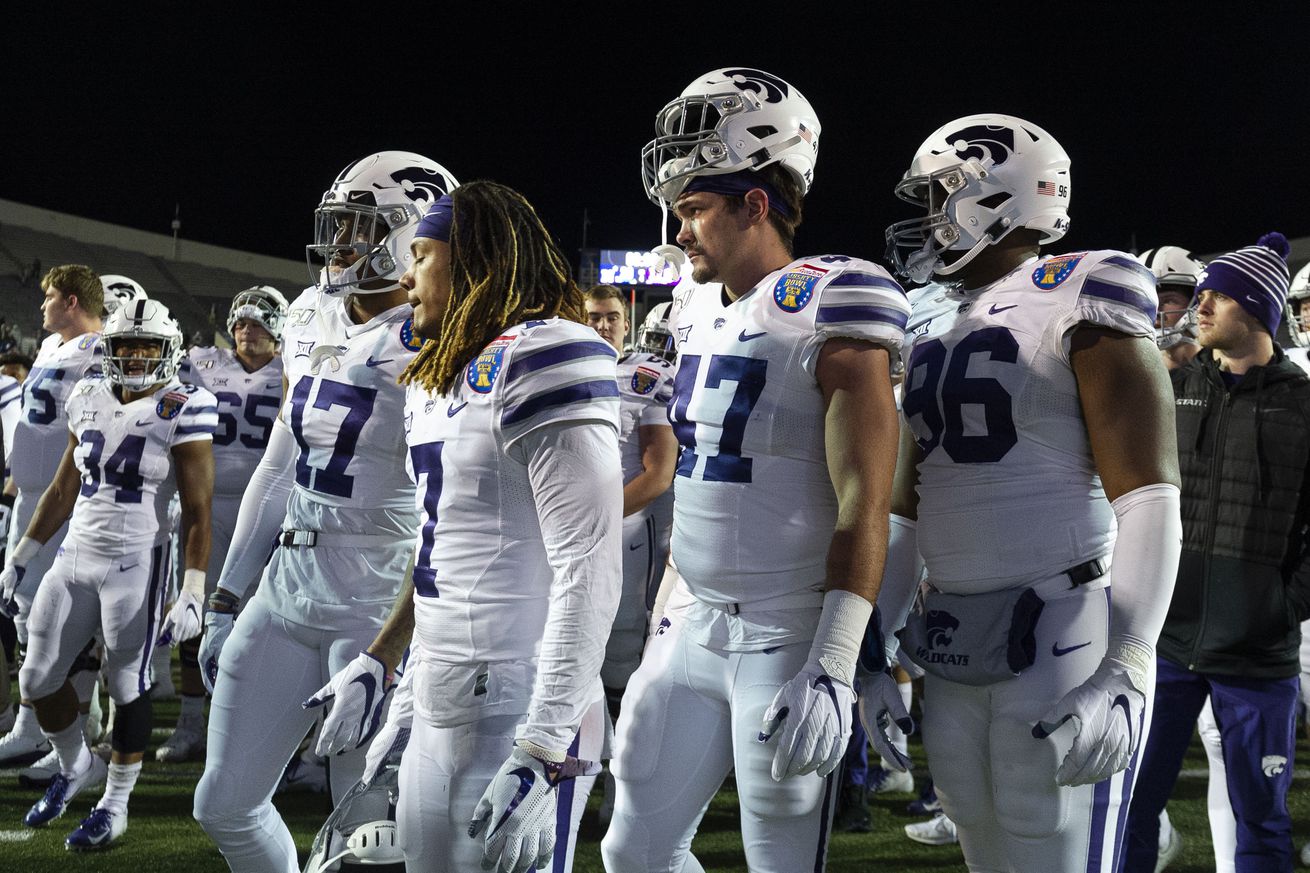 It’s a slow day, but we have a surprise for you.

With the start of Kansas State‘s football season just one 32-hour work week away, you’d think there’d be some news of note to report. Nope. Just another slow boring Monday.

The biggest news of the weekend took place at the site of K-State’s last football game, as Memphis rode a mid-game surge to a 37-24 win over Arkansas State at the Liberty Bowl. The quick takeaways from that game for us as the Red Wolves prepare to visit on Saturday: Arkansas State can’t stop the run, can’t stop the pass or press the quarterback, and can’t run the ball. That means it’s going to be up to the Wildcat secondary to keep this game where it’s supposed to be.

Dana Dimel has Texas-El Paso off to a good start, taking down Stephen F. Austin 24-14. The biggest surprise of the weekend was Army utterly destroying Middle Tennessee in a 42-0 rout.

And now for your surprise. ESPN’s Chris Low has released the season’s first ESPN Power Rankings. Because he’s refusing to rank teams that aren’t playing, that left room for a certain bunch of purple felines to sneak into the top 25 at #24. Oklahoma sits at #6, Texas at #9, Oklahoma State at #11, Iowa State at #13, TCU at #16, and Baylor at #21. So the Cats are still looking up at six other Big 12 squads.

But hey, it’s a ranking.

What are you doing for Labor Day? Let us know!