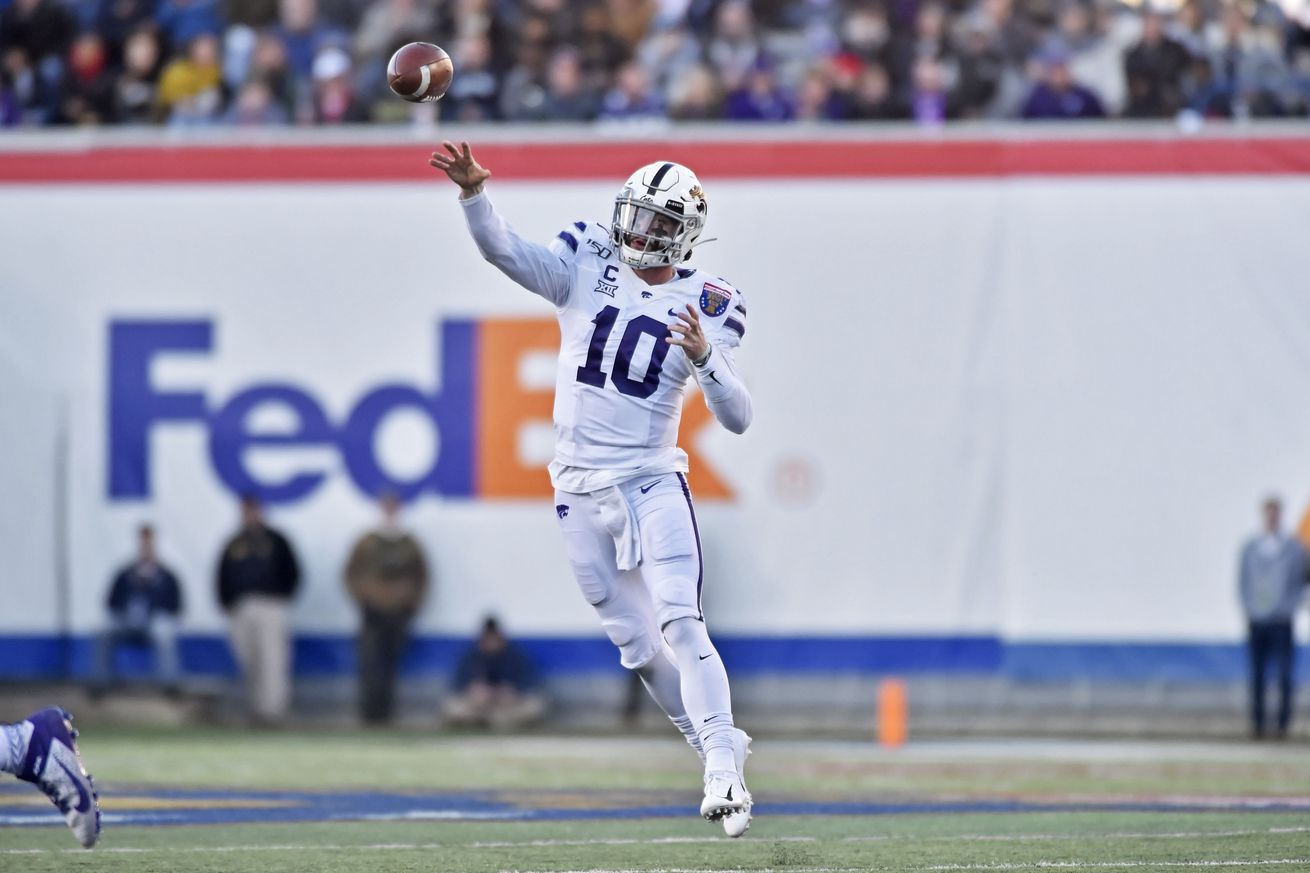 The season is finally here!

I cannot begin to tell you how excited I am to bring you this season’s first ever gameday Slate. Let’s hope it’s the first of many.

After a seemingly interminable wait, Kansas State will take on Arkansas State at 11:00 AM CST at Bill Snyder Family Stadium to kick off the 2020 campaign. The game will air on FOX. All these details are more are in Jon Morse’s handy How to Watch post. (Also, as always, THIS is the go-to destination for the week’s college football TV listings).

Kellis Robinett of the Wichita Eagle/Kansas City Star stopped by at Bring on the PodCats to chat with Luke Thompson and JT VanGilder about this strange season and about Skylar Thompson and the emergence of the Wildcats’ defense. In his own pre-game post, Kellis predicts a fairly routine Kansas State victory after a few initial hiccups.

Speaking of the defense, Austin Siegel profiles linebackers Elijah Sullivan and Justin Hughes and their arduous path to taking the field together as the last two members of the Georgia Boys, a group of players recruited to Manhattan from that state.

Things are almost normal around the Kansas State football program, especially with kickoff just a couple of hours away. Navigating a football season during the coronavirus pandemic remains a significant challenge, especially with all the testing and potential isolation after positive tests. Uncertainty abounds. But at least for a few hours today, all the issues facing this program will be strictly between the hashmarks.

Expect rust. This summer has been a series of fits and starts for the Wildcats, and it’s possible that the team is not quite game-ready. In particular, the passing game has suffered from the quarterbacks not being able to build a rapport with the wide receiver corps with various players missing practice.

A big change from the usual routine is that players are being asked not to meet with family the night before the game in their hotels. For quarterback Skylar Thompson, the night-before-game sessions with his father were a tradition and a much-needed bonding exercise, but he recognizes that this is a sacrifice that the players and their families need to make to keep everyone safe. Once the clock ticks down to zero, players will be able to spend time with their families.

Some things around the program have not changed. Chris Klieman touts building relationships as the program’s best accomplishment last season, and his players continue to think highly of him. Indeed, as safety Wayne Jones noted, the players believe “we have the best head coach ever.”

Construction in Manhattan could impact gameday traffic this season, so plan ahead if you’re among the lucky fans who will be at the Bill this fall.