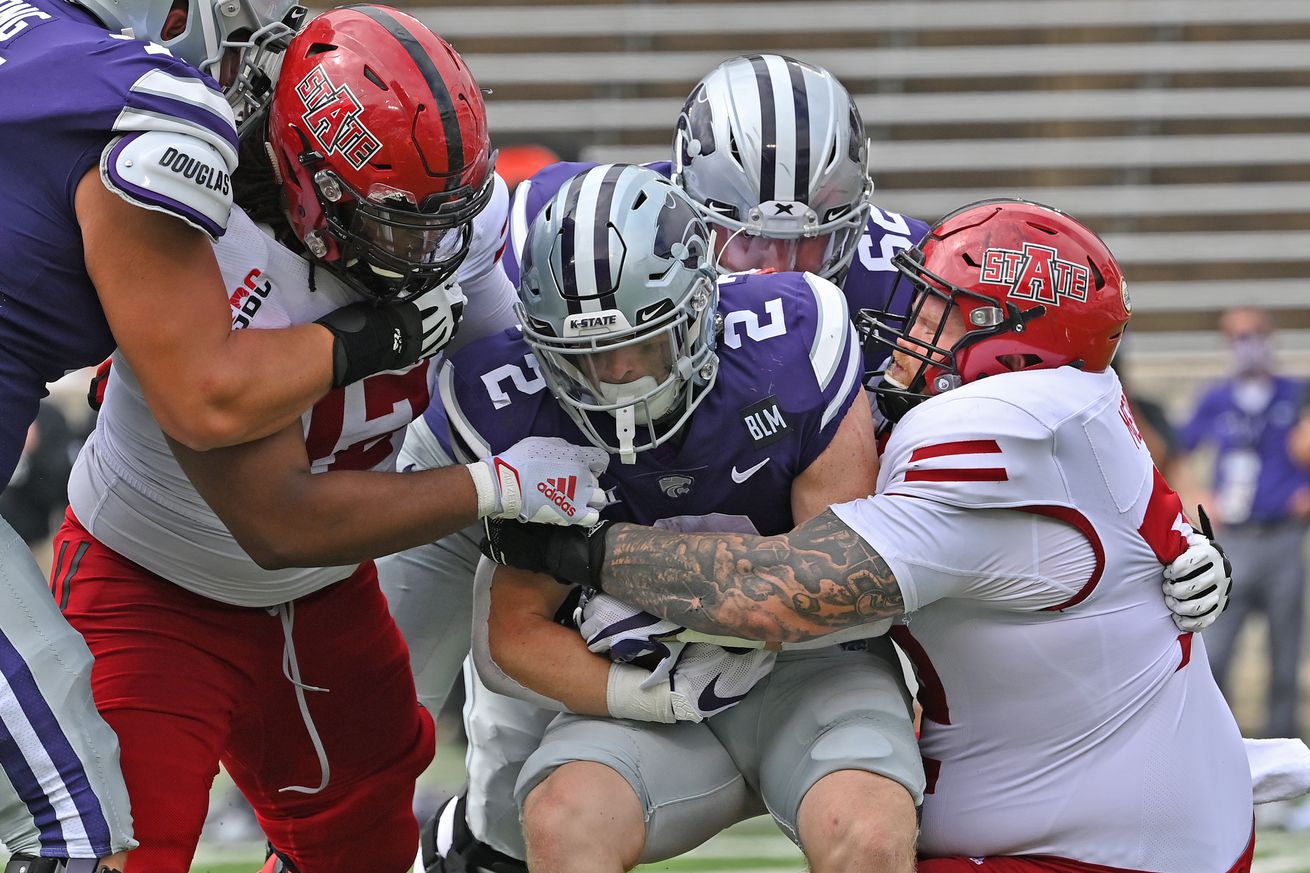 Here, have some PTSD. | Photo by Peter Aiken/Getty Images

Saturday was abject horror for Kansas State, but as we’ll see in a moment Sunday was no better. It’s going to be a rough September all around, since 12 days from now the Wildcats will have to visit Oklahoma after a terrible season opener. There are plenty of excuses to be made, but we’re all going to have to accept the awful truth: Oklahoma is going to have the same excuses at their disposal.

In the final analysis, as Dennis Dodd pointed out for CBS, it turns out that Arkansas State was missing nine starters, while K-State was only lacking five players from the entire two-deep at kickoff. We’re trying to maintain some level of pragmatism here regarding a season we’re not entirely sure should even be happening, but on Saturday the Wildcats simply got beaten. Badly, as it turns out. It remains to be seen how the staff will address the glaring flaws we saw this weekend.

It was a big Saturday for the Sun Belt, which was splashed all over Paul Myerberg’s Week 2 Winners list yesterday. If there’s one saving grace here, it’s that K-State wasn’t on the Losers list. As a result of their big 3-0 whitewashing of the Big 12, the Sun Belt has two teams in the AP Top 25 (Louisiana-Lafayette at 19, their first ranking in 77 years, and Appalachian State tied for 23rd), with Arkansas State getting 34 votes themselves. The chaos of 2020 sees eight Group of Five teams ranked in this week’s poll, which is at least fun, right?

At the Mercury, Ryan Black reports that Wayne Jones is, if not completely okay, at least relatively so after being stretchered off in the fourth quarter Saturday.

Football was not the only disaster of the weekend, however. On Sunday at Buser Family Park, K-State got shut out by Oklahoma State 3-0. It took the Cowgirls only two minutes to find the net, and that was all they needed. The Cats will head to Morgantown on Friday to try to rebound.