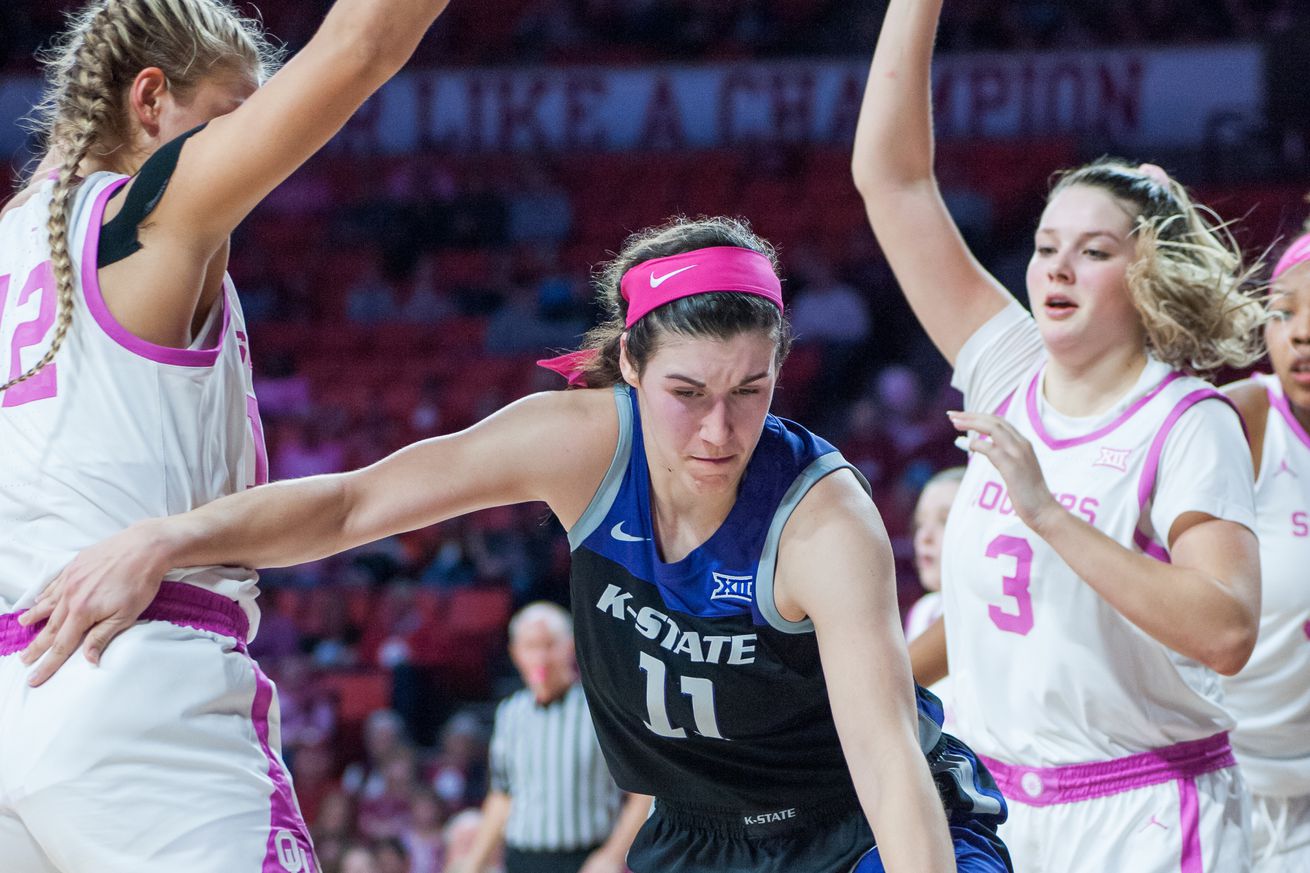 K-State’s bigs go off in Norman, and baseball gets off the zero

A good thing, too, as we’ll see. Since losing at Texas on January 19 to fall to 7-8, the Cats have had three chances to get back in black. The first two failed, with losses at TCU and to Baylor knocking K-State back under .500. But yesterday in Norman, the Cats finally strung together that second win in a row — barely.

It took overtime, and a pair of ridiculous efforts by the bigs, but K-State eked out an 87-85 win over Oklahoma (12-13, 5-8) last night. The final dagger came from the obvious culprit, as Peyton Williams scored her thirtieth and thirty-first points by draining a pair of free throws with just seven seconds left to push the Wildcat lead to four. When the buzzer sounded, K-State had done something they hadn’t accomplished since 1991: win a second consecutive game in Norman.

Williams also pulled down 19 rebounds for her 12th dub-dub of the season, and added six assists and five steals in a game for the ages. But she was not alone. Ayoka Lee also went off, popping for 24 points and 13 rebounds, her 14th double of the season. She also had four blocks and three steals for a day which would have been absurd all on its own even without Williams overshadowing her.

For those bad at math, that’s 55 points and 32 rebounds between the two. Yikes.

Chrissy Carr added 11 points, but yesterday was all Williams and Lee as the rest of the team was an abysmal 12-51 from the floor and 5-20 from beyond the arc. Imagine what this team could be with guard play?

The win gets K-State (12-11, 6-6) back to level in conference play finally, although four of the final six games are against teams ahead of the Cats in the standings, including a trip to Baylor. If Jeff Mittie can somehow wring four wins out of the rest of the season, an NCAA bid is not out of the realm of possibility. Not likely, but it’s out there.

Additional coverage: Tyler Kraft at the Mercury, and two separate pieces from Beau Anderson at OU Daily, the former a standard gamer and the latter with quotes and information.

Meanwhile, in Edinburg, the BatCats finally got a win yesterday. Jordan Wicks threw seven shutout innings and Dylan Phillips homered as the Wildcats (1-2) notched a 4-0 win over UT-Rio Grande Valley (2-1) in game three of a four-game set. The finale will be tonight at 7:00pm.