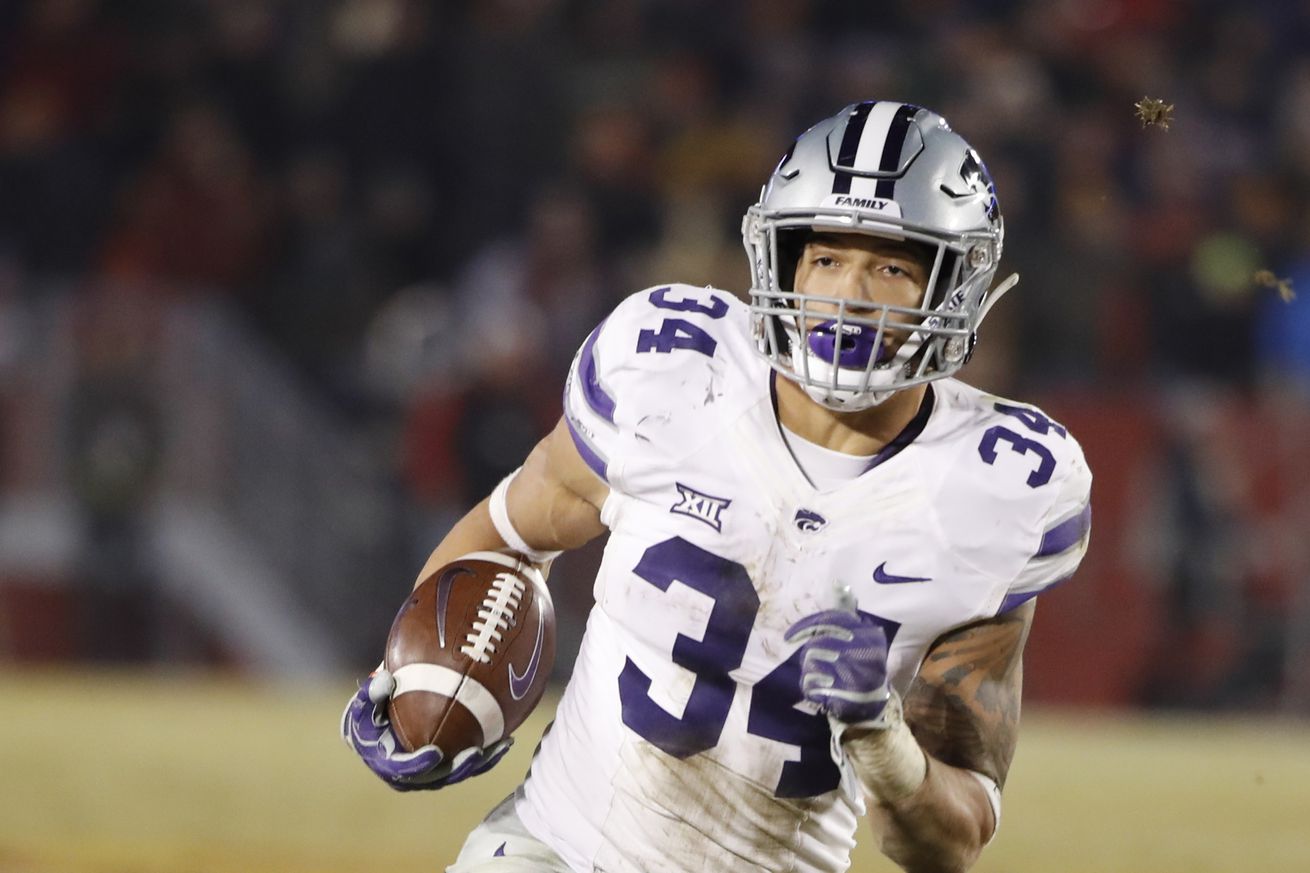 Where are they from? Where’s that?

The positive reception to the first part of this BotC feature included some commentary on how little many of us know about the geography and history of a state we used to call home, if only for a time.

So, with this (and other staff discussions in mind), I’m taking a slightly different approach to this feature. We’re still talking about Kansas State athletes and the towns they’re from, but hopefully, I can also provide some useful information and historical background in the process. (Mostly, I’m having massive nerd fun putting this together!)

Coffey County, in the eastern part of the state, was established way back in 1857 as one of the original counties of the Kansas Territory. It is now home to over 8000 people, down about 20% from its heyday in the 1950s.

The county is also home to the Flint Hills National Wildlife Refuge, so wildcats abound in the area, but there aren’t as many of the Kansas State variety as one might expect. Reza Tanha, a linebacker who played for Bill Snyder for one season in 1989, is from tiny Gridley (pop. 341). He was a walk-on at Emporia State and transferred to Kansas State primarily to get a civil engineering degree. A coach at Emporia State warned him he wasn’t Big 8 material, but Tanha tried out anyway, making the team and later becoming one of Snyder’s first walk-ons. The best part of this story? At a chance meeting 26 years later, Snyder still remembered him.

Honorable mention: Olive Ann Beech, who was a co-founder of pioneering aviation company Beechcraft, was from Waverly.

This county is located on the border with Oklahoma and is small enough that none of its four towns have their own municipal governments. Population has been an open question in Comanche County since inception. Indeed, when the county was first organized in 1873, nobody lived there. Bonds were raised by fraud, and although this was discovered early on, the county had representation in the state legislature in 1874 despite having no constituents!

Nathan Leeper, a native of Protection, was the first Kansas State athlete to win an NCAA outdoor high jump title. (Yes, we’ve been #HighJumpU for a long time). After clearing that bar in 1998, Leeper went on to qualify for the 2000 Olympics (where he finished 11th) and the 2001 World Championships (4th).

Honorable mention: Tyler Woolfolk, who is also from Protection, is apparently the lone representative of Comanche County on the football roster at Kansas State. Woolfolk, a transfer from junior college, was a defensive back for the Wildcats from 2002 to 2004.

With a population of over 36,000, Cowley County is big by Kansas standards. Originally established for the Osage tribe, the county was ultimately settled around 1870. Almost immediately, a bitter dispute broke out between Winfield and Arkansas City over the county seat, and although Winfield won, the rivalry between the cities continues to this day on the football field, and sometimes in the BotC staffroom.

There’s no shortage of famous people from Cowley County, but not many have made it to a Kansas State roster. Nick Patton, recruited as a quarterback, never actually played a down in Manhattan. Joann Hamlin, of Winfield, played basketball for the Wildcats before transferring to Iowa in 2006. Probably the most successful Wildcat from Cowley is Arkansas City’s Wayne Jackson, a Big 8 era wrestler. He came to Manhattan as a runner-up in the state championships, and took home Big 8 honors in 1972 and 1973 (third) and finished runner-up in 1974. He now has a wrestling meet named after him.

Honorable mention: Frank Marshall Davis, a sports journalist, poet, and civil rights activist, attended Kansas State (then still KSAC) from 1924 to 1927 and again in 1929. At the time, he was one of only 25 African-American students in the entire college.

Crawford County is in the southeastern part of the state, on the border between Kansas and Missouri. Established in 1867, the county acquired a reputation as a haven for both immigrants and bootleggers in the early 20th century.

Pittsburg is the county’s biggest city, and also home to the most Wildcats. Most recently, running back Alex Barnes donned the purple in Manhattan. Before him, Shad Meier (tight end, 1996-2000) and his brother Dylan (quarterback, 2003-2006) played football at Kansas State too. Shad went on to be drafted by the Tennessee Titans and played in the NFL until his retirement in 2006. Dylan played in Europe (for the Dresden Monarchs in Germany and the Milano Rhinos in Italy) before his untimely death in 2010.

The county is represented in basketball too. Ed Nealy, from Pittsburg and Bonner Springs, played for the Wildcats from 1978 to 1982. After his freshman season, he was voted Big 8 Newcomer of the Year, and a was a key part of the Kansas State team that made the Elite Eight in 1980. Nealy went on to a decade-long career in the pros, retiring after winning a championship with the Chicago Bulls in 1993. He was inducted into the K-State Hall of Fame in 2006 and the Kansas Sports Hall of Fame in 2014.

Honorable mention: Edith Bideau (B.A. Music, 1912) was an American songwriter and soprano. She was born in Chanute but later lived and taught in Pittsburg and in other parts of Kansas.

Located in the northwestern corner of the state, on the border with Nebraska, Decatur County is one of the smaller counties in Kansas. Named in honor of a Navy hero from the War of 1812, it was first organized in 1879. Oberlin, the biggest city in the county, was the site of the last Indian raid in Kansas, when a band of Northern Cheyenne tried to return to their homeland in the Black Hills in protest of terrible conditions and severe food shortages in Indian Territory.

Decatur County has made significant contributions to Kansas State athletics. Norcatur’s Elden Auker was a first team All-American baseball player for the Wildcats from 1929 to 1932. He also played football and basketball , earning first team All-Big Six honors. Indeed, he was known at the time as “the greatest all-around athlete in Kansas State history.” On graduation, he was offered a contract with the Chicago Bears, but Auker opted to play baseball instead. He was a Major League pitcher for a decade, playing for the Tigers, Red Sox, and the St. Louis Browns. He was inducted into the Kansas Sports Hall of Fame in 1969, and the K-State Athletics Hall of Fame in 1990.

Fellow Decatur County native Elmer Hackney (from Oberlin) followed in Auker’s footsteps. Hackney played football at Kansas State from 1935 to 1940. Called the “One Man Gang” by opponents, he earned All-Big Six honors twice. He also lettered in wrestling, winning three straight Big Six titles, and in track and field, where he twice won the national title in shot put, and qualified for the 1940 Olympics (cancelled due to World War II). Hackney went on to a long career in the NFL, mostly with the Detroit Lions. He was inducted into the Kansas Sports Hall of Fame in 2003 and into the K-State Athletics Hall of Fame in 1991.

Honorable mention: Richard Dean Rogers (BS, 1948), born in Oberlin, had a long career in private legal practice and public service in Riley County, and was later appointed to the federal bench in Kansas.