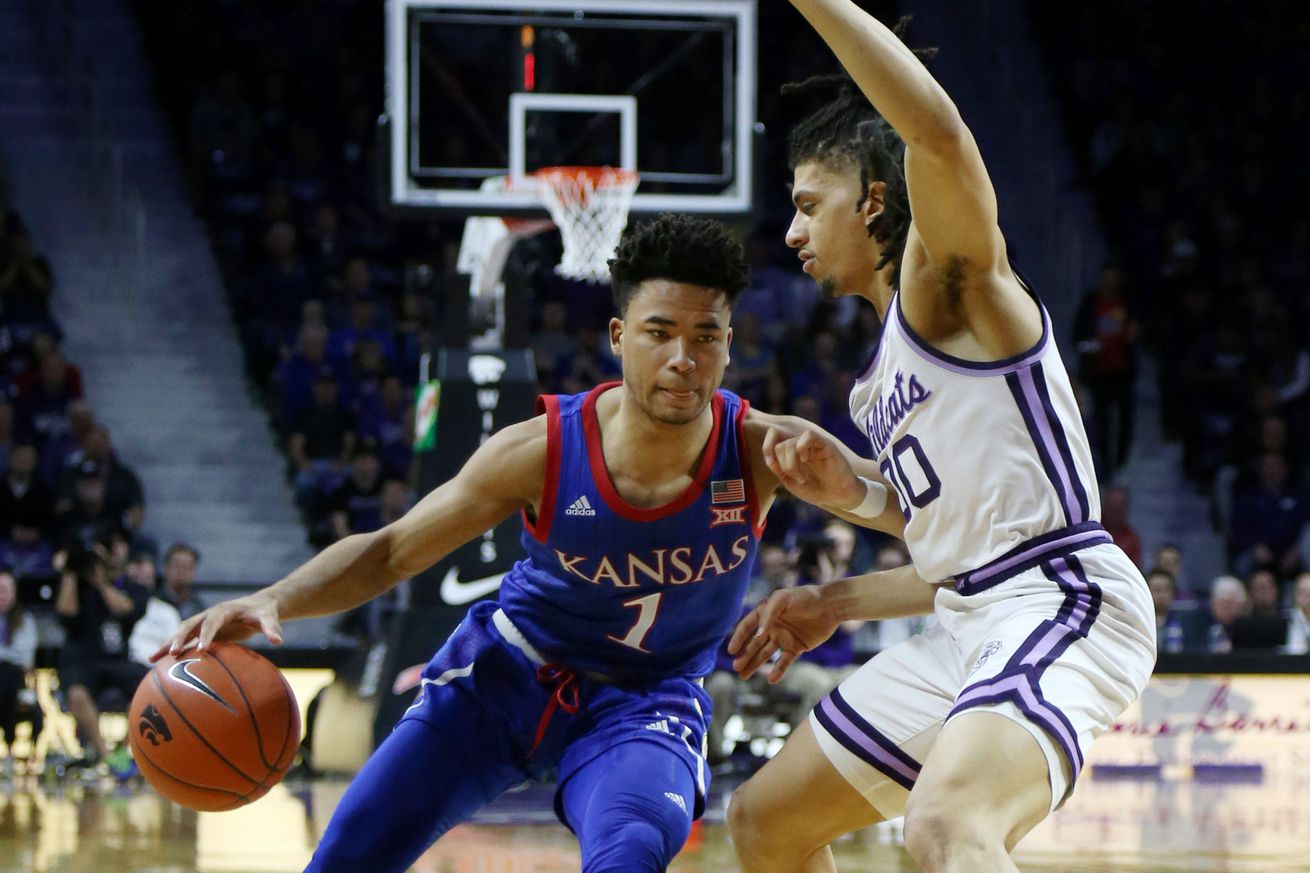 Two games, plus the Big 12 Tournament, remain in the season.

The Kansas State Wildcats battled Kansas to a stalemate, 48-48, with 7:57 to play but would not score again over the next 5:57 while KU went on an 8-0 run to secure victory in Bramlage Coliseum Saturday. A DaJuan Gordon three-pointer cut the margin to 60-57 with 27 seconds to go, but after two free throws from KU’s Isaiah Moss stretched the margin to five, K-State was not able to make any of the three broken-floor three-pointers it got on its last possession, and the Jayhawks hung on for the win.

If anyone was expecting a thrashing or a “mauling,” it did not develop. In a clearly mandated move after the anthem, the teams met at midcourt to shake hands, and no tempers flared, at any time. KU (26-3, 15-1 Big 12) built as much as a nine point lead, but K-State (9-20, 2-14) used swarming defense to force 16 turnovers that they converted into 19 points to stay in the game.

The Wildcats neutralized KU man-mountain Udoka Azubuike, who only managed to get four shots away and scored six points. But they had no answer for likely Big 12- (possible national-) player of the year, Devon Dotson. The speedy point guard blazed paths to the basket all day and scored 25 points on 8-11 shooting, while drawing seven fouls. He was the unquestioned difference in the game. No other Jayhawk breached double-figures

K-State’s upper classmen gave a valiant effort in trying to add a signature win to an otherwise disappointing season. Cartier Diarra scored 15 and led the team with three assists. Xavier Sneed and Makol Mawien both scored 13, With Mawien actually outplaying Azubuike (who left for a time in the first half after turning an ankle, but later returned), connecting on 5-9 shots from the floor and all three free throws, while tying Sneed for the team lead with five rebounds and leading everyone with three blocked shots.