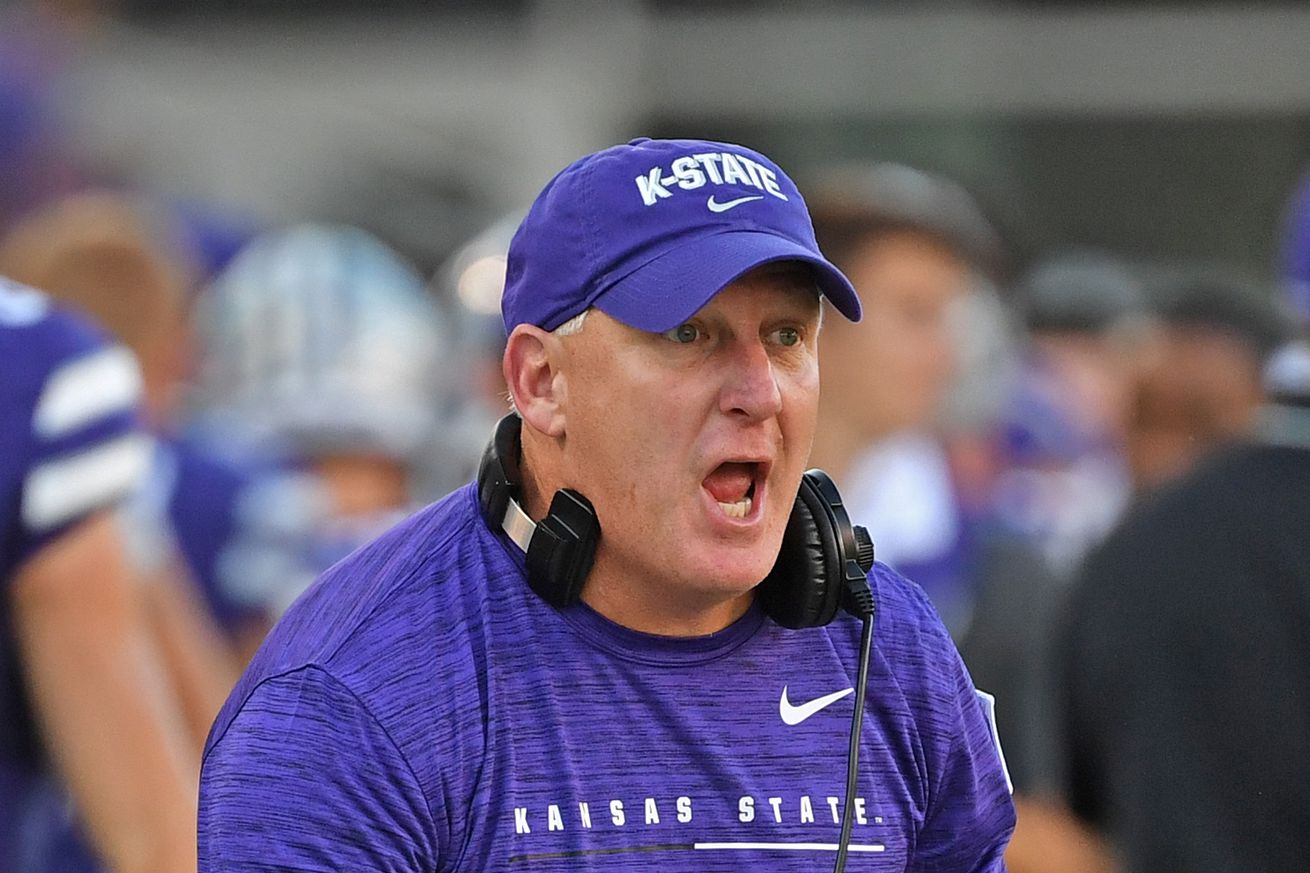 Welcome back Wildcats, it GAMEDAY!

You’ve officially made it. This wasn’t the normal summer slog, a couple months of relative boredom after the collegiate baseball and track seasons end, but before fall camp starts back up. It’s been six freaking months since the last time we saw a Kansas State Wildcats team in competition. But we’ve made it, we’re here, and there will be a football game today. Rejoice.

The Arkansas State Red Wolves are in town today, and are practically seasoned vets at this point after starting their season last week at Memphis (interesting note, the Red Wolves are one of just a handful of teams attempting a full 12-game schedule this season). ASU is going to present a good challenge for the Wildcats. Not as “easy” and opener as Nichols State was last season, but not nearly as tough as opening against Stanford in 2016, or even North Dakota State in 2013. Maybe the best comp is the 2010 season, when the Wildcats opened at home against Rick Neuheisel’s UCLA squad and came away with a 31-22 victory.

Really, what I’m getting at is this is a game K-State should win, but the Red Wolves will put up enough of a fight to make us all a little nervous.

For K-State, we’ll be looking to see how Skylar Thompson fares behind the re-tooled offensive line, and with a shiny new target at tight end and the return of several important playmakers at wideout. Oh, and there’s buzz around a true freshman running back, who could be a x-factor for the Wildcats offense. Defensively, a lot returns for the Wildcats so the primary focus will be seeing growth overall for a unit going on it’s fourth defensive coordinator in four years — yeah, that’s right: Tom Hayes retired at the end of 2017, then Blake Seiler took over for 2018, then Scottie Hazelton in 2019, and now Joe Klanderman.

Overall, though, we’re hoping for a good football game, something that feels “normal”, and a safe outcome for all involved.

Thanks to a postponement, we’ve been promoted to the lead spot on FOX with an 11am CDT kickoff being aired for a national audience for the Big Noon Kickoff show. We’ve got (presumably in Manhattan) Gus Johnson (play-by-play), Joel Klatt (analyst), and Jenny Taft (sidelines) on the call. The game should also be available streaming via Fox Sports Go. Be sure and check out Jon’s complete How To Watch guide for more info.

If for some reason you don’t get FOX, or can’t access the stream, the game can be heard across the 39-station K-State Sports Network with Wyatt Thompson (play-by-play), former K-State quarterback Stan Weber (analyst), and Matt Walters (sidelines) calling the action. The game will also be on Sirius channel 121, XM Channel 199, and available on the TuneIn app. Live stats are available at k-statesports.com, and Twitter updates (@KStateFB) will also be a part of the coverage.