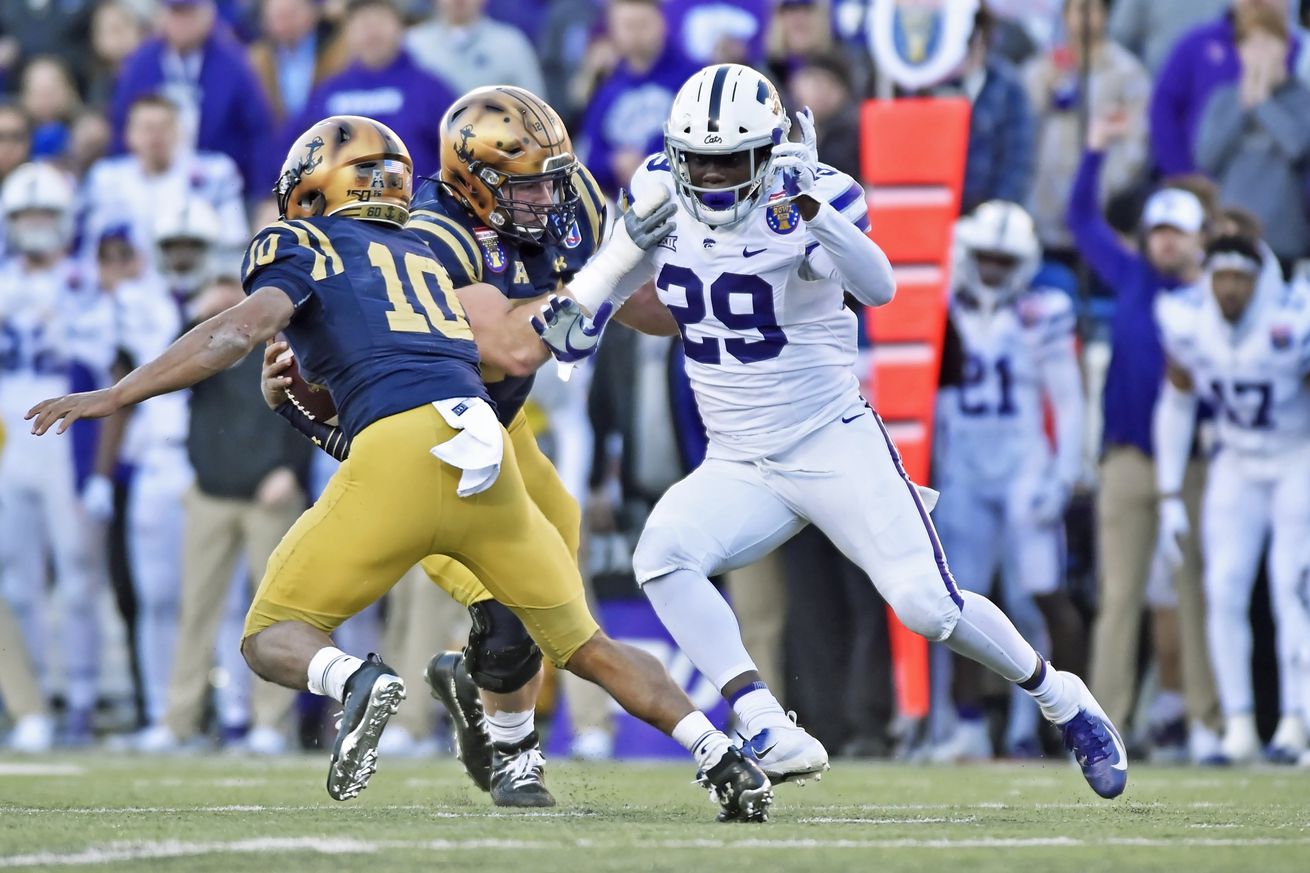 The Wildcats ventured down to Georgia and returned with another solid defensive prospect.

Kansas State secured their second 2021 verbal commit in 4 days when Ozzie Hoffler, a 3*, 6’3, 220 pound defensive end out of Woodward Academy in College Park, Georgia (an Atlanta suburb) cast his lot with the Wildcat’s after a whirlwind recruiting push.

The coaching staff had Ozzie on simmer for a little while, but moved him to the front burner and turned the heat up last Tuesday (8/18) when they officially offered a place in the 2021 class. The Wildcats shot to the top of his 31 team offer list (including Boston College, Virginia Tech, Wake Forest, UCF, Temple, Kansas, and Memphis), and today he made it official.

What He Brings to the Table

Improving overall team speed has been a priority from Day 1 under Coach Klieman, and speed is Hoffler’s elite trait. At 6’3, 220, he’s built more like a linebacker than a defensive end, and he uses that to his advantage. His ability to time the snap and beat the offensive tackle out of his stance allows him to wreak havoc in the opponents backfield.

The defensive coaches have gone out of their way to talk about Khalid Duke’s progress and Hoffler reminds me of Duke as a prospect. Both Duke and Hoffler are from the state of Georgia, and both were recruited with speed off the edge in mind. Duke was listed as a 6’3, 225 pound outside linebacker coming out of Riverside Military Academy, and Ozzie has a similar build at 6’3, 220.

Duke is now listed at 6’3, 245 as a sophomore and is ready to transition from the third-down pass rushing specialist role he occupied last season into an every down contributor in 2020. Ideally, Hoffler follows the same script.

What It Means for Recruiting

The coaches want to put a bow on the 2021 class before devoting their full attention to a loaded in-state 2022 class. This commitment takes the Wildcats to 16 total commits for the 2021 class, and I don’t anticipate the class cracking the 20 commit barrier. I think you’ll see a few more commits like this for the 2021 class. The coaching staff is looking for guys ready to pull the trigger to finish things up after landing longstanding targets like Matthew Langlois and Andrew Leingang in the last few weeks.

Hoffler joins fellow Peach State (although South Carolina grows more peaches) commit Omar Daniels in the 2021 class. The 2020 class featured Tee Denson out of Ellenwood, Georgia (an Atlanta suburb). Georgia looks to be a developing talent pipeline for the Wildcats.

It’s hard to tell at the moment. Another guy like Hoffler could get an offer and commit at any moment. Out of the current offers on the table, Texas athlete Nick Martin is someone to keep an eye on. He received an offer at the end of July, and has shown interest. He would be an outside linebacker in Klanderman’s defense.