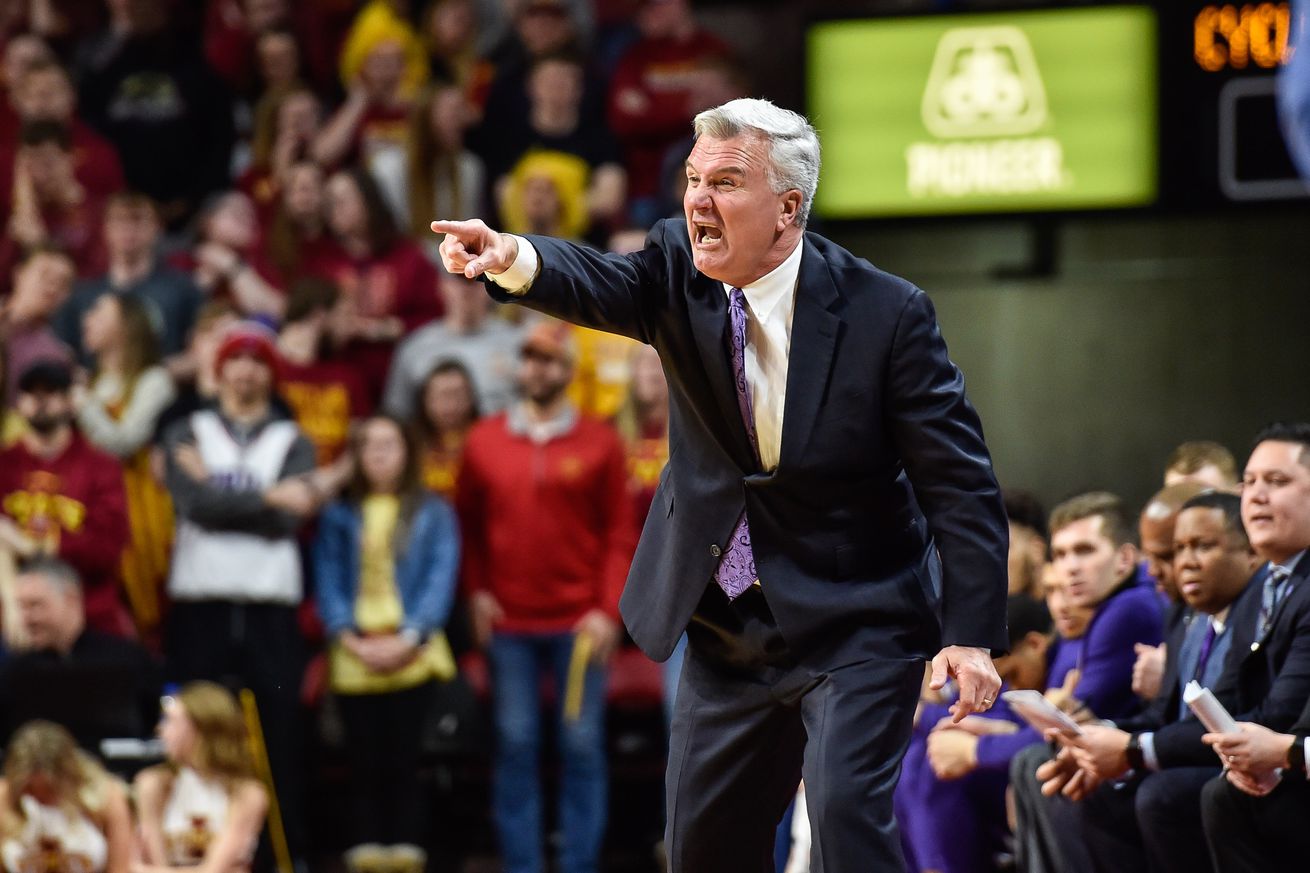 That finger may be pointing the wrong way, Bruce. | Jeffrey Becker-USA TODAY Sports

In a game that featured two of the Big 12’s most offensively inept squads, TCU used hot outside shooting and (what else?) a Kansas State scoring drought over the last six minutes to beat the Wildcats, 68-57. TCU ended its six-game skid. K-State’s losing streak, meanwhile, now stands at five.

Three-point shooting was the glaring difference. The Frogs hoisted 33 attempts from deep, hitting 15 of them (43.3%). The Wildcats managed to make only two of 12 attempts (16.7%). Four TCU players made at least two 3-point baskets. Desmond Bane hit 5-of-10, and he might have been the only Frog to make one over defense all day. After K-State took its last lead of the game, he buried one over Xavier Sneed to ignite the TCU run and put his team in front for good. Many of the Frogs’ makes came off wide-open looks generated by penetration and K-State over-helping off the weak side shooters. Twice, TCU made threes with the shot clock buzzer sounding. Freshman guard Francisco Farabello made two of four attempts, with both makes from about thirty feet away from the basket.

K-State got off to its usual slow start and was on pace for only 40 points a quarter of the way through the contest. But, due to the Frogs’ own struggles, the Wildcats were down only 15-10 at that point. TCU hit six first-half three pointers and stretched the lead to 24-14, but the Wildcats clawed back and rode a 13-2 run to a 27-26 halftime lead. Defense keyed the surge, as the Cats forced 10 first-half turnovers, including five steals, that they converted to 13 points.

Sneed came alive from the mid-range in the second half and finished with 15 points to lead K-State on 6-12 shooting. David Sloan scored 11, and Cartier Diarra—who missed a long stretch of the second half while being treated for a laceration to his chin—scored 10.

TCU was led by Bane’s 17. Jaire Grayer made four threes on his way to 15 points, and RJ Nembhard hit three as part of his 15.

The Cats are at Texas Tech Wednesday night at 8:00. Should be fun, since the Red Raiders will be focused on righting their own ship, which is barely listing compared to our own.