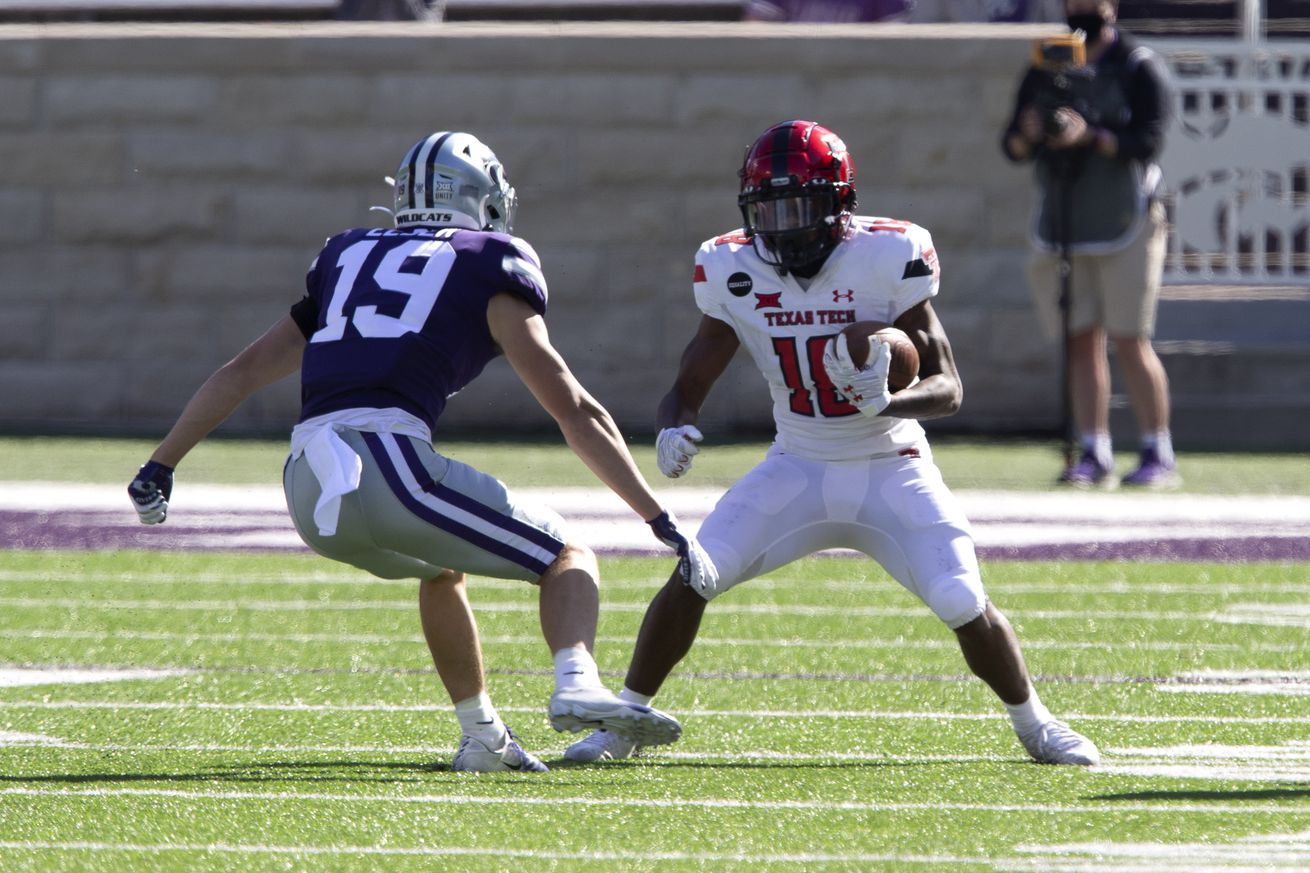 We’d have given the more respectable poll the #20, but the only pics of DJ Render have him wearing #6. | Scott Sewell-USA TODAY Sports

In other words, exactly as expected.

As expected following their bye week, with three teams above formerly-#22/22 Kansas State losing the Wildcats moved up two or three spots in the polls, depending on which one you’re looking at.

In the AP poll, Virginia Tech snuck past K-State to claim the 19th spot, leaving K-State with a two-place move up to #20. The Cats maintained their lead over the Hokies in the coaches’ poll, moving up three spots to #19.

Among teams that have actually played football, that leaves K-State 15th in the AP and 14th in the coaches’.

The big shakeups this week:

Expect more upward mobility for K-State the next two weeks. On Saturday, the Cats host Kansas for homecoming, and they opened today as a 17-point favorite. The following weekend, K-State visits West Virginia, a team which managed to beat Kansas yesterday 38-17 but looked like garbage for much of the game regardless.

This all leads to a potential big first-place showdown with Oklahoma State in Manhattan on November 7.