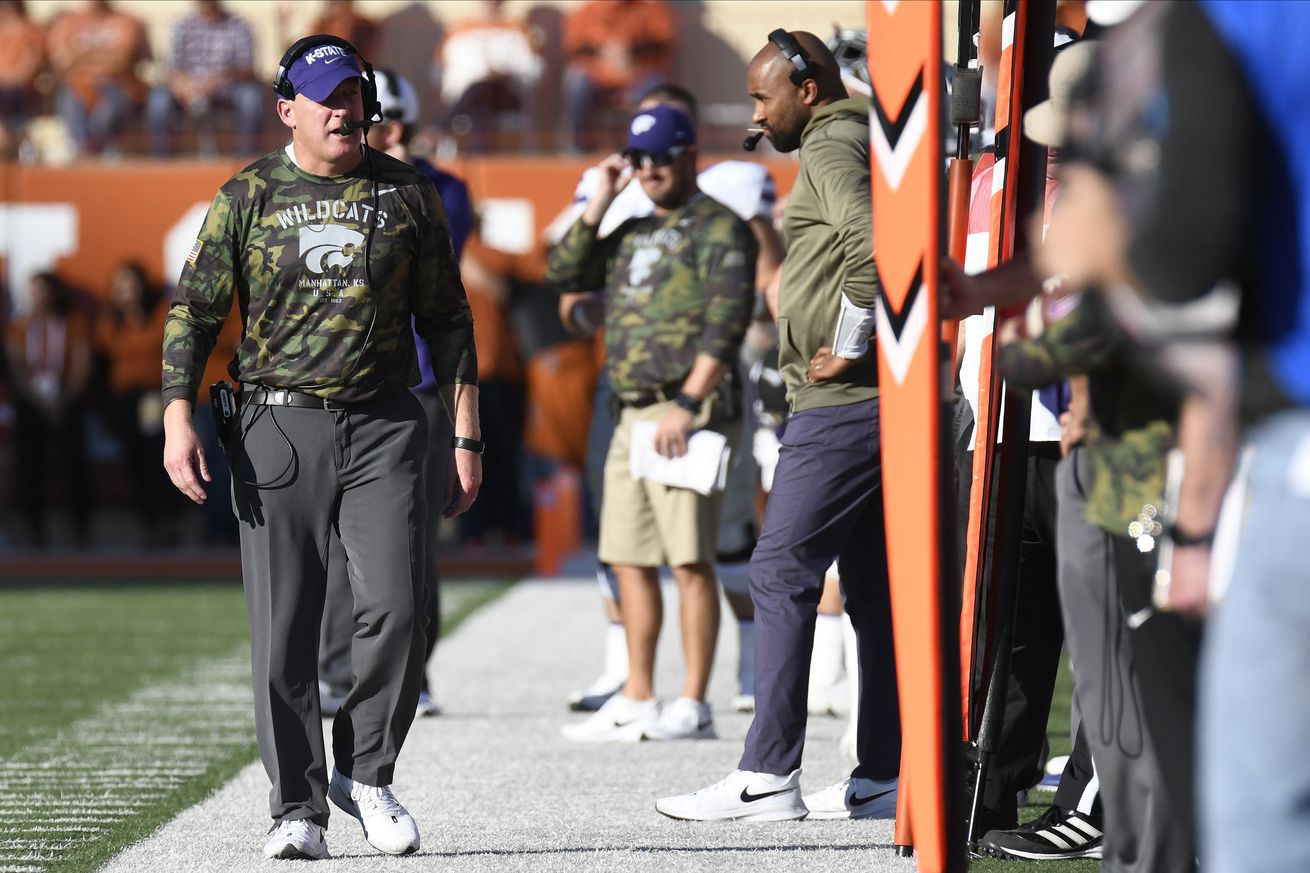 February 5th, 2020 is National Signing Day for the 2020 college football recruiting cycle. For the Kansas State Wildcats, this marks the first season since the start of the early signing period three years ago that the recruiting class is already almost nearly complete headed into NSD. And while yes, they’ve had a full list of committed players in the past, but never before has K-State gone into this day with 23 players, two short of the new singing limit, already signed for the Wildcats.

That’s 23 total signees for the 2020 class in the early period, 18 high school athletes and five from the junior college ranks. Of that group, all five JUCO players are already on campus for the spring 2020 semester, and they are joined by a whopping 12 early HS graduates (Denson, Hayes, Howard, Moore, Smith, Stufflebean, Swanson, Travis, Triplette, Vaughn, Warner, Willis). So of the 23 already signed, 17 are already on campus and available to participate in spring practice. That’s a relatively large number, one that bodes well for the future development of the program.

The coaching staff hasn’t spent much more time on the 2020 class after the early signing day ended with a huge crop of talent. Most of their focus has turned to the 2021 class (and beyond), which is already paying huge dividends. However, there are still some open spots remaining in this class, so how does the staff plan to fill them?

First up, there are two committed but unsigned recruits. Offensive line prospect Sam Shields has been committed to the Wildcats for a long time. The Manhattan native is expected to be a “blueshirt”, which is a relatively new process that allows K-State to count him towards the 2021 class as long as he’s met certain criteria. He is expected to officially sign with the Wildcats tomorrow. The other is o-line prospect Hadley Panzer out of Lakin, KS. He suffered a broken leg during his senior season, and the plan for him now is to greyshirt. A common practice by the previous staff, the new staff looks to reserve it for extremely rare cases like Panzer’s, who now gets another whole semester to heal a rehab before he counts towards the Wildcats’ scholarship limits.

That still leaves at least two open scholarship spots for the 2020 class. The staff has been keeping an eye on the transfer and JUCO markets, and just recently extended an offer to a JUCO defensive end out of Utah. They are playing a very direct and precise strategy with their final scholarships, instead of needing to cast a wide net this late in the cycle. Immediate needs along both lines are great places to patch with a grad transfer or a JUCO guy who might be an early qualifier (could leave after one season at JUCO, having three or four years left (with a redshirt) remaining to play at the college level).

If they don’t land the guys they want — and don’t look at it as a failure if they do because at this point anyone they sign is a luxury item and not a core need (well, that’s sure different too) — there’s the possibility of giving a scholarship to a deserving walk-on.

Speaking of walk-ons, while this staff certainly won’t expect the kind of huge impact from the walk-on market like the previous staff, they still want these guys as quality depth and practice players, while keeping open the possibility of finding a diamond in the rough. A couple to look out for, that might also receive a scholarship offer if nothing else pans out, are Ty Bowman, a 6’5” athlete from Chanute, KS, and CJ Horton, a 6’6” TE/WR from Fort Scott, KS. Bowman could end up anywhere from QB (where the lefty put up stellar number in high school and will likely begin his K-State career) or TE to linebacker or safety. Horton has the frame and skills to turn into a surprise get at the TE spot that is now a key part of the K-State offense (they’re not just a glorified 6th lineman anymore). They join a handful of other quality athletes from around Kansas (and the region) that had offers at lower FCS and D2, but have chosen to walk-on at K-State instead. Don’t expect the tradition of #WalkonU to go anywhere, but at least it won’t be as critical as it used to be.

This is a solid overall first-full recruiting class for Chris Klieman and his staff. It provides depth across the board, filling holes created by departures, and is a great foundation-type class. This is not a class that’s heavy on star power, but it’s the kind of class that helps re-build a program. The 2020 class is the first showing of what the new emphasis on recruiting can do for a program like K-State, and that’s it’s not actually hard to recruit to K-State if you’re actually putting in the effort (and allowing your staff to put in that effort) all season long. There are certainly still areas to improve on, but most of those will be fixed by the coaching staff having a full season of FBS experience and record to showcase to recruits.