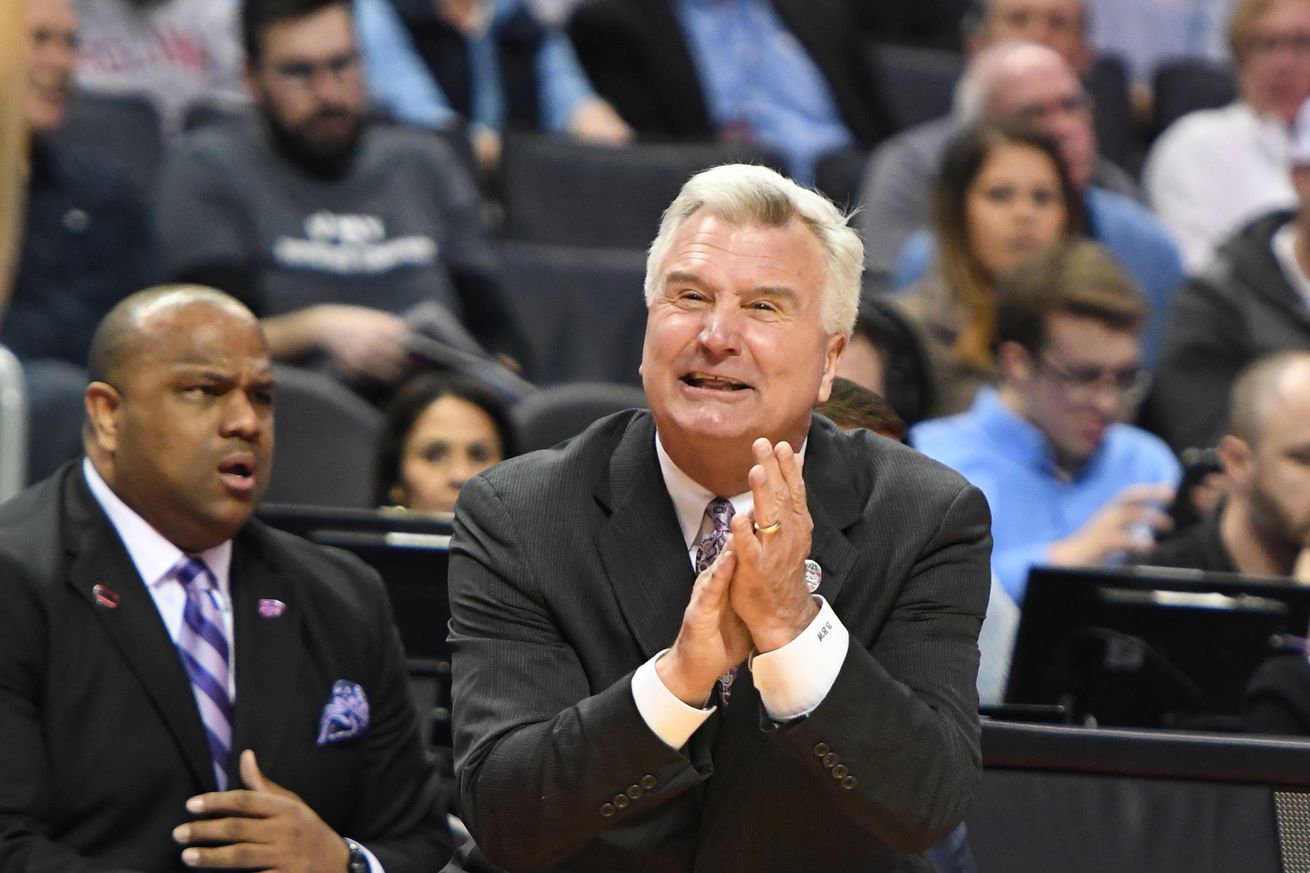 The Wildcats will look to end their conference-record losing streak on the road tonight against the Cowboys.

Thanks for sticking with us, Wildcat fans.

It’s not been a pleasant season. The wheels fell off early, and things have never gotten back on track since then, leading to the current state of affairs for the Kansas State Wildcats. We’re on the precipice of setting a new record for losing, secured by Saturday’s 62-58 loss to KU that guaranteed that the Wildcats will lose more than 20 games in a season for the first time in their history. Certainly the boys in purple can stake off fate for another day, but barring a miracle — the kind that movies are made of — 21 will come sooner or later.

Getting out of last place isn’t even mathematically possible with Oklahoma State and Iowa State (tied for 8th) both already having five wins on their resume.

But the Wildcats can still play spoiler tonight on OSU’s Senior Night. And they can give their own seniors the proper send-off after a tumultuous season. And maybe they can win a game or two in the Big 12 Tournament and give us all the thinnest ray of hope. It’s possible, anyway.

The Wildcats went win-less in February. Lets hope a change in the calendar can change their fortunes — at least for a little while.

We’ve got the later start tonight with an 8:05pm CST tip that can be seen on ESPNU with Robert Ford (play-by-play) and Tim Welsh (analyst) on the call. You might be able to stream the game via WatchESPN if the game isn’t blocked in your area.

If you don’t get ESPNU, or can’t access the stream, you can listen to Wyatt Thompson (play-by-play) and Stan Weber (analyst) call the game on much of the K-State Sports Radio Network, and also available online via the TuneIn App and at K-StateSports.com, and satellite radio on XM 386.