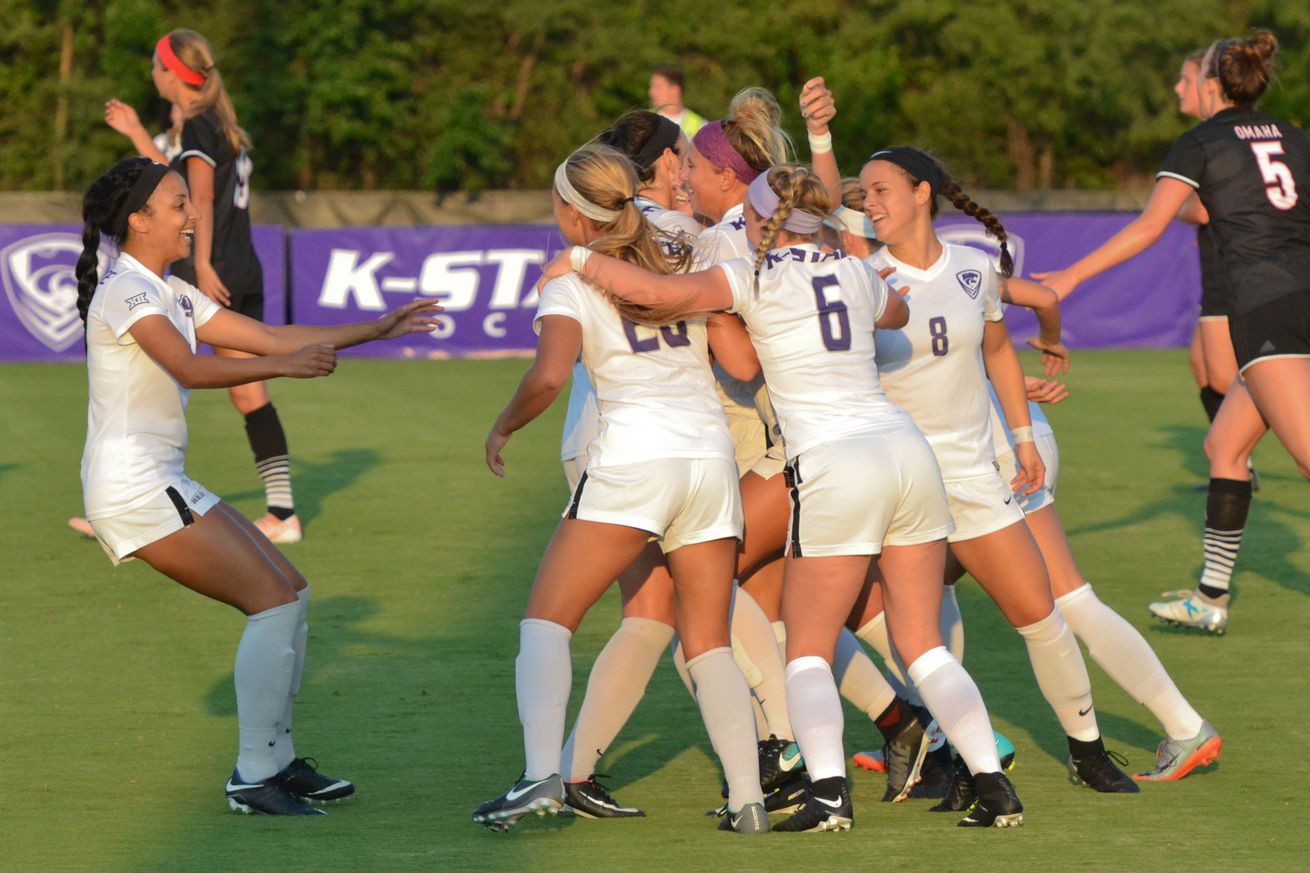 No football for the Wildcats today, but the soccer team finally won a match

The Wildcats are off today. A much-needed off week will help Kansas State hopefully return to full strength at a number of key positions. Most importantly, with Skylar Thompson lost for the season, the bye week should be a good time to get Will Howard 100% of the first-team reps in practice.

Kansas State is in a reasonably good place right now, in a three-way tie for first in the Big 12. But with a backup quarterback taking the reins the rest of the way, do the Wildcats have a shot at the ring? Short answer: no. Longer answer: maybe.

Finally, in his weekly Q&A, Kellis Robinett ponders a future that doesn’t include Joshua Youngblood.

Kansas State won its first game of the season with a 3-0 victory over Oklahoma. It’s only the third conference win for the program and the first home Big 12 shutout in the school’s five-year history.

Shae Turner drew first blood, scoring in the third minute on a header from two yards out. Forward Kyler Goins added a goal in the 24th minute, and Brookelynn Entz provided the game’s loan second-half goal on a free kick.

The team is back in action next week, with a Thursday match at Baylor followed by a home contest against TCU on Saturday.

Aliyah Carter had 26 kills, a school freshman record, while teammate Brynn Carlson added 20 kills of her own.

The two teams will play the second match of the series today. First serve is set for 6 PM.

Have a relaxing bye weekend, all. May it be filled with derisive laughter at the expense of KU football.