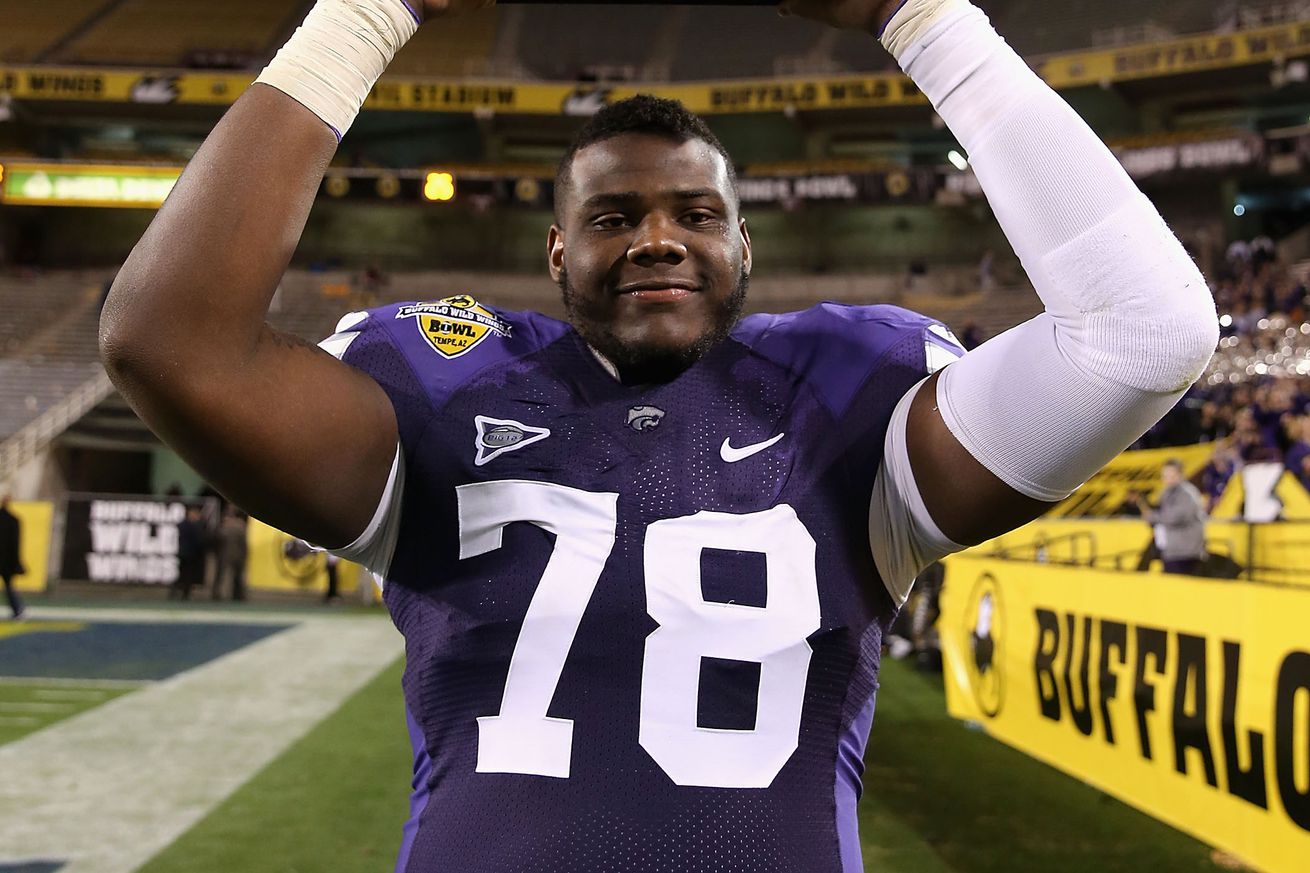 Cornelius Lucas was the last prominent player to wear No. 78. It’s typically reserved for offensive linemen, with Marshall Kellner the latest to wear it.

In which BracketCat counts down the 78th day until the 2020 kickoff with a profile of Kansas State offensive lineman Marshall Kellner.

Marshall Reed Kellner (b. Sept. 21, 1999) is an offensive lineman from De Soto High School who walked on at K-State instead of taking his talents to William Jewell or Central Missouri.

A three-year letter-winner at De Soto under head coach Brian King, Kellner was named to the Kansas Football Coaches Association (KFBCA) and The Topeka Capital-Journal Top-11 teams as one of the best 11 players in the state of Kansas among all classes in 2017 after totaling 92 pancake blocks and not allowing a sack.

He also earned first-team all-state honors as a senior from The Topeka Capital-Journal and The Wichita Eagle, and was an honorable mention pick as a junior by the Capital-Journal.

A finalist for the Bobby Bell Award, given to the top small-school lineman or linebacker in the Kansas City metropolitan area, Kellner also was named a first-team All-Metro performer by The Kansas City Star.

He helped to lead the De Soto Wildcats to a 10-2 record and a state playoff appearance as a senior, while the team earned a league championship following a 7-3 record in 2016.

Kellner was excited about the possibility of competing for a roster spot at K-State, even though it meant passing up a scholarship at a lower level of competition.

“You won’t even know the difference between who’s on scholarship or who’s a walk-on player at K-State,” Kellner told the Star.

“The walk-on tradition there is so great. You have a great chance of earning a scholarship there and playing eventually. It looks really promising.”