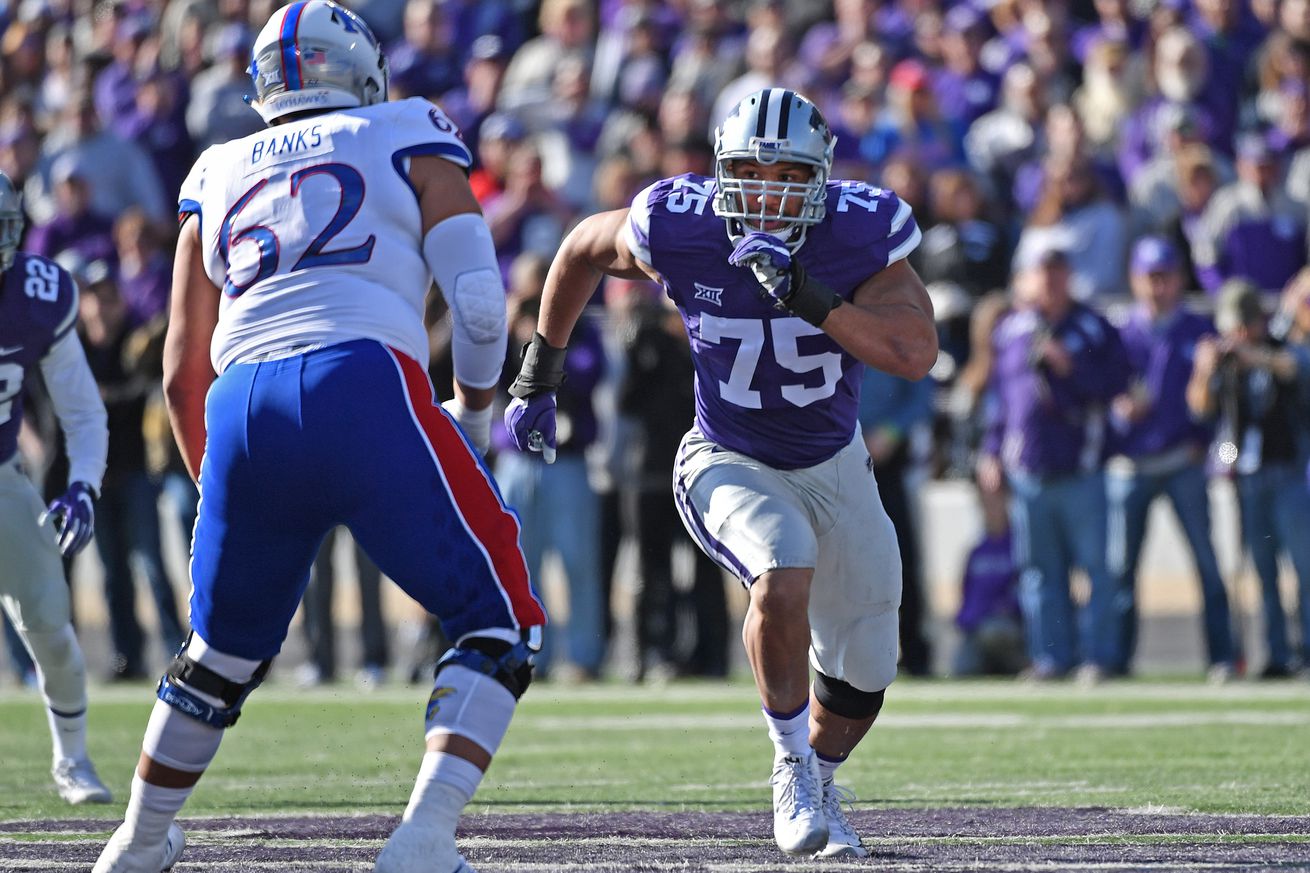 In which BracketCat counts down the 77th day until the 2020 kickoff with a profile of Kansas State offensive lineman Carver Willis.

Carver Michael Willis (b. April 20, 2002) is a promising and athletic offensive lineman with good feet and technique. He arrived early for spring practice, but is still likely to redshirt.

“We saw the physicality in film, and we wanted to see the athleticism,” said head coach Chris Klieman. “The athleticism was there in camp and that was the big thing that we needed to see — the ability to take his steps and the ability to move his feet. You could tell he was a technician. Once we saw him do those things, we felt pretty comfortable.”

Willis played under head coach David Vogt at Durango High School, where he was rated the 86th-best offensive tackle in the nation and the seventh-best player in the state of Colorado in the Class of 2020 by 247Sports.

He earned honorable mention all-state honors as a junior in 2018 for the Demons before picking up first-team honors as a senior after helping Durango to earn an 8-4 record and a trip to the state quarterfinals as a senior.

Willis also lettered in basketball. He plans on majoring in business at K-State.