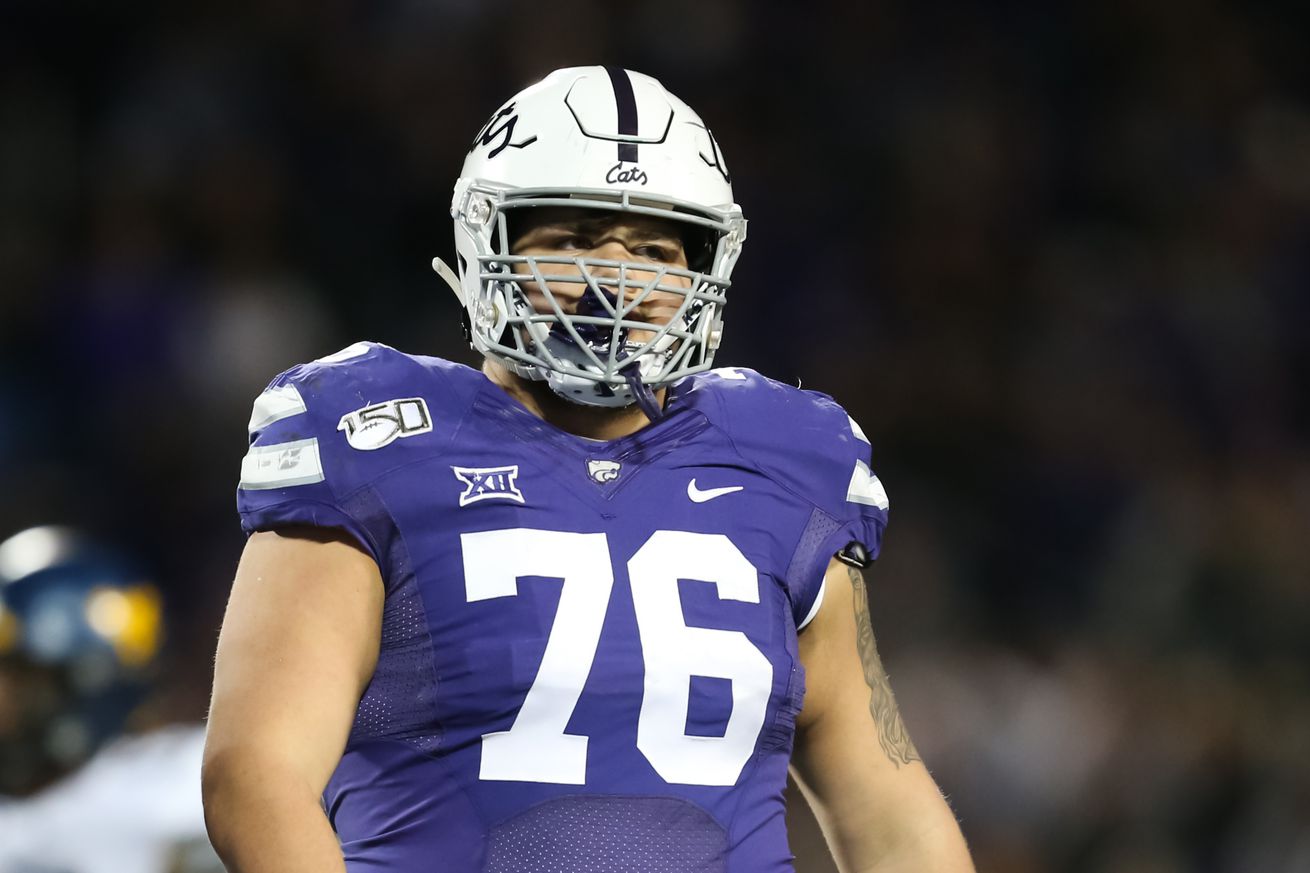 Josh Rivas (76) is the only returning offensive lineman with any significant playing experience in 2020. Probably safe to pencil him in as a starter… | Photo by Scott Winters/Icon Sportswire via Getty Images

In which BracketCat counts down the 76th day until the 2020 kickoff with a profile of Kansas State offensive lineman Josh Rivas.

Rivas saw significant action at guard in all 12 games in 2018, including starts at TCU and Iowa State. He helped the Wildcats to finish third in the Big 12 by averaging 182.6 rushing yards per game, which included a 184.2-yard average in conference games to rank second.

Rivas also played in all 13 games in 2019 as a regular in the rotation at offensive guard, earning second-team All-Big 12 honors from the Associated Press.

He helped the Wildcats to rank fourth in the Big 12 Conference with 178 rushing yards per game and third in the league with 29 rushing touchdowns.

Rivas was a three-star-rated player by Rivals who also had offers from Arkansas, Kansas, Memphis, Missouri and Purdue. But he apparently had been a K-State fan since the age of 5.

He was regarded as the 50th-best guard in the Class of 2017 by ESPN, while he was rated the third-best player in the state of Kansas by ESPN and 247Sports.

Rivas was a two-time USA Today Sports/American Family Insurance All-USA Kansas team member, a two-time all-state honoree by The Topeka Capital-Journal and The Wichita Eagle, and an honorable mention pick by both media organizations as a sophomore.

He also earned all-state honors from the Kansas Football Coaches Association (KFBCA) as a senior, was named to The Wichita Eagle and KFBCA top-11 teams in 2016, earned All-Midlands Region accolades from PrepStar, and also participated in track and field.

Rivas was named the Ark Valley-Chisholm Trail League Division I Offensive Player of the Year as a senior after helping the Salthawks to earn a 10-2 record and rush for 356 yards per game. He was selected to play in the 2017 Kansas Shrine Bowl.