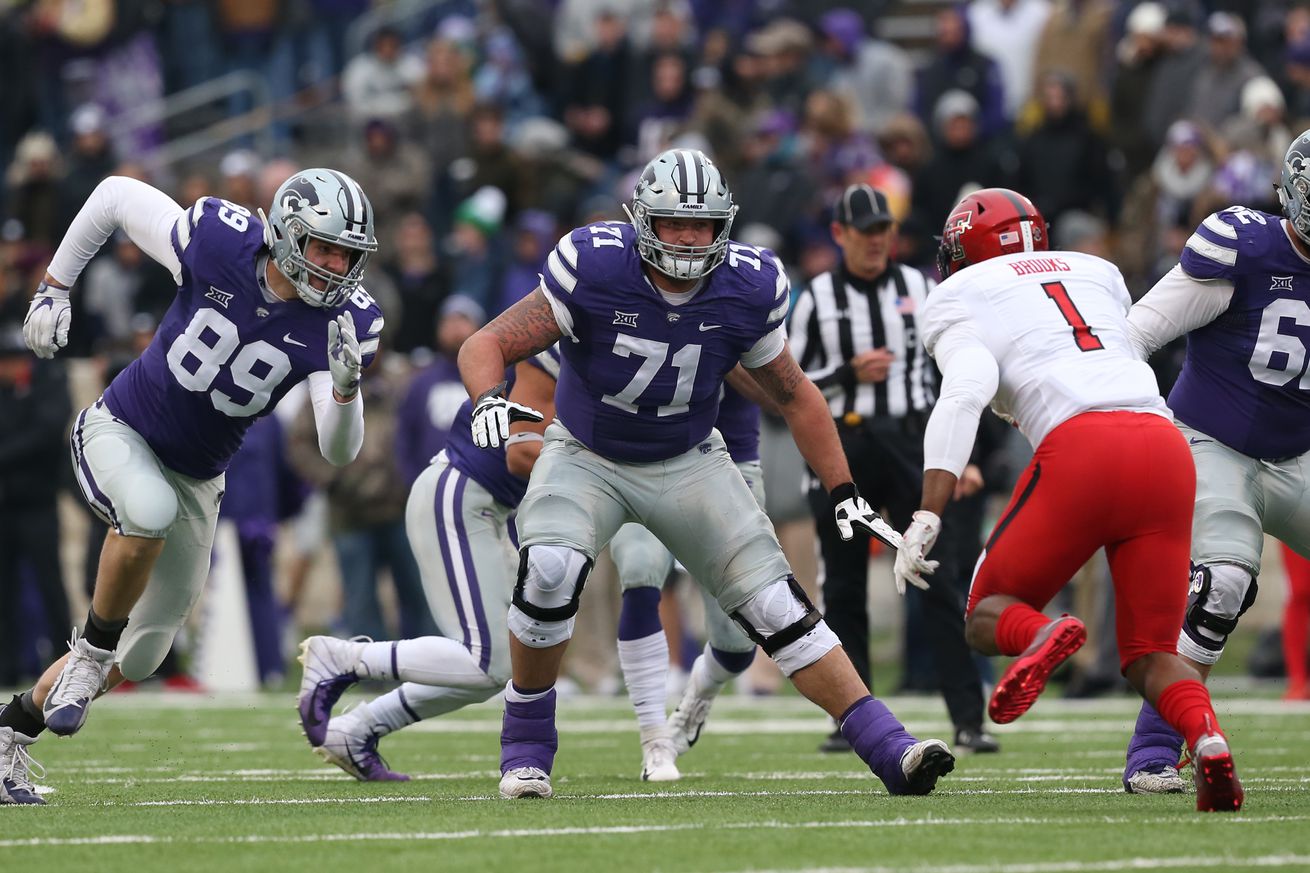 In switching to the same jersey number and position as K-State’s last NFL Draft pick, Dalton Risner (71), Logan Long is putting a little pressure on himself that wasn’t there as a tight end in 2019. | Photo by Scott Winters/Icon Sportswire via Getty Images

In which BracketCat counts down the 71st day until the 2020 kickoff with a profile of Kansas State offensive lineman Logan Long.

Logan Jay Long (b. May 24, 1999) was a walk-on tight end from Woodward in Oklahoma who since has converted to the offensive line in order to seek more playing time.

Long redshirted in 2017 and did not see any playing time in 2018. However, he played in all 13 games in 2019, including the TCU contest, when he earned his first career start.

The highlight of his season might well have been when he blocked Oklahoma safety Parnell Motley out of bounds and Motley retaliated by kicking him in a very notorious moment.

Long helped the Wildcats to rush for 178 yards per game to rank fourth in the Big 12, while he also was a part of helping the Wildcats to score 29 rushing touchdowns, the third most in the Big 12. He had three catches for 10 yards on the season and earned first-team Academic All-Big 12 honors.

He earned all-state honors in 2016 from the Oklahoma Coaches Association, was selected to play in the 2016 101 Classic Bowl and graduated as the valedictorian of his class.