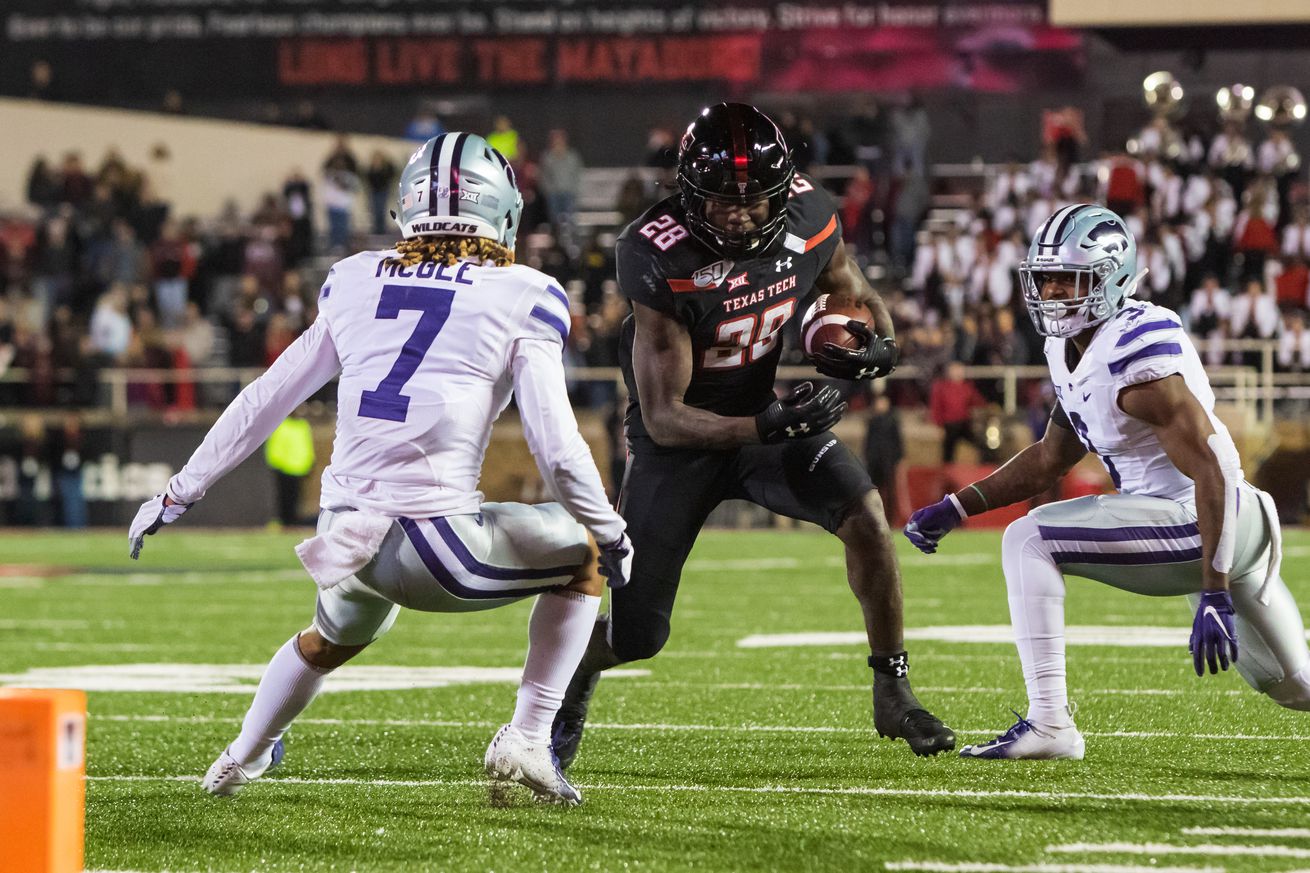 The task of replacing graduated cornerback Kevion McGee (7) will not initially fall to incoming freshman defensive back TJ Smith, but his No. 7 jersey sure will. | Photo by John E. Moore III/Getty Images

In which BracketCat counts down the eighth day until the 2020 kickoff with a profile of Kansas State defensive back TJ Smith.

Tajiri Shemar “TJ” Smith (b. Sept. 23, 2001) is an athletic defensive back from McEachern High School in Atlanta. He plans on majoring in business and enrolled early in the spring.

Smith played under head coach Franklin Stephens at McEachern, where he was rated the 62nd-best cornerback in the Class of 2020 by Rivals, and registered 41 tackles and 10 passes defended as a senior.

He previously was committed to and later de-committed from the University of Memphis.

His brother, Christopher Smith II, currently is a junior defensive back at Georgia.

Smith reportedly is working out at the nickel back position this fall and has a chance to play.

Here’s what assistant head coach, passing game defensive coordinator and cornerbacks coach Van Malone had to say about him recently:

“(Smith)’s a young player with tremendous intensity. He loves football. He plays hard. He’s a vocal guy. So, I anticipate all the things that we said about Jahron (McPherson), we’re going to be saying the same kinds of things about TJ as he continues on in his career. He’s a very competitive and very intense young man. It’s always hard to say (if he can see the field this year), but if any young man could, he definitely puts himself in position to say that. We haven’t practiced a whole lot, but the things that we’ve seen so far would give you the clue that he could.”

Don’t just take his word for it, though. Head coach Chris Klieman had this to say of Smith:

“TJ Smith will be a kid that helps us this year. He just understands the game of football. Credit TJ, he works his tail off from a mental standpoint.”