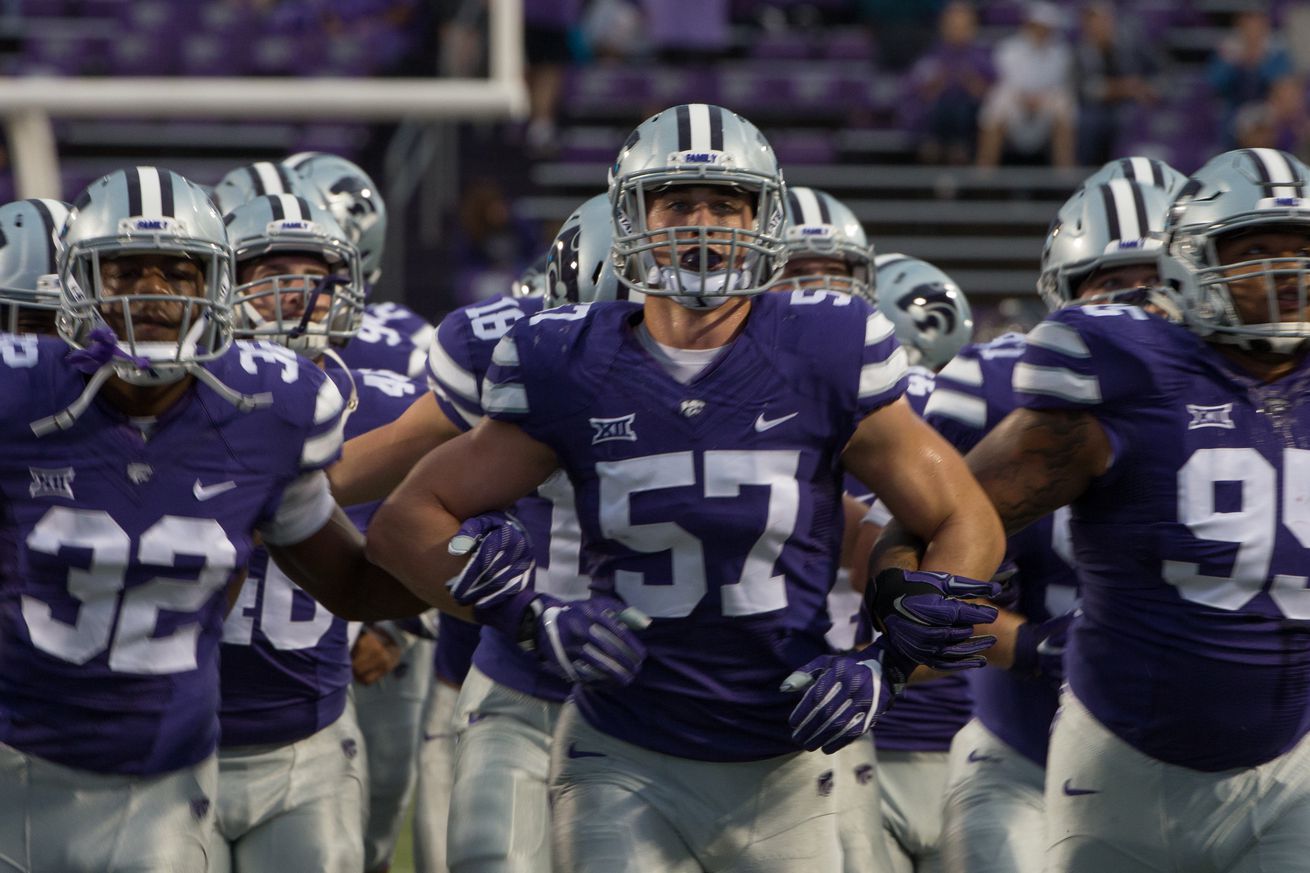 Freshman Beau Palmer will be the first walk-on linebacker to wear No. 57 since Colborn Couchman (57) four years ago. Perhaps he even will eventually earn a scholarship like Couchman. | Photo by William Purnell/Icon Sportswire via Getty Images

In which BracketCat counts down the eighth day until the 2020 kickoff with a profile of Kansas State linebacker Beau Palmer.

Beau Palmer (b. July 5, 2001) is a walk-on linebacker from Blue Valley High School in Overland Park. He plans on majoring in marketing and very likely will redshirt in 2020.

Palmer played under head coach Allen Terrell at Blue Valley, where he earned first-team all-state accolades from The Topeka Capital-Journal, The Wichita Eagle and the Kansas Football Coaches Association as a senior.

A two-time all-league linebacker, including first-team honors as a senior, Palmer totaled 161 career tackles for the Tigers, including 80 during his senior campaign.

He had four forced fumbles, two recoveries, a blocked punt return for a touchdown and a pick-six, and also lettered in track and field.

Palmer’s uncle, Adam Helm, was a legendary backup quarterback for K-State who lettered in both 1998 and 1999, while his grandfather, J.D. Helm, played football at Kansas.