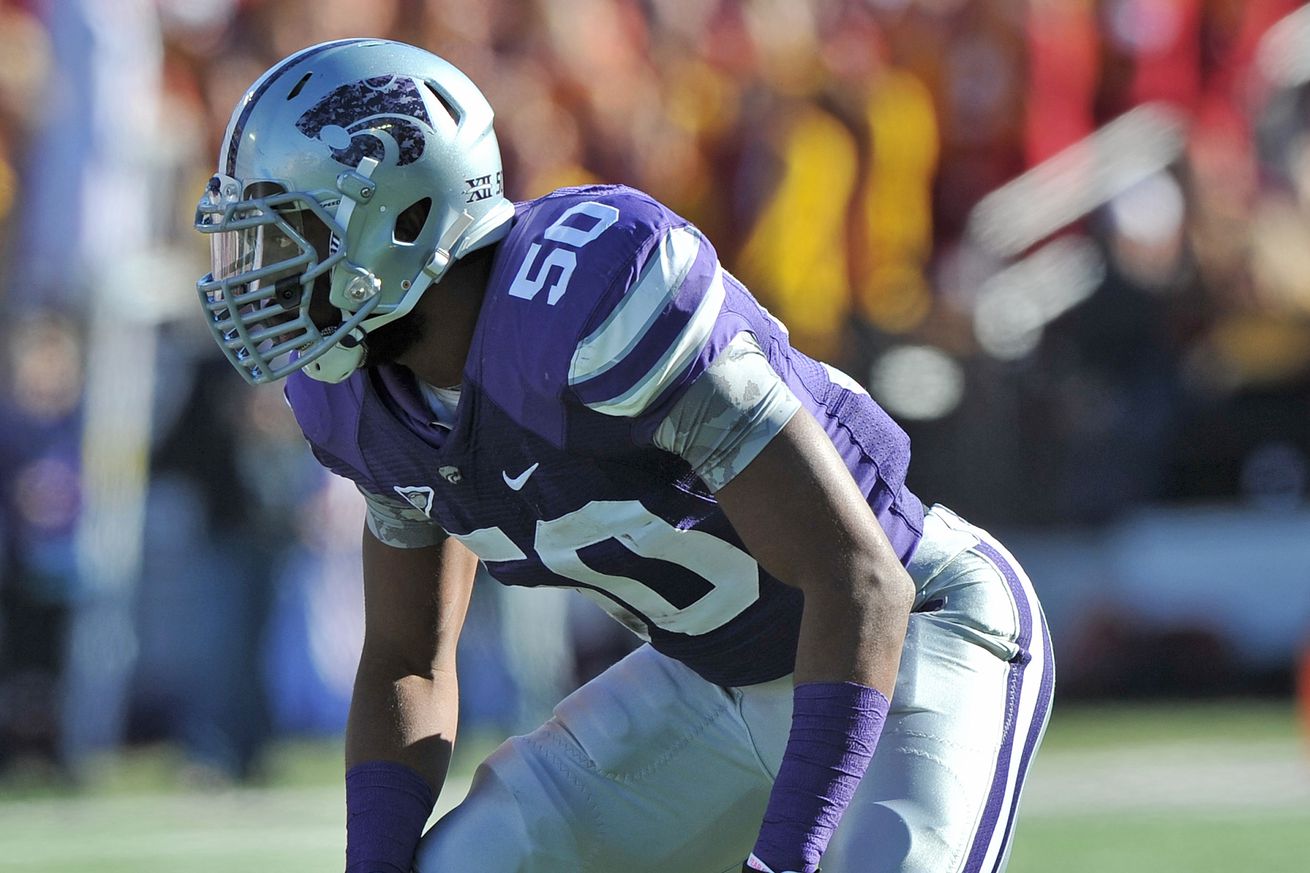 Seeing No. 50 line up conjures up memories of such K-State linebacking greats as Tre Walker. Not so much a taller defensive end like Tyrone Taleni. | Photo by Peter G. Aiken/Getty Images

In which BracketCat counts down the 50th day until the 2020 kickoff with a profile of Kansas State defensive end Tyrone Taleni.

Tyrone Taleni (b. June 10, 1996) is a Samoan native, defensive end prospect and late signee out of Mt. San Antonio College in Walnut, California. He enrolled early for spring practices.

Taleni played the 2019 season for the Mounties under head coach Bob Jastrab. It does not appear that he used a redshirt season, so he should have four years to play three seasons.

Taleni also broke up a pass against Palomar. He signed with K-State in February over offers from Dixie State, Hawai’i, Houston Baptist, Robert Morris, UTEP and Western Illinois, as well as interest from Utah State and Washington State.