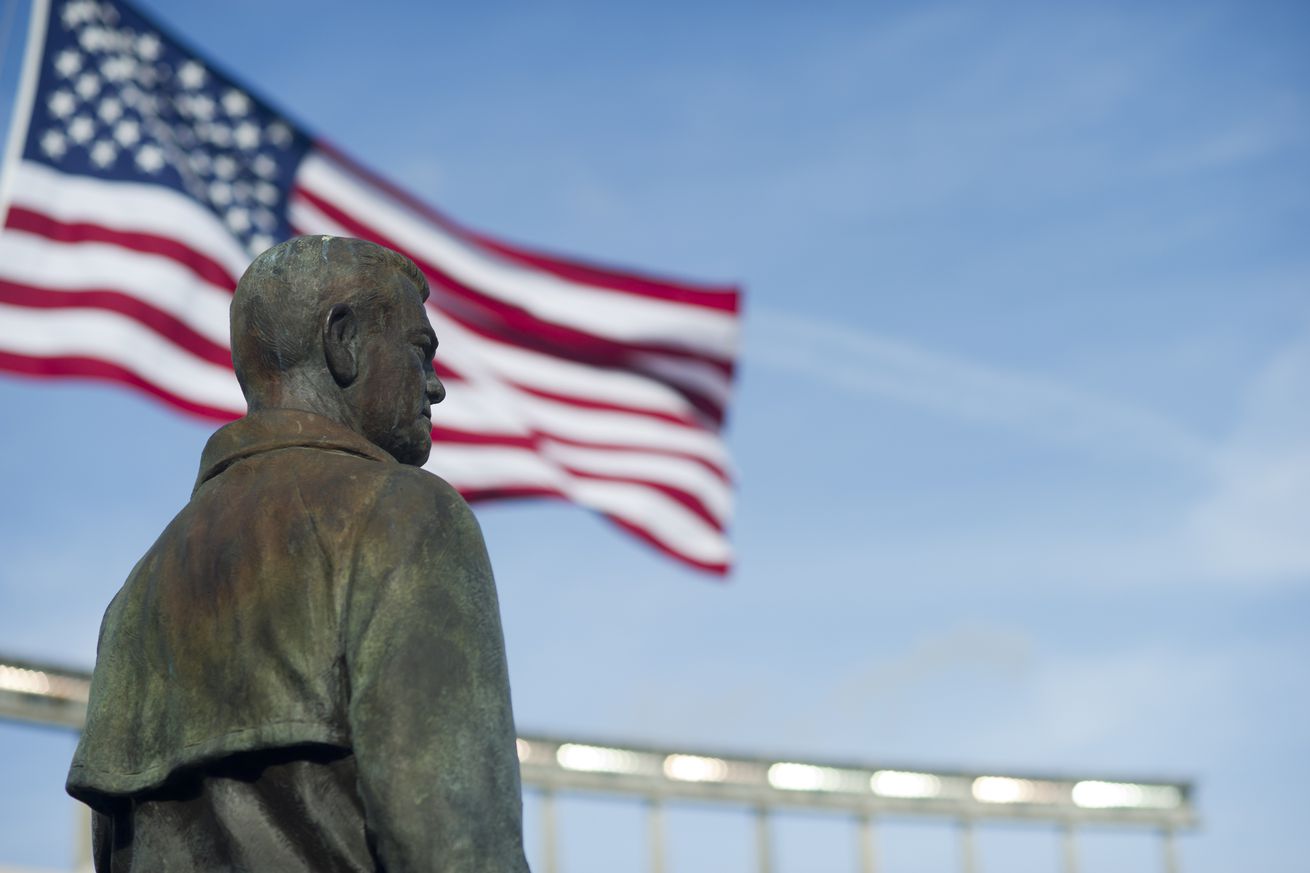 It was a grueling challenge, but we managed to find five.

There’s a lot to dislike about the Oklahoma Sooners, make no mistake. Despite this, our staff has managed, somehow, to find five Land Thieves whose contributions to our lives have not been entirely negative.

Who? Well, he’s the current strength and conditioning coach at… [checks notes] …ah, yes, Kansas State. That’s enough to get the former Oklahoma Sooners linebacker on this list, even if he did spend five seasons down the river in Lawrence.

A three-time All-American for whom the nation’s premier award for top freshman is named, Tisdale slid over to Norman after a huge high school career at Booker T. Washington in Tulsa, a school y’all are very familiar with. Make no mistake: Tisdale put a hurt on K-State during his three years at Oklahoma, but that coincided with the nosedive of mediocrity the Wildcat program suffered in the final four years of Jack Hartman’s tenure, so it really didn’t matter. Amidst all this, Tisdale pulled down a gold medal, leading Team USA in rebounding during the 1994 Olympics.

Tisdale’s faith was so important to him that Billy Tubbs actually changed Oklahoma’s practice schedule to accommodate him. That faith was not feigned, nor did it come from nowhere; Tisdale’s father was a pastor so well known in Tulsa that the Osage Expressway was renamed the L.L. Tisdale Parkway after his death in 1997.

After graduation, the Pacers picked Tisdale second overall in the draft. In 1988, Tisdale moved on to Sacramento; three years later he found himself playing alongside Wildcat great Mitch Richmond after Run TMC broke up. Sadly, although the pair — along with former La Salle scoring machine Lionel Simmons — still couldn’t get the former Kansas City Kings to .500 before Tisdale moved on to Phoenix.

After three years in the desert, Tisdale retired at the surprisingly young age of 33, still carrying a 15.3 points-per-game average, and began focusing on his true love: music. Tisdale was already a noted jazz bassist with one Motown release under his belt by this time; devoting himself to it as his new career, he landed a Billboard Jazz #1 with his 2001 album Face to Face.

Tragically, in 2007 the 43-year-old Tisdale was diagnosed with bone cancer in his knee. Due to his size, doctors had trouble devising a proper chemo plan, and in 2008 he had to have his right leg amputated above the knee. But the chemo itself would eventually kill him. In May 2009, Tisdale was admitted to the hospital with breathing problems, and died of an esophageal rupture.

You can’t blame Wilkinson for what Oklahoma did to K-State in the post-war era. K-State did that all to themselves. But it’s awfully hard to hate a guy who won 47 games in a row, and was for a long time the broadcast booth partner of the great Keith Jackson — and an absolutely exceptional and engaging analyst himself.

That’s right. Most people know him as the legendary coach of the Texas Longhorns, but DKR played his college ball for Wilkinson in the late 1940s as a quarterback and defensive back. Under center, Royal went 16-1 as a starter; on defense, Royal still holds the Oklahoma records for career (18) and single-game (3) interceptions.

Of course, because we’re complete jerks here, Royal is actually on this list for all the pain he inflicted on Oklahoma during his 20-year tenure in Austin. Royal went 12-7-1 against the Sooners, including eight straight from 1958-65. During that stretch, Texas ruined Oklahoma’s season twice, knocking off the #2 Sooners in 1958 and then knocking Oklahoma out of the top spot in 1963.

Sure, he was infectiously friendly, which would be enough to warrant being on this list.

But y’all remember this.

Oklahoma lost that game in triple overtime, 109-106. Hield finished with 46 points, tying the record for points scored by a player against Kansas at Allen Field House. But afterward, Buddy did something astounding.

He didn’t retreat to the locker room. He stayed on the court, waiting to be interviewed until after Scott Van Pelt talked to Perry Ellis. He actually took the blame for the loss, despite the fact that Frank Mason had blatantly fouled him on Oklahoma’s final inbound play while the official, clearly desperate to get the hell out of the arena, ignored it. Buddy was gracious and humble, and even with the controversial non-call which would normally have been the reason for an hour-long Twitter explosion, “I love Buddy Hield” was what actually took over Twitter that night.

Even those self-absorbed clowns down the river stayed so that they could give him a standing ovation as he finally left the floor ten minutes after the final buzzer. Imagine.

Drafted by the Pelicans, Hield was traded to the Kings before completing even a full season. It took a couple of years to get on track, but in 2018-19 Hield averaged over 20 points a game, and still guns threes at better than 40% clip as a pro. His production tailed off this season as he returned to the sixth man role, but he was still putting up 19.8 a game. He dropped a career high 42 on the Timberwolves the day after Kobe Bryant’s death, and won the three-point contest at this year’s All-Star break.