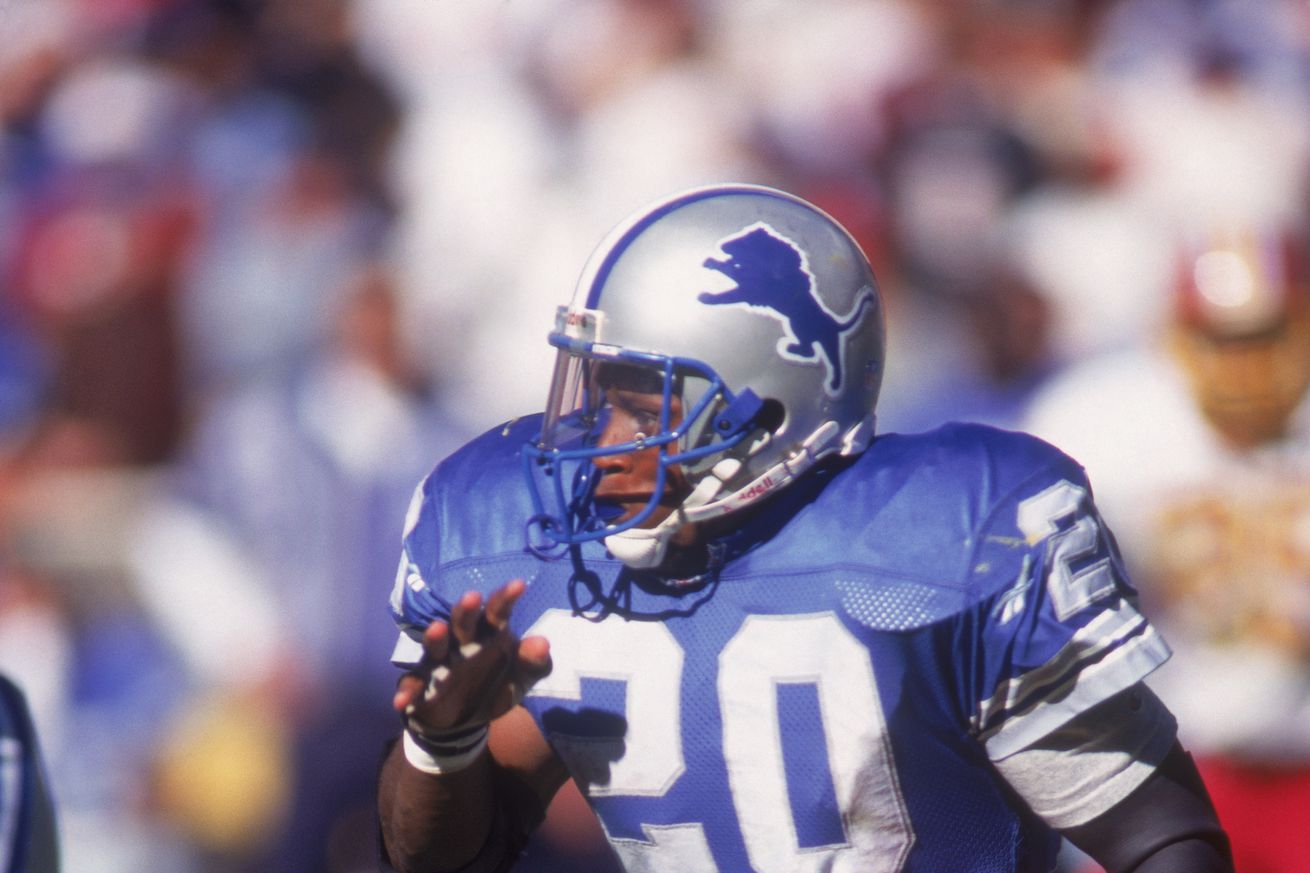 Look, just because we don’t hate him doesn’t mean we have to show him in orange and black. | Photo by Focus on Sport via Getty Images

Three tap-ins, one tough decision, and a ringer.

For more modern Kansas State fans, Oklahoma State is almost as easy to hate as Oklahoma has been. Between a perception — true or not — of dirty play under Mike Gundy to those damned hobbits raining threes on the hardwood, the Cowboys have caused no end of grief for the good guys over the last couple of decades.

Still, our staff managed to reach deep into ourselves and find five Stillwater Standouts who we’re basically okay with.

Oklahoma State destroyed the Wildcats during Thomas’s career in black and orange, but let’s be real: everyone did. A two-time All-American, Thomas surely would have made it three if not for an ACL tear before the 1986 season, and was good enough to keep a certain other Cowboy running back on the sideline much of the time.

That injury, though, cost Thomas in the 1988 draft. He slipped to the second round, taken 40th overall by the Bills. All he did there was make five Pro Bowls, lose four straight Super Bowls, nab the 1991 NFL MVP award, and did all this despite getting hurt quite a bit. After 12 seasons in Buffalo, he was finally cut loose; a final hurrah as a Dolphin only lasted nine games and 28 carries. But early in his career, he was a beast.

For all that, Thomas earned his place in both the College and NFL Halls of Fame. He was fun to watch, although not as fun as another running back on this list. He’s also been at the forefront of open discussions about concussions and brain trauma for football players. He’s alright.

“Who?” you ask? A former Cowgirls soccer player, she’s Luke’s sister. Surely that’s a good enough reason to put her on this list, isn’t it? (Nepotism? What’s that?) Ellen even had three career assists, so it’s not like she was just a jersey.

Listen. I’m not really a golf guy. I pay more attention to K-State golf than I do the PGA. So I’m going to have to leave the question of why Rickie Fowler almost tied for first in this ranking to the rest of the staff down in the comments.

He’s never won a major, but he did marry Allison Stokke, so he’s got that going for him.

A former quarterback at Oklahoma A&M, Hartman went on to play one season for the Saskatchewan Roughriders of the CFL. He also played basketball in Stillwater, learning the game from Henry Iba.

So after football didn’t work out, he started coaching basketball. He eventually ended up in Coffeyville, leading the Red Ravens to a 32-0 record and the NJCAA championship in 1962. Southern Illinois snatched him up with a quickness, and in his first five years he led the Salukis to a 100-35 record and the 1967 NIT title.

(You’re going to want to remember that in 1967, the NIT title was still pretty much as important as the NCAA crown; this was still three years before Al McGuire told the NCAA to stuff it and took Marquette to the NIT instead.)

Three years later, Cotton Fitzsimmons left Manhattan, and K-State reached out to Hartman to fill the job. Three Big 8 regular season championships, four NCAA Elite Eight appearances, and 295 wins later, Hartman finally retired after 16 years. The peak moment of Hartman’s career, though, was forever immortalized on the cover of Sports Illustrated: Rolando Blackman’s game-winning jumper over #1 seed Oregon State in 1981. Hartman was named national coach of the year that season by the NABC.

(Cut your volume a bit on this one. It’s really loud.)

Of course, there was one small bump in that road. In 1977, after two other coaches utterly failed to replace Iba in Stillwater, Hartman was offered the Oklahoma State job.

He took it… but then changed his mind a couple of days later and stayed in Manhattan. Had he not, he might be one of the most hated figures in K-State sports history. But he did, and now he’s one of the most beloved.

I mean, come on. Sure, there are those who resent the Wichita native for choosing to go play for a good team instead of staying home to get his head beaten in. But like Thomas — whose career overlapped his — whatever damage Sanders did to K-State would have been done by any decent back. Besides, he didn’t actually do that much damage as a Cowboy anyway.

Sanders was second fiddle to Thomas as a freshman and sophomore, limited to 185 carries for 947 yards those two years, doing most of his work as a kickoff returner. As a junior, with Thomas out of the way, Sanders turned what’s arguably the greatest season ever by a college football player. Four times that year, Sanders rushed for over 300 yards. including 320 against K-State. He ran for three or more touchdowns nine times that year, although not against K-State. He set 48 NCAA records that season. He ran for 2,850 yards and 42 touchdowns (plus a couple more receiving). He won the Heisman. And then he avoided ever having to mess with Bill Snyder by declaring for the draft.

In the 1989 draft, Sanders went third overall to the Lions, where he toiled for a decade. Behind his legs, Detroit actually made the playoffs five times in seven years, still their most successful run since the 1950s. Four of those five times, the Lions were bounced in the wild card round, but in 1991 Sanders game one game away from the Super Bowl. He’d never get there, sadly.

Dude was crazy good. Here’s 10 minutes of him being absurd.

As a pro, Sanders was a ten-time Pro Bowler, led the league in rushing yards four times, and won the 1997 MVP. Until last season when the robot legs of Frank Gore finally snuck past him, his 15,269 rushing yards were third in NFL history; he was second to Walter Payton before Emmitt Smith passed him in 2001. Like his former Cowboy teammate, Sanders was elected to both the College and NFL Halls of Fame.

Sanders was not an exuberant character. He was a quiet man of faith, was polite and friendly, did his job, and — except for the controversy surrounding his sudden retirement just two years after signing a six-year extension — never got any bad press from anyone worth taking seriously.

To be honest, Barry Sanders is the prime example we’re going to offer in this entire series of a player we could have every reason to hate as a rival, but just can’t.