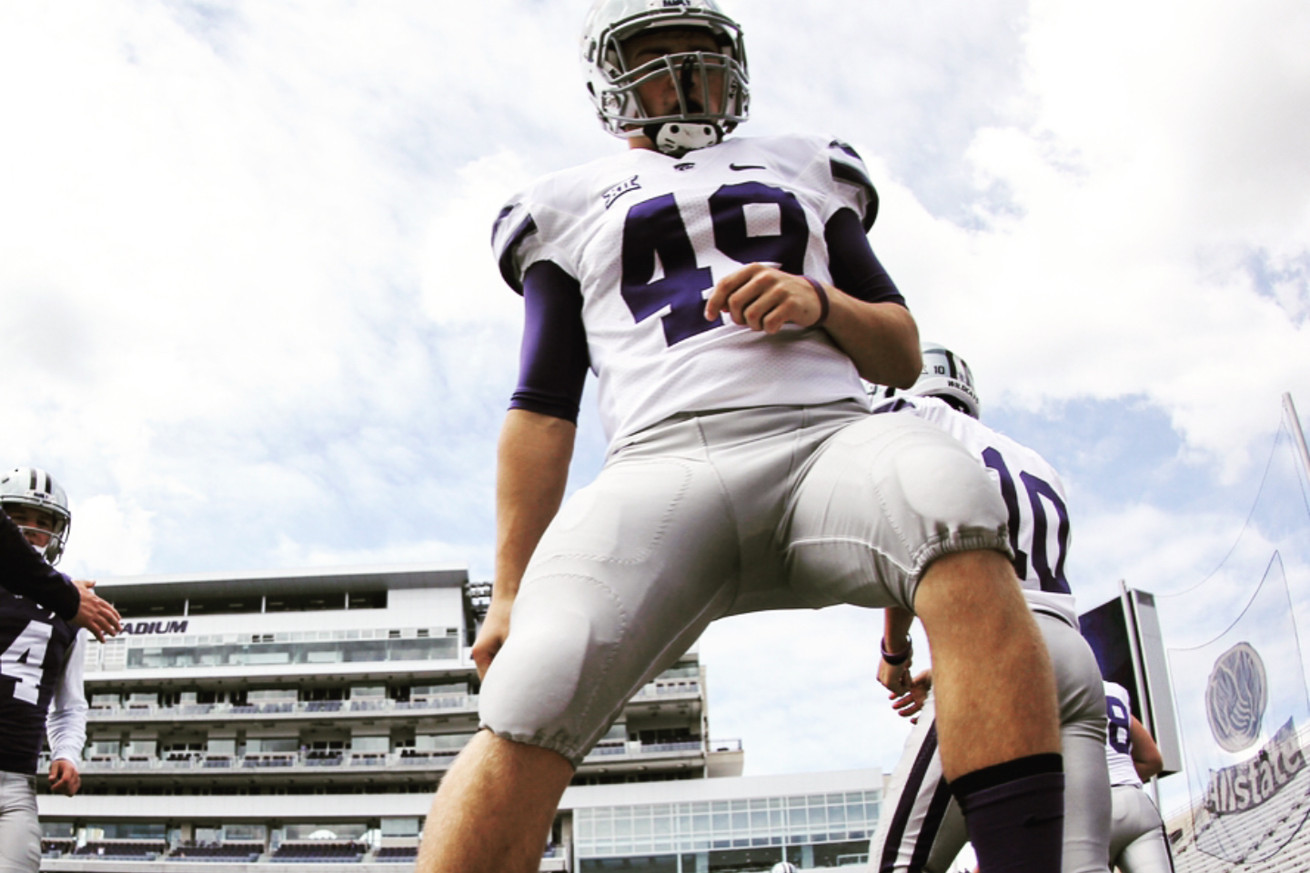 Wesley Burris (49) warms up prior to the 2017 spring game. After a pair of seasons in which he did not see any game action, Burris handled primary long-snapping duties in 2019 and is the front-runner to continue doing so this season. | Courtesy Beau Burris

In which BracketCat counts down the 49th day until the 2020 kickoff with a profile of Kansas State long snapper Wesley Burris.

Burris took over primary snapping duties in 2019, snapping on all 56 punt attempts in 12 games played, and is the clear front-runner to continue in that role in 2020.

He played under head coaches Jeff Meyers and Jesse Owen at Olathe High School East, where he helped to lead the Hawks to an 8-3 record as a freshman in 2012, and a 9-3 mark and a district championship as a sophomore in 2013.

Burris’ prep honors included being named to the all-state first team and honorable mention on the All-Sunflower League team. He tallied six solo tackles from his long snapping position and also competed in track and field in high school, throwing discus.