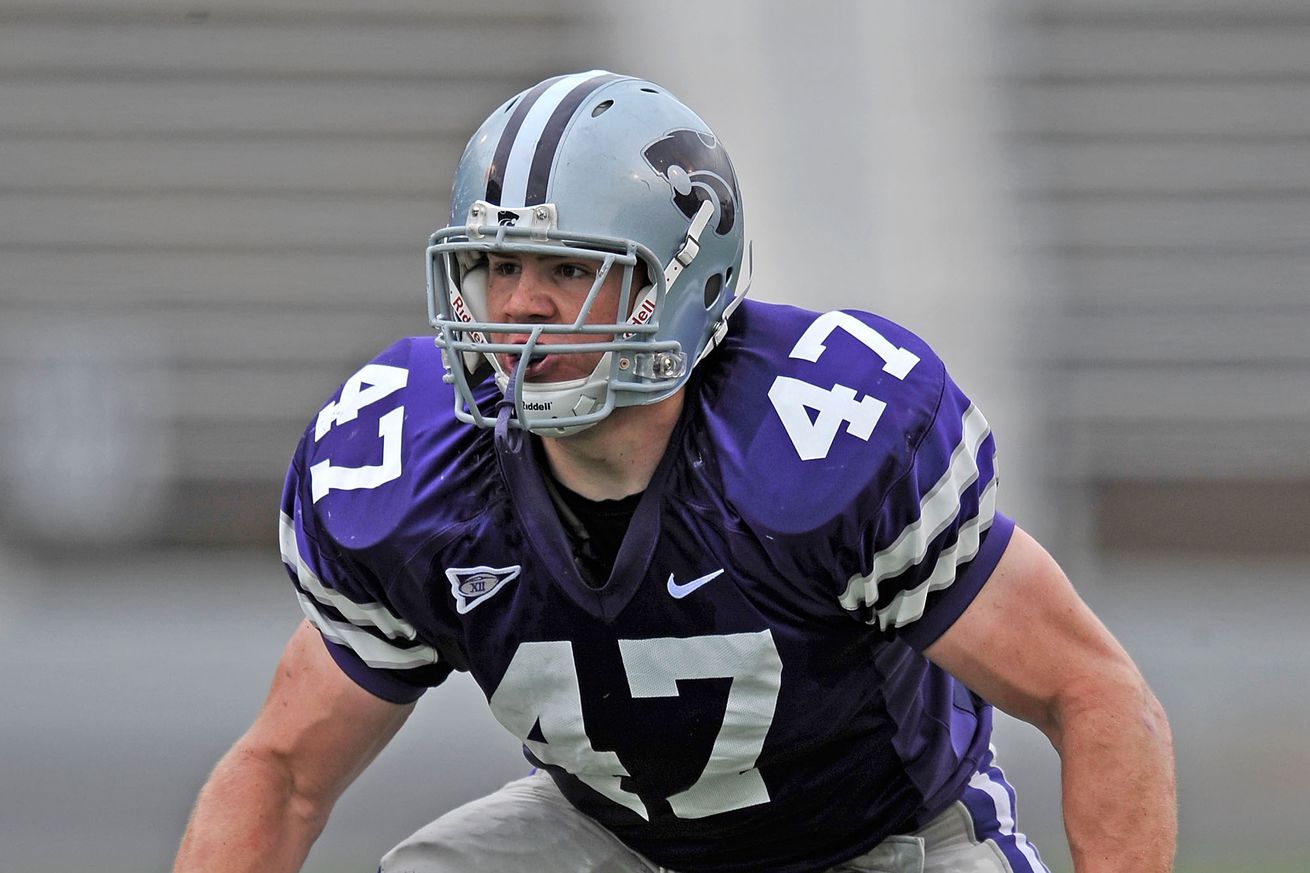 Jay Harris will follow in the footsteps of such former K-State linebackers as Alex Hrebec (47). | Photo by Peter G. Aiken/Getty Images

In which BracketCat counts down the 47th day until the 2020 kickoff with a profile of Kansas State linebacker Jay Harris.

Harris was regarded as the 27th-best inside linebacker in the Class of 2020 by Rivals, while 247Sports ranked him No. 33 and ESPN ranked him the 94th-best overall prospect in the state of Texas.

Harris registered 167 career tackles for the Sharks, to go along with 37 tackles for loss, 23 sacks and three forced fumbles. He had 90 tackles and 15 sacks as a junior, while he had 75 stops as a senior to lead Shadow Creek to a 16-0 record and the Class 5A Division I title.

Harris was named the Defensive Most Valuable Player of the state championship game after tallying seven tackles, three tackles for loss and a pair of sacks. He earned 2018 second-team All-State honors from the Texas Sports Writers Association, as well as a spot on The Houston Chronicle’s All-Greater Houston Football Team as both a junior and senior.

Harris also was named to the preseason VYPE’s Super 70 list as one of the top prep players in the Houston area — checking in at No. 31 — while he moved up to No. 26 in VYPE’s newest rankings. He was a teammate of fellow Wildcat freshman defender Ronald Triplette.

When reviewing the 2020 class after National Signing Day, Klieman was asked about what he liked most about Harris. His answer applied to several players in the class, however. “The fact that he’s playing for a state championship this weekend,” he said. “I want winners. I want guys that have been at a championship level and are playing at a championship level.”