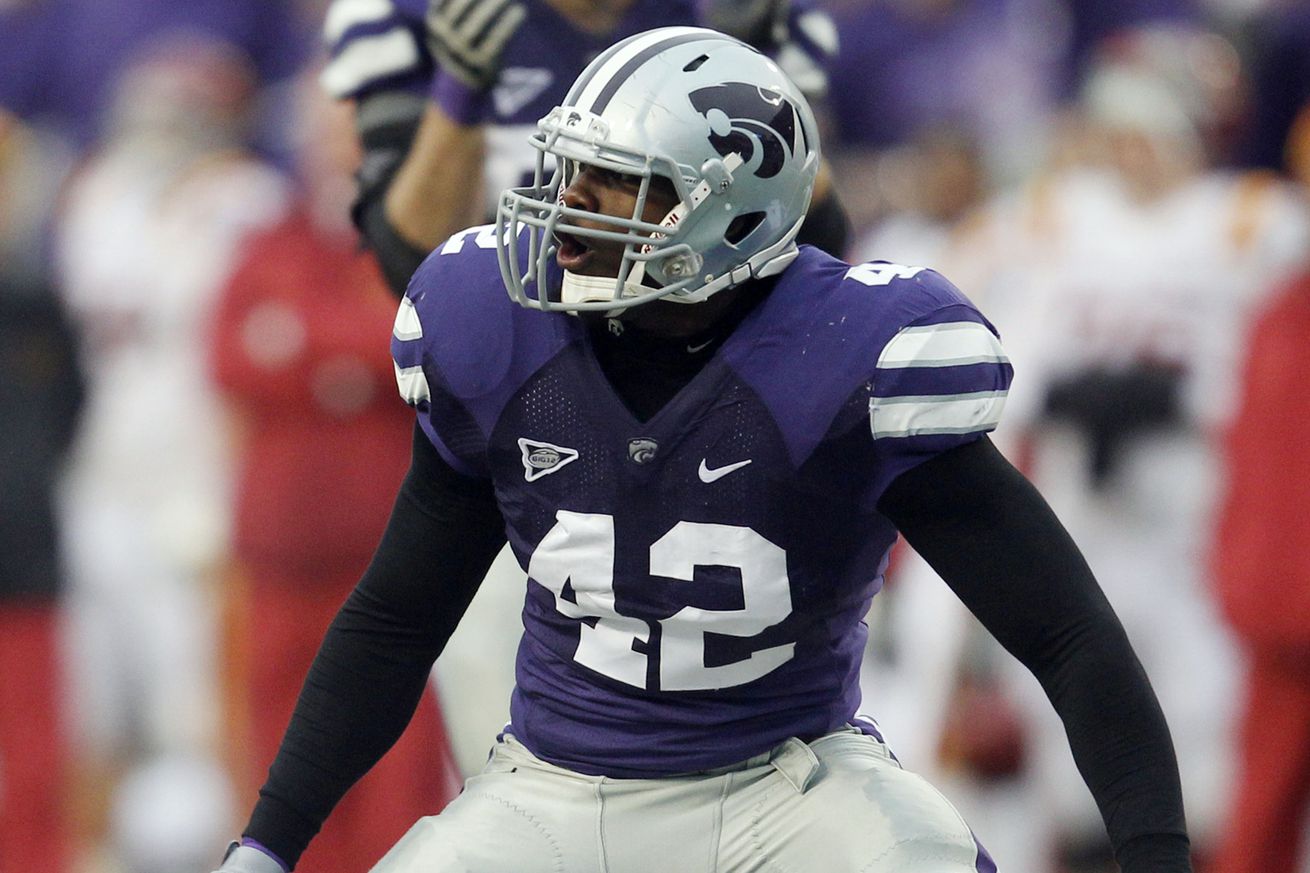 If Chris Dugan proves to be even half as athletic and talented as his predecessor wearing No. 42, Meshak Williams, it will be an impressive surprise. | Bo Rader/Wichita Eagle/Tribune News Service via Getty Images

In which BracketCat counts down the 42nd day until the 2020 kickoff with a profile of Kansas State defensive end Chris Dugan.

Christopher Allen Dugan (b. April 3, 1997) is a walk-on linebacker from the community college ranks who played in three games in 2018 — enough to preserve his redshirt and two additional seasons of eligibility — playing exclusively on kickoff coverage.

He made two tackles while covering kicks in his first career game, against Oklahoma State.

Unfortunately, Dugan missed the entire 2019 season due to a season-ending injury in fall camp. With any luck, he will be able to obtain a medical hardship and an extra year of eligibility from the NCAA, which would make 2020 his next-to-last season of playing time.

Prior to coming to K-State, Dugan competed under head coach Tim Schaffner for two seasons at Butler Community College, where he totaled 48 career tackles and 8.5 tackles for loss.

He prepped under head coach Alan Schuckman at Bishop Carroll High School in Wichita, where he picked up honorable mention all-state honors as a junior and senior from The Topeka Capital-Journal and The Wichita Eagle.

Dugan helped to lead the Golden Eagles to an undefeated 12-0 season and a state championship in 2014, while Bishop Carroll was the state runner-up in 2015. He was a high school teammate of Noah Johnson and former K-State defensive back Denzel Goolsby.