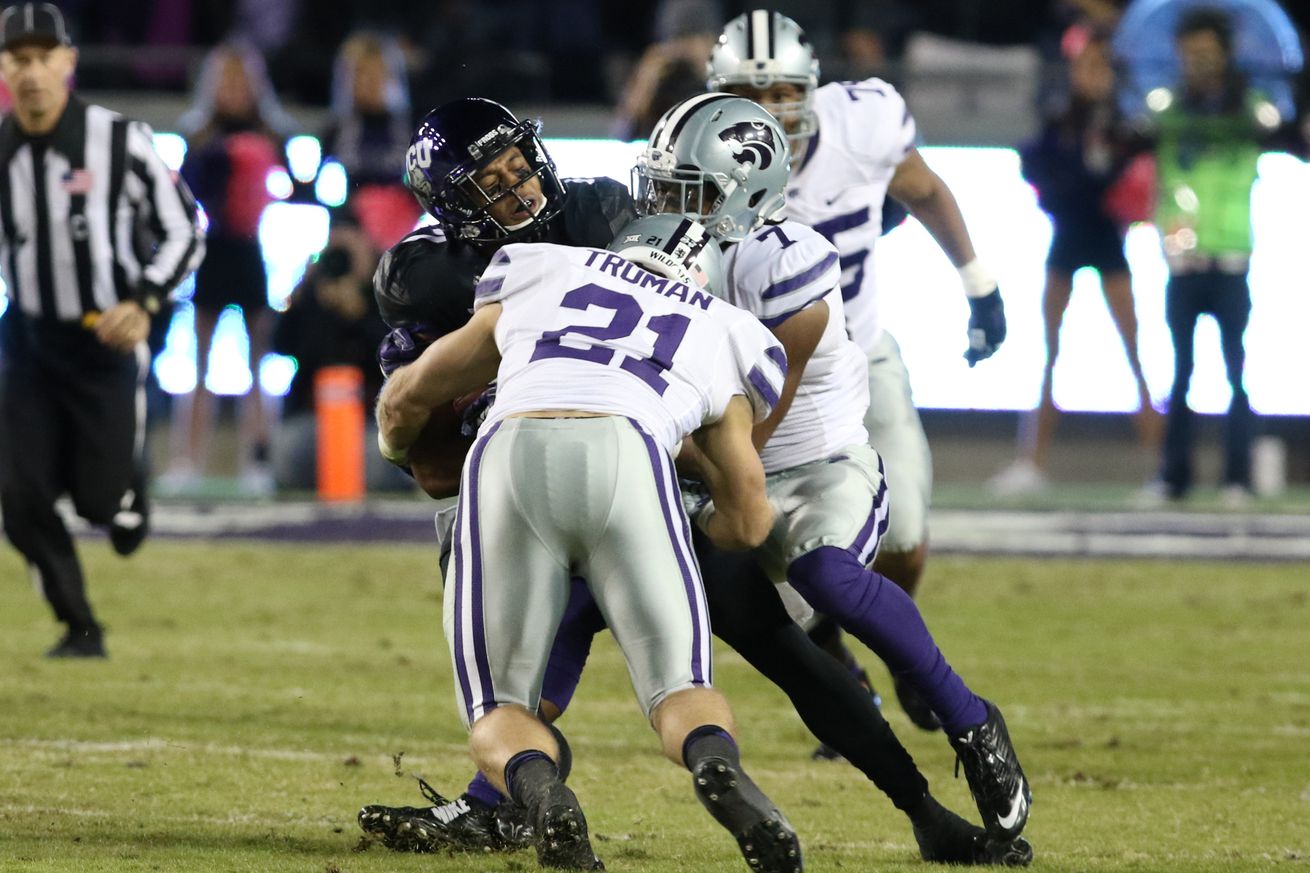 Like Jonathan Truman (21), Austin Moore hopes to become the next walk-on sensation at linebacker. | Photo by Matthew Visinsky/Icon Sportswire/Corbis/Icon Sportswire via Getty Images

In which BracketCat counts down the 41st day until the 2020 kickoff with a profile of Kansas State linebacker Austin Moore.

Richard Austin Moore (b. June 30, 2000) is a walk-on linebacker from Louisburg High School who redshirted during the 2019 season and is likeliest to contribute on scout team.

Moore played under head coach Robert Ebenstein at Louisburg, where he helped the Wildcats to earn an 11-2 record in 2018 and a trip to the state playoffs.

He earned first-team all-state honors as a running back during his senior season from The Topeka Capital-Journal and The Wichita Eagle, while he was an honorable mention pick from both organizations as a junior.

Moore also picked up three all-league honors as a linebacker and two as a running back, and he was a finalist for the Frank Fontana Award as the most outstanding high school football player in the smaller class in the greater Kansas City area.

He totaled 226 tackles, five forced fumbles and 17 tackles for loss in addition to rushing for 3,021 yards during his prep career.

Moore also was a three-time state qualifier in wrestling who finished fourth at State in 2019.