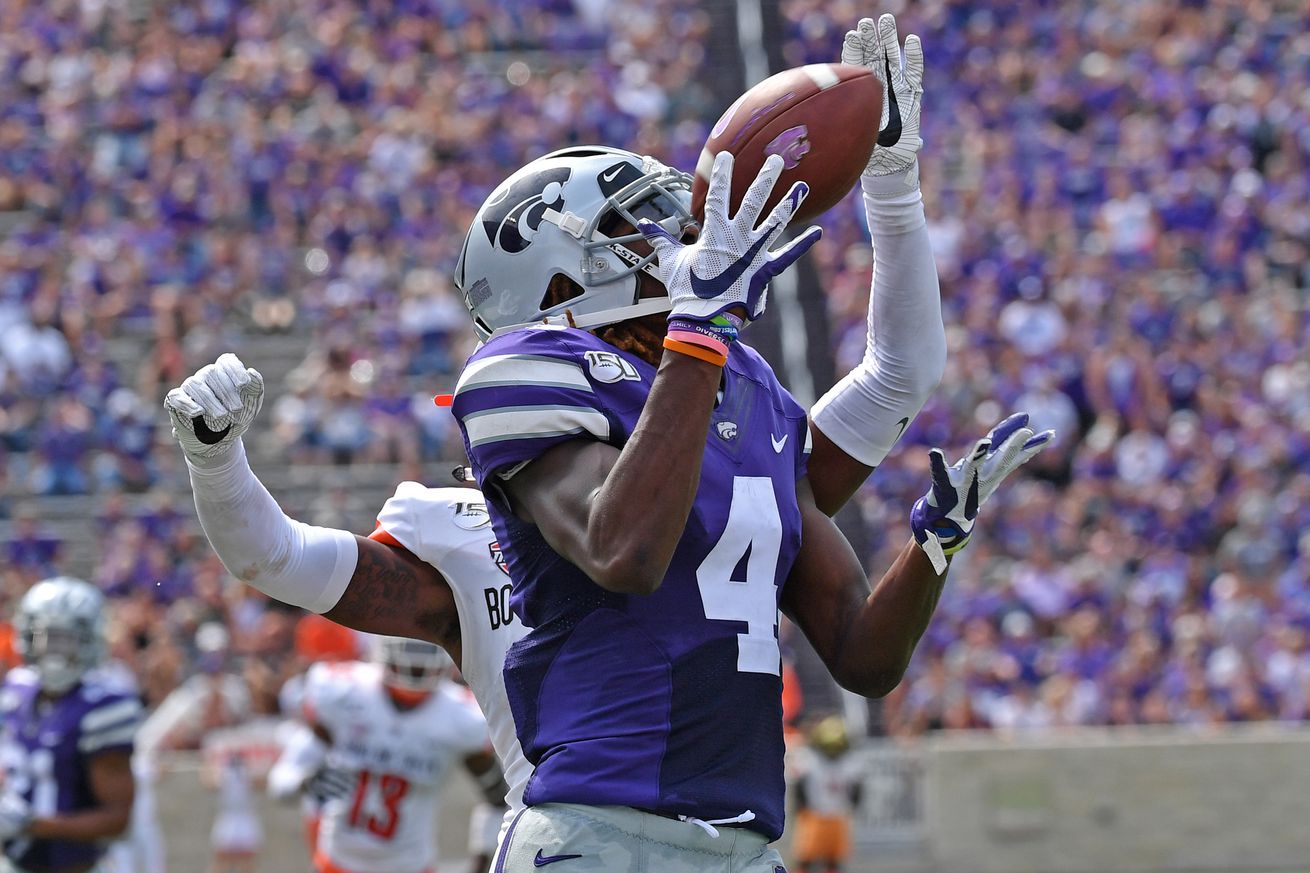 In which BracketCat counts down the fourth day until the 2020 kickoff with a profile of Kansas State wide receiver Malik Knowles.

Goal No. 4: IMPROVE. Every day… as a player, person and student.

Malik Jarnell Knowles (b. Aug. 17, 2000) is an athletic, young wide receiver who signed as part of the Class of 2018 and played as a true freshman. He is majoring in kinesiology.

Knowles saw time in four games in 2018, with a start against Texas Tech, but was able to preserve his redshirt. All in all, he hauled in 10 catches for 100 yards and two touchdowns.

Knowles’ 10 catches were the most by a K-State true freshman since Tyler Lockett in 2011.

His first career touchdown was a 21-yarder at TCU, while he hauled in an 8-yarder against Texas Tech. The game against the Red Raiders also featured career highs in receptions (5) and yards (56).

Knowles’ score at TCU was a career-long catch, while he also returned a kickoff for 12 yards against the Horned Frogs. This, as it turns out, would be a harbinger of things to come…

Despite battling nagging injuries all year and adapting to a new coaching staff, Knowles played in 11 games in 2019 with eight starts, hauling in 27 receptions for 397 yards and three touchdowns to rank second on the team in each category.

He earned votes for Big 12 Offensive Freshman of the Year honors from the league’s coaches and finished third in school history in receiving yards among freshmen, while he was tied for fourth in catches.

Knowles hauled in a 70-yard touchdown reception at Texas — the longest by a Wildcat in Big 12 play in two years — as part of a 94-yard receiving day.

He set career highs with 99 yards and two touchdowns against Bowling Green.

Knowles returned six kickoffs for a 222 yards and a touchdown last season, highlighted by his return of a fourth-quarter kickoff 100 yards for a score at Mississippi State en route to Big 12 Special Teams Player of the Week honors.

He teamed with Joshua Youngblood to be the first set of freshmen teammates to return kickoffs for touchdowns in the same season since 2016 (Memphis).

Knowles returned a kickoff 52 yards in the 2019 Liberty Bowl, the longest kickoff return in K-State bowl history, and also rushed seven times for 70 yards on the year.

He enters the 2020 season as a member of the Earl Campbell Tyler Rose Award watch list.

Knowles prepped under head coach Kirk Thor at Lake Ridge (Texas) High School, where he collected 40 receptions for 846 yards and 15 touchdowns as a senior en route to first-team All-District 10-5A accolades, and also participated in track and field in high school.

He helped the Eagles to advance to the quarterfinals of the 2017 Texas Class 5A D1 state playoffs, including a 113-yard, three-touchdown performance in his final high school game.