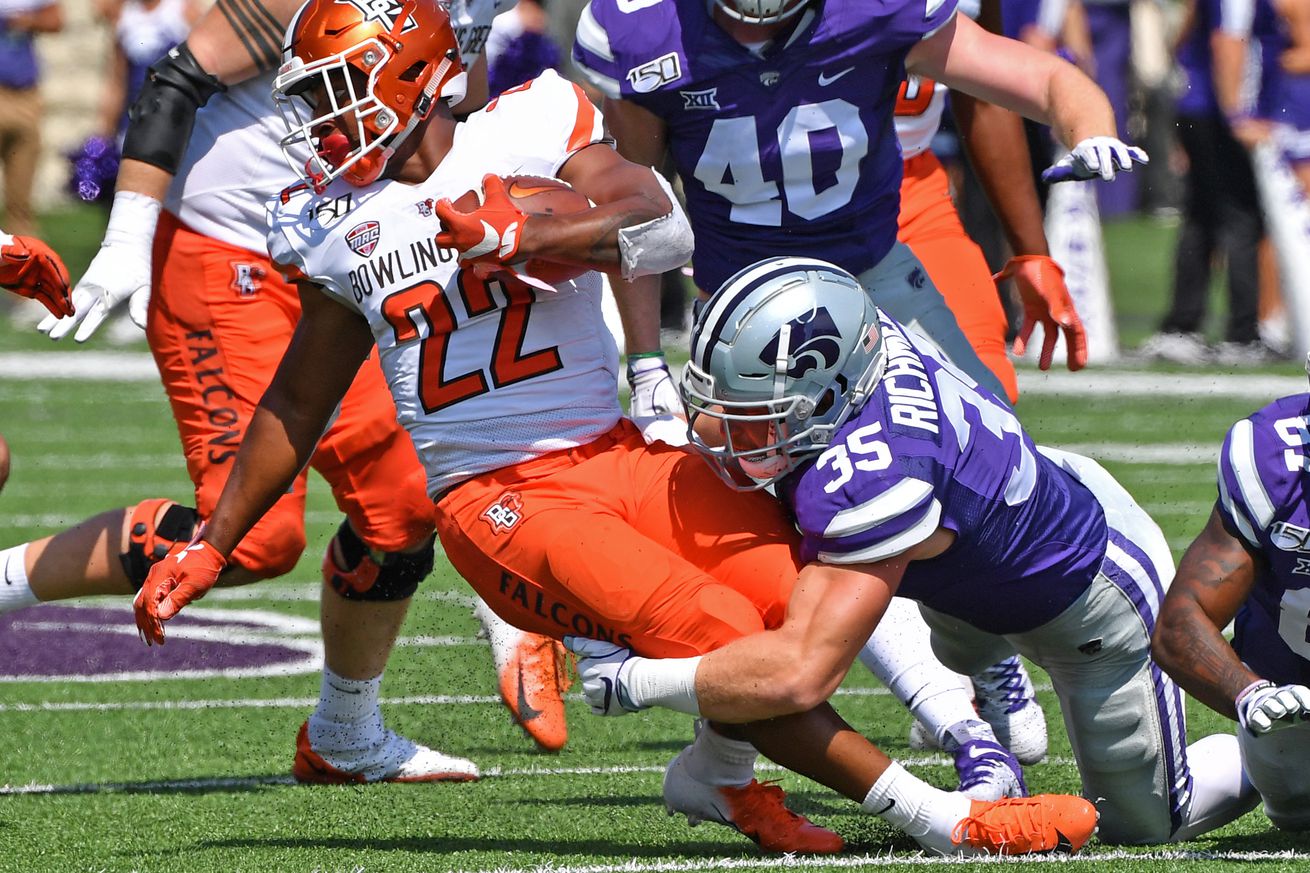 Linebacker Blake Richmeier (35) has graduated, so his jersey number is now available for walk-on defensive back Jairus Kennedy, a freshman. | Photo by Peter G. Aiken/Getty Images

In which BracketCat counts down the fourth day until the 2020 kickoff with a profile of Kansas State defensive back Jairus Kennedy.

Jairus Kennedy (b. Oct. 26, 2001) is a walk-on defensive back from Kapaun Mt. Carmel Catholic High School in Wichita who plans on majoring in business and likely will redshirt.

Kennedy played under head coach Dan Adelhardt at Kapaun, where he earned honorable mention all-state accolades as a senior from The Topeka Capital-Journal and The Wichita Eagle after he totaled 28 tackles and an interception during his senior campaign.

He also was well-rounded on offense, passing for 652 yards and seven touchdowns, rushing for 388 yards and two scores, and totaling 387 receiving yards and five more touchdowns over his junior and senior seasons.

A jack of all trades, Kennedy served as the Crusaders’ punter, averaging 34.2 yards per punt over his final two seasons, and also played basketball and participated in powerlifting.