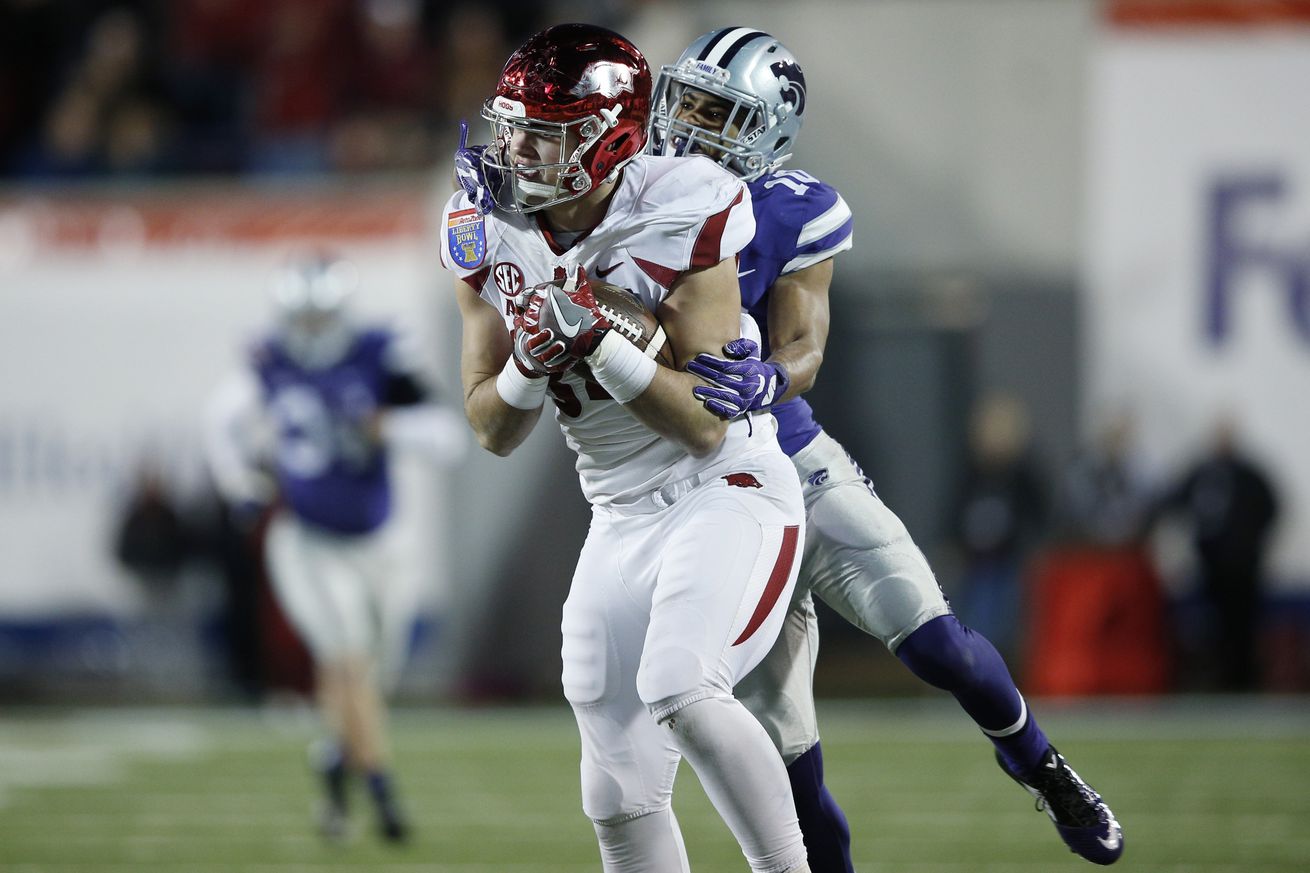 No, not THAT Hunter Henry (84). This one transferred to K-State from Rice during the offseason after using his redshirt last season. | Photo by Joe Robbins/Getty Images

In which BracketCat counts down the 36th day until the 2020 kickoff with a profile of Kansas State defensive back Hunter Henry.

John Hunter Henry (b. June 30, 2000) is a walk-on defensive back who transferred from Rice to K-State during the offseason. He will have to sit out this season due to his transfer.

Henry played in only three games for the Owls, so he retained his redshirt for the season.

He saw time against Wake Forest, Southern Miss and Marshall, but did not record statistics.

In all, he was credited with 143 tackles in his high school career, along with 14 pass breakups and three interceptions, one of which he returned for a touchdown.

Henry earned All-District 25-6A honors as a Lake Travis senior after compiling 79 tackles, one sack, an interception and three pass breakups as he helped the Cavaliers to advance to the state quarterfinals.

Henry’s mother, Anita, was an eight-time NCAA All-American swimmer at Alabama and his aunt, Megan Henry, has competed with the U.S. Skeleton team since 2013.

He is now majoring in K-State’s noted architectural engineering program.

“I’m really excited and love Manhattan,” Henry told GPC in January upon the transfer announcement. “It already feels like home.” Henry has already gone through winter strength and conditioning with the Wildcats as a mid-year enrollee, and joined the team as a walk-on hoping to earn a scholarship in the future.