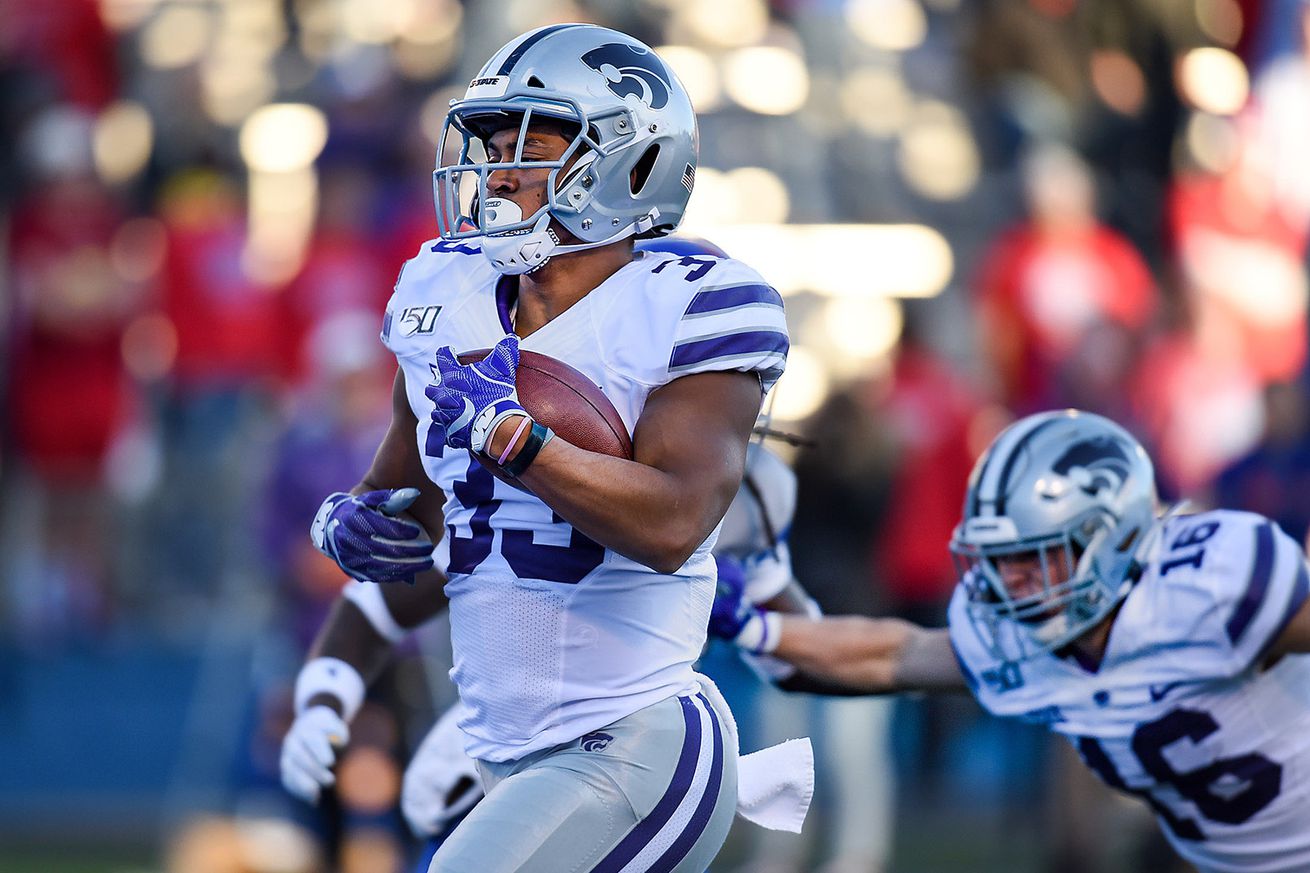 In which BracketCat counts down the 33rd day until the 2020 kickoff with a profile of Kansas State running back Tyler Burns.

Tyler Cole Burns (b. Sept. 9, 1996) is a dynamic athlete with good bloodlines and high-end speed who graduated in December 2019 with a bachelor’s degree in social sciences.

He redshirted the 2016 season and was a co-winner of the team’s Red Raider Award as the top scout team contributor, and was set to compete at running back and play on special teams in 2017, when he saw action in every game, finishing with four special teams tackles.

Three of Burns’ stops in 2017 came on punt coverage to tie for team-high honors.

He also rushed 10 times for 30 yards, including a season-high 15 yards on five carries against Charlotte, and carded 11 yards on three attempts against Central Arkansas and 4 yards on two rushes against UCLA in the Cactus Bowl.

For reasons still officially unknown, Burns was not a member of the program in 2018, but with the advent of a new coaching staff, that was water under the bridge and he returned in 2019, playing in all 13 games on both special teams and as a reserve running back.

He also led the team with six special teams tackles, five of which came on kickoff coverage — also a team best — and set career highs in carries, yards and a long rush in the season opener against Nicholls, a game in which he also scored his first career touchdown.

Burns’ second rushing touchdown came as he totaled 58 yards at Kansas and he also set his new career high with two tackles on kickoff coverage against the Jayhawks. After the season, he earned first-team Academic All-Big 12 honors from the Big 12 Conference.

Burns originally signed with K-State out of high school in 2015, but deferred his enrollment to the following January. He rushed eight times for 23 yards and two touchdowns in the 2016 spring game, as well as five times for 19 yards in the 2017 spring game.

Burns’ older brother, Morgan, was a captain and 2015 All-American kick returner for the Wildcats. They didn’t get to play together because Morgan never redshirted, however.

Tyler played for Trinity Academy under head coach Jared McDaniel; was rated the eighth-best prospect in the state of Kansas by ESPN in 2015; was an All-Class 4A-II selection as both a running back and defensive back by The Wichita Eagle as a senior in 2014; and earned all-state honors as a running back from The Topeka Capital-Journal.

Burns picked up honorable mention all-state accolades in both 2012 and 2013, then rushed for 1,662 yards and scored 26 touchdowns as a senior. Following graduation, he was selected to play in the 2015 Kansas Shrine Bowl.

Burns was named the Central Plains League MVP in 2013 and 2014; was a first-team all-league running back as a sophomore, junior and senior; and also earned honorable mention all-league honors as a defensive back in 2013.