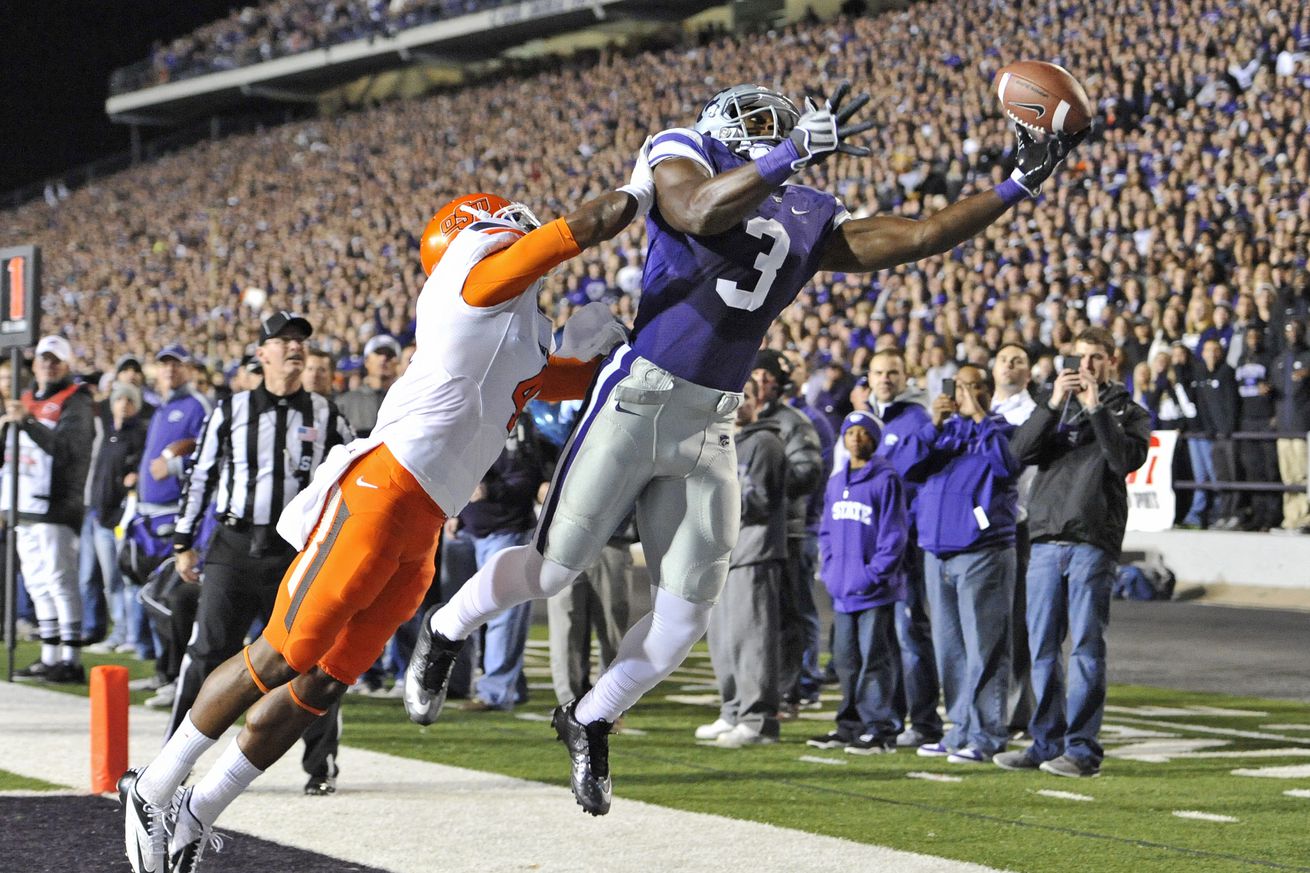 Chris Harper (3) set the standard for wide receivers wearing this particular jersey number. It’s a lot for freshman Jaelon Travis to live up to… | Photo by Peter G. Aiken/Getty Images

In which BracketCat counts down the third day until the 2020 kickoff with a profile of Kansas State wide receiver Jaelon Travis.

Goal No. 3: UNITY. Come together as never before.

Jaelon Carter Travis (b. Aug. 26, 2002) is a speedy, athletic wide receiver from Summit High School in Mansfield, Texas, who has an outside chance of seeing some playing time.

Travis played under head coach Channon Hall at Summit, where he caught 60 passes for 1,117 yards and 13 touchdowns over his junior and senior seasons. He ended his career with the Jaguars on a high note with 651 yards and eight scores on 33 receptions as a senior.

Travis earned all-district honors as both a junior and senior, also competed in basketball and track and field, and was a high school teammate of K-State starting nickel back Will Jones II.

He picked K-State over an offer from Texas Southern, as well as interest from Abilene Christian, Colorado State, Northwestern State and Texas State.