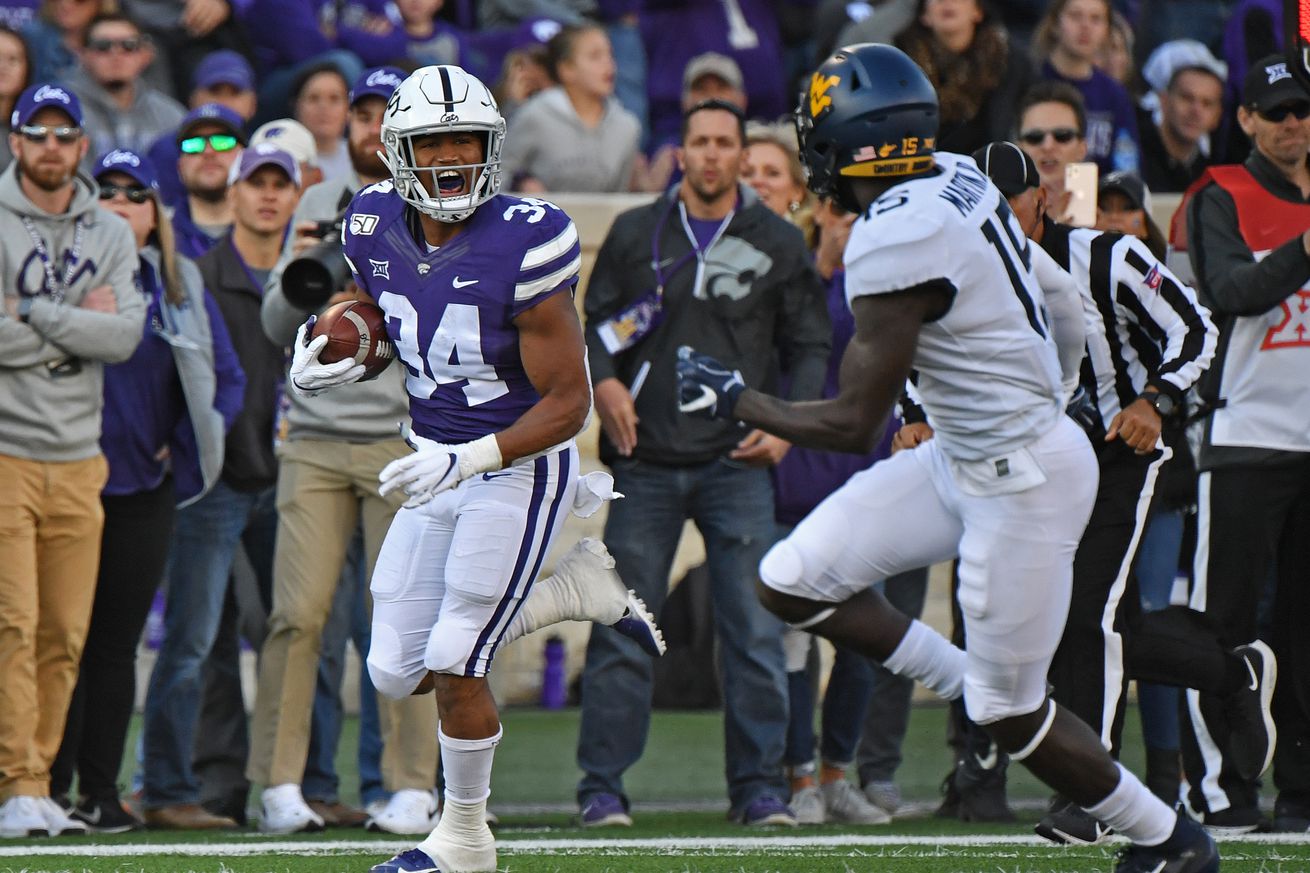 James Gilbert (34) has graduated and his jersey number will be inherited by walk-on tight end Ben Sinnott. | Photo by Peter G. Aiken/Getty Images

In which BracketCat counts down the third day until the 2020 kickoff with a profile of Kansas State tight end Ben Sinnott.

He was named to the Iowa Print Sports Writers Association all-state team as a tight end, wide receiver and defensive end; earned the Black Hawk County All-Metro Football Award on offense in 2019 and defense in 2019; and also picked up all-district honors.

Sinnott hauled in 61 career receptions for 958 yards and 22 touchdowns, while he also had 24 carries for 194 yards and five scores.

Sinnott’s cousin, Ashlee Sinnott, played volleyball at Northern Iowa, while another cousin of his, Zach Hammes, was drafted by the Los Angeles Dodgers.