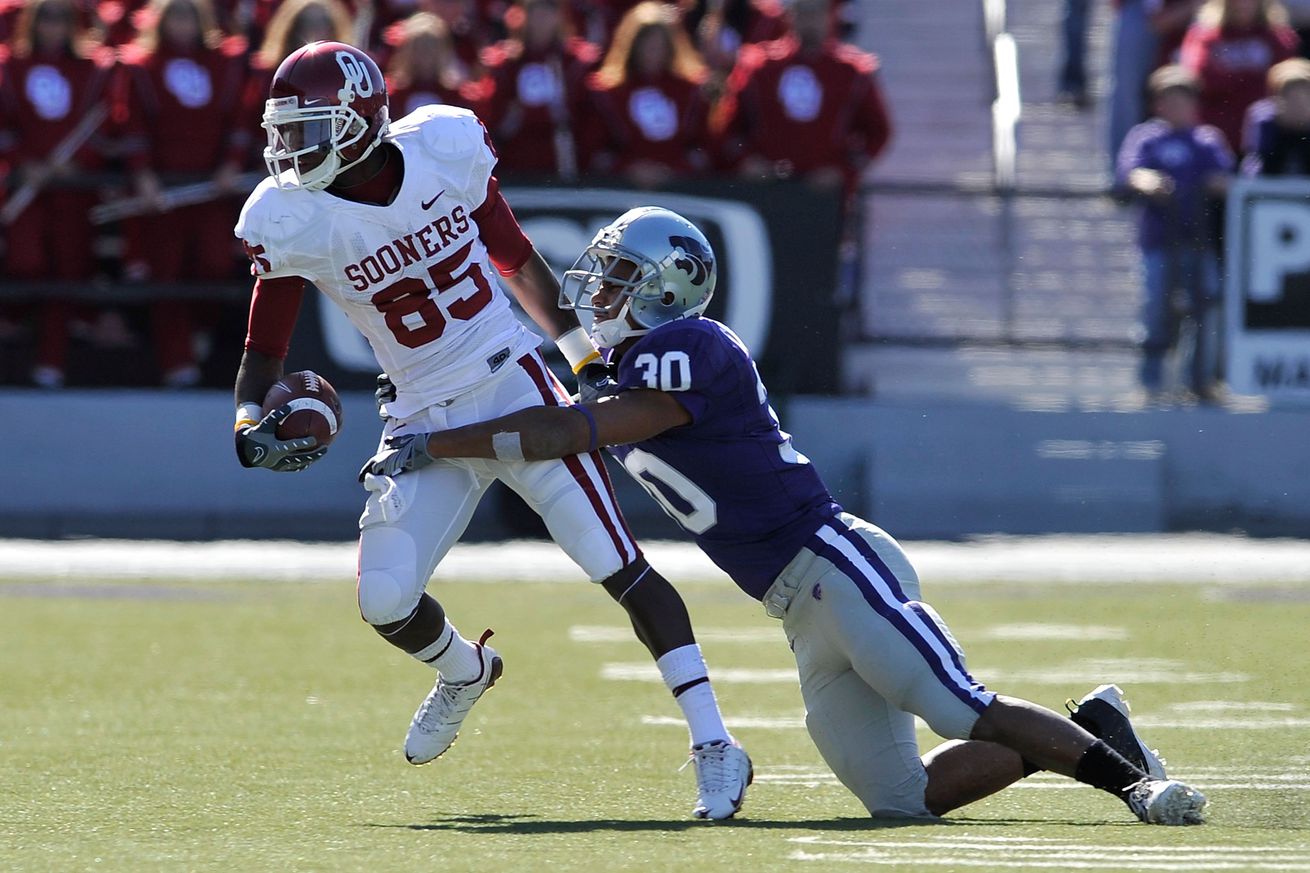 Walk-on Matthew Maschmeier will be one of the first defensive backs to wear No. 30 since Chris Carney (30) back in the Ron Prince error era. | Photo by Peter G. Aiken/Getty Images

In which BracketCat counts down the second day until the 2020 kickoff with a profile of Kansas State defensive back Matthew Maschmeier.

Matthew M. Maschmeier (b. Dec. 10, 2001) is a walk-on defensive back from Naperville High School North in Lisle, Illinois, who plans on majoring in sales and likely will redshirt.

A three-year letter-winner for the Huskies under head coach Sean Drendel, Maschmeier earned all-state honors as a defensive back and wide receiver as a senior, in addition to earning co-conference Offensive Player of the Year honors and all-area accolades.

He carded 697 receiving yards and nine touchdowns, 141 rushing yards, and two more scores, in addition to a kickoff return touchdown during his final season.

Maschmeier also was a three-year letter-winner in lacrosse, earning a pair of academic all-conference honors in addition to his one in football.

His father, Tom, played defensive back for Notre Dame and was a member of the Fighting Irish’s 1973 National Championship team.