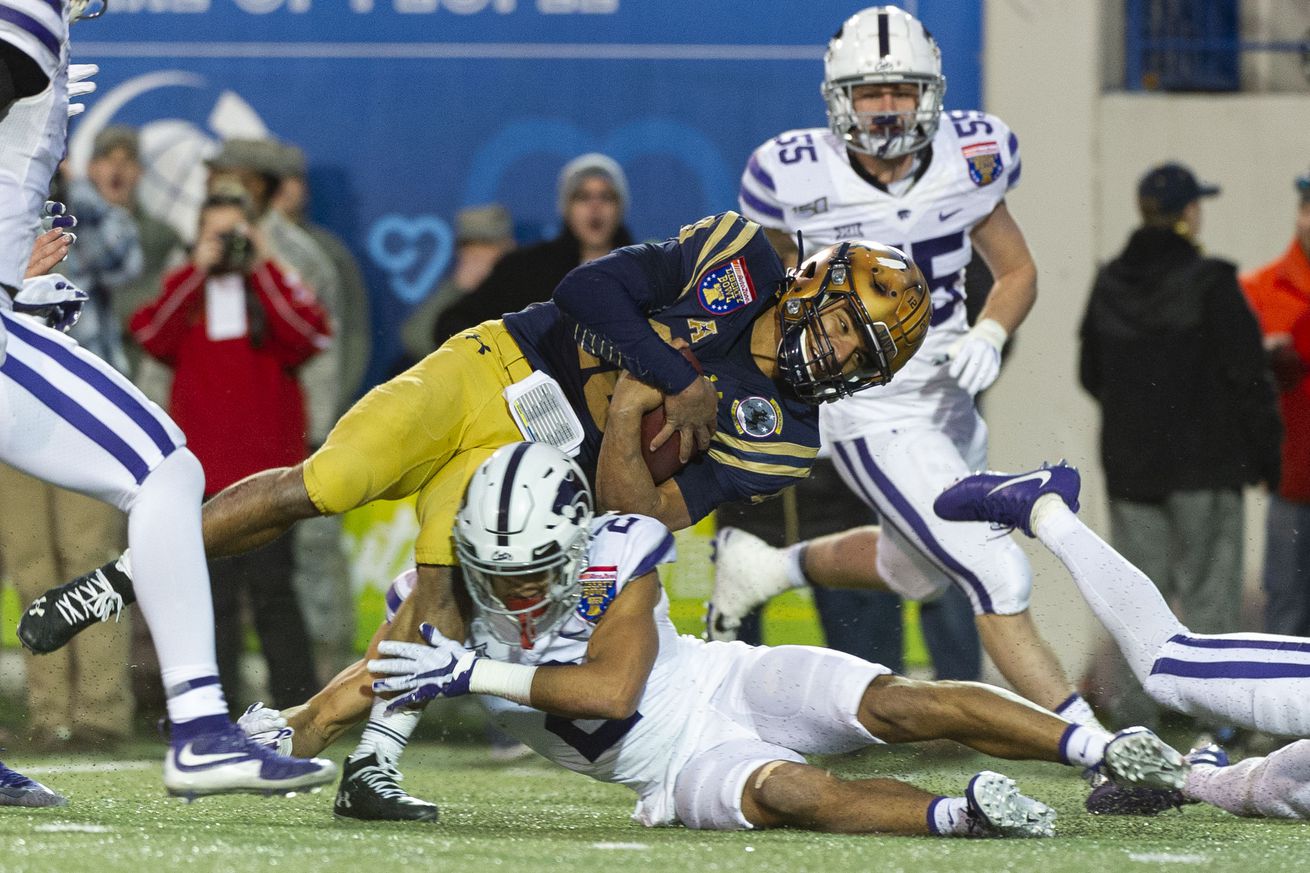 Lance Robinson (2) played in four games as a true freshman in 2018 and saw increased playing time as a redshirt freshman in 2019. Now he is battling hard for a starting cornerback position in 2020. | Justin Ford-USA TODAY Sports

In which BracketCat counts down the second day until the 2020 kickoff with a profile of Kansas State defensive back Lance Robinson.

Lance Adam Robinson (b. March 20, 2000) is a defensive back out of De La Salle High School in New Orleans who is majoring in personal financial planning. He’s currently locked in a fierce battle with graduate transfer Kiondre Thomas for a starting cornerback position.

Robinson saw time in four games in 2018, with starts against Kansas and Texas Tech, but retained his redshirt.

He totaled nine tackles on the year, including a season-high four with a pass breakup against Kansas, and also had three tackles at Oklahoma and two against Texas Tech.

Robinson saw action in all 13 games in 2019, including the final three contests which he started at cornerback, and finished the year with 13 tackles. He tallied a pass breakup at Texas Tech before registering his first career tackle for loss against Iowa State.

Robinson finished last season fourth on the team in special teams tackles with four stops, all coming on kickoff coverage.

He was a major get, selecting the Wildcats over Power 5 offers from Arizona, Colorado, Kansas, South Carolina, TCU, Virginia Tech, Wake Forest, Washington State and West Virginia, as well as interest from Arkansas, Georgia, Mississippi and Texas, among others.

Robinson played for the Cavaliers under head coach Ryan Manale. He was rated the 29th-best player in the state of Louisiana for the Class of 2018 by 247Sports and named a first team all-state performer as a senior by the Louisiana Sports Writers Association, while he picked up all-metro honors from The New Orleans Advocate on two occasions.

Robinson also was named the District 9-A Defensive MVP in 2017 and was a three-time all-district performer after he helped to lead the Cavaliers to an 11-1 record and an appearance in the state finals during his senior season.

He carded 61 tackles, including 17 tackles for loss, and two interceptions to go along with two forced fumbles and three blocked punts as a senior.

Robinson also participated in track and basketball. He helped his 2015 track squad to break the school record for the 4×100 relay and win state in the event.