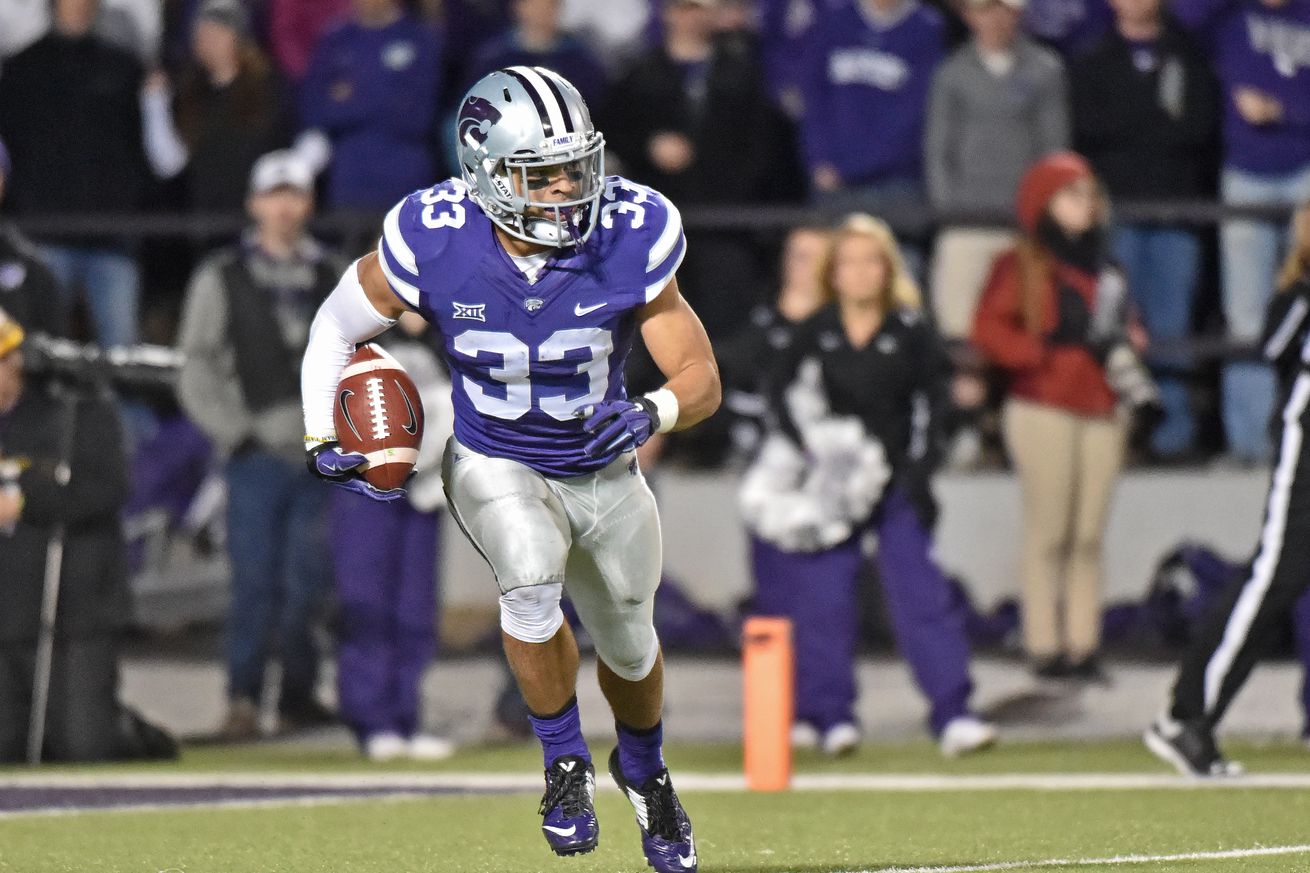 Jaylen Carter might be slated to wear No. 33 like fellow defensive back Morgan Burns (33), but I don’t think he is likely to contribute the same way as a kickoff returner. | Photo by Peter G. Aiken/Getty Images

In which BracketCat counts down the second day until the 2020 kickoff with a profile of Kansas State defensive back Jaylen Carter.

Jaylen James Carter (b. Aug. 26, 2002) is a walk-on defensive back from Washburn Rural High School in Topeka who plans on majoring in sports nutrition and likely will redshirt.

He lettered three years under head coach Steve Buhler at Washburn Rural, where he picked up honorable mention all-state honors as both a junior and a senior from The Topeka Capital-Journal and The Wichita Eagle, and was selected to play in the Kansas Shrine Bowl.

Carter also lettered three years in track and field — finishing sixth in the state in the 100-meter dash as a junior — and two years in powerlifting for the Jr. Blues.