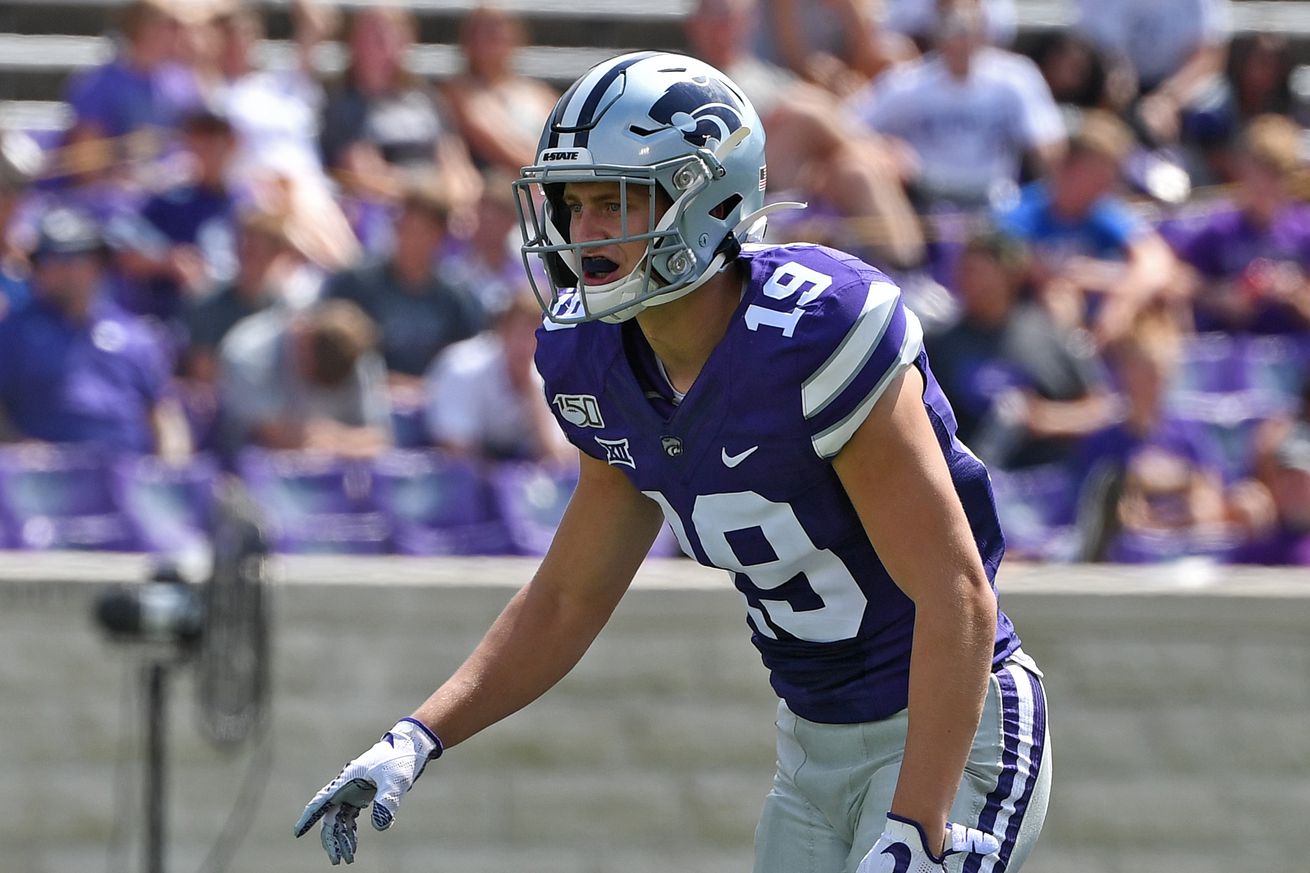 Safety Ross Elder (19) has been a mainstay on special teams for the past two seasons and looks to continue in that mode in 2020. | Photo by Peter G. Aiken/Getty Images

In which BracketCat counts down the 22nd day until the 2020 kickoff with a profile of Kansas State defensive back Ross Elder.

Ross Everett Elder (b. March 31, 1999) is a walk-on defensive back who has featured on multiple special teams units over the past two seasons and is majoring in finance.

Elder redshirted in 2017 and played in 11 games in 2018, tying for fourth on the team with four special teams tackles. Three of his tackles came on kickoff coverage.

Elder also played in a reserve role on defense against UTSA, when he broke up a pass.

He played in all 13 games in 2019 as a regular member of the special teams, making tackles on kickoff coverage against TCU and Kansas.

He lettered two seasons under head coach and former Wildcat Tony Severino at Rockhurst High School, including his senior year in 2016, when the Hawklets went 9-3 and reached the state semifinals.

Elder’s father, Todd, was a wide receiver for the Wildcats from 1984 to 1986, while Elder’s uncle, Eddie, played basketball at K-State from 1983 to 1985 and ranks highly in school history in several statistical categories.