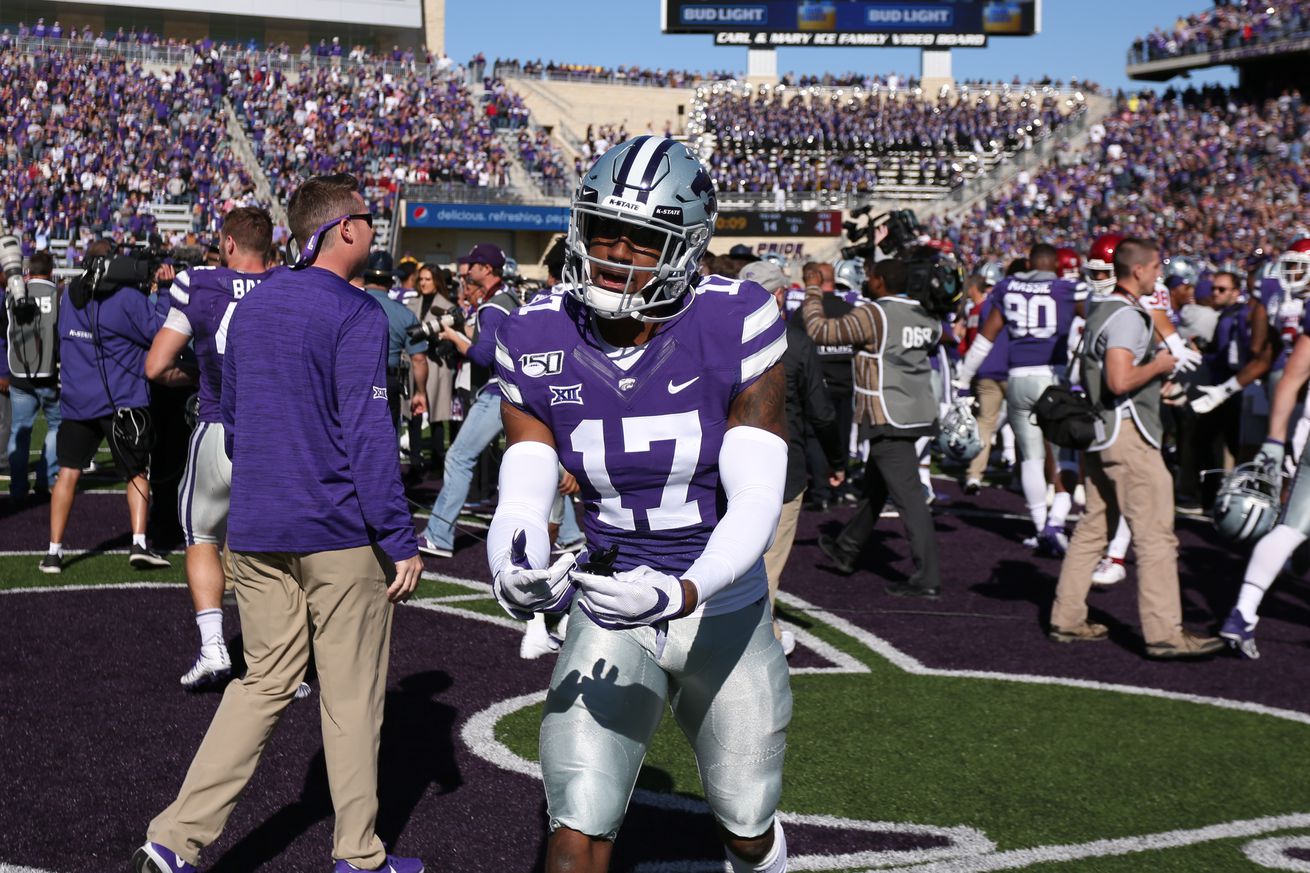 Jonathan Alexander (17) had a really good debut season in 2019 after transferring from a junior college. Unfortunately, he will not be playing this fall as he continues to recover from COVID-19. | Photo by Scott Winters/Icon Sportswire via Getty Images

In which BracketCat counts down the 19th day until the 2020 kickoff with a profile of Kansas State defensive back Jonathan Alexander.

Jonathan Cameron Alexander (b. Sept. 27, 1999) is a community college transfer who made an immediate impact on the secondary in 2019, but will not participate in football in 2020.

He also blocked a punt against TCU, which led to K-State’s first touchdown of the game.

Alexander stripped a ball carrier and returned a fumble 25 yards for a touchdown in the season opener against Nicholls. It was K-State’s first score via fumble recovery in 23 games.

He also set a season high with four tackles at Texas, a game that featured a sack.

Both of Alexander’s pass breakups came in the regular season finale against Iowa State.

Unfortunately, he will not be able to build on this success in 2020 (assuming there actually is a season, of course) because he contracted COVID-19 earlier this summer and will be sitting out this fall as he continues to recover from the effects of this ravaging disease.

Alexander played under head coach Dwayne Henry at Trimble Technical High School, where he was named the 99th-best safety nationally in the Class of 2016 by 247Sports.

He earned first-team all-district honors at safety as a senior after totaling 54 tackles, three tackles for loss and five interceptions.

Alexander also returned eight kickoffs for a 17.9-yard average and three punts for a 22.7-yard average, caught 12 passes for 262 yards and a touchdown, and earned first-team all-district accolades in basketball and was named the district rebounding Most Valuable Player.

He spent the 2017 season at Garden City Community College, playing in 10 games, and recorded one tackle and a pass breakup.

Alexander then transferred to Kilgore and played the 2018 season for the Rangers under head coach J.J. Eckert. He was rated the 14th-best community college safety in the Class of 2019 by 247Sports.

Alexander earned honorable mention all-conference honors as a sophomore after totaling 49 tackles, one tackle for loss, nine pass breakups and an interception.

He helped Kilgore to produce a 10-2 season with a conference championship, while the Rangers capped the season with a victory in the C.H.A.M.P.S. Heart of Dallas Bowl and a No. 4 national ranking.

His primary recruiter was defensive coordinator Joe Klanderman, who is his position coach.