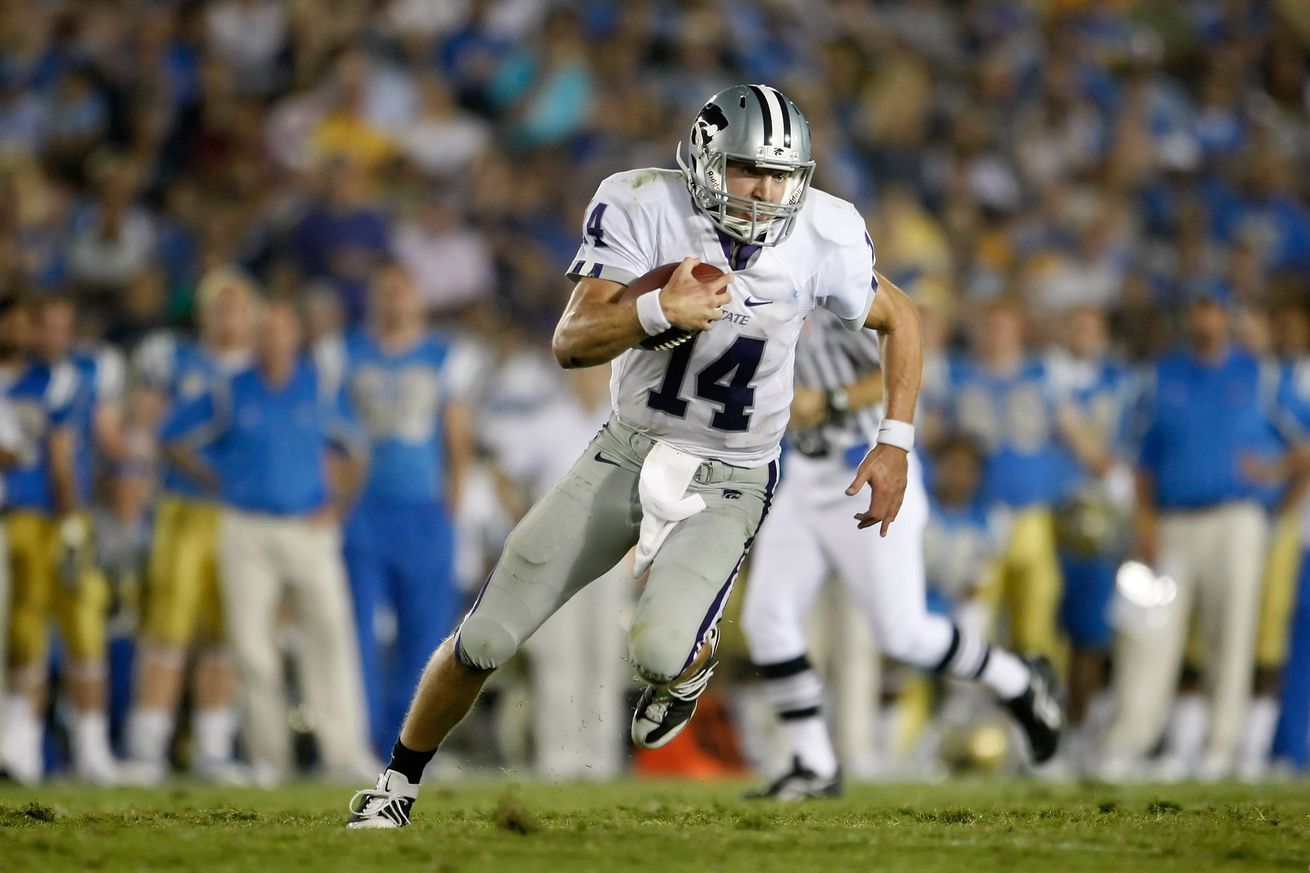 Given his build and decision to wear No. 14, freshman quarterback Max Marsh might remind some of Carson “Crazy Legs” Coffman (14). | Photo by Jeff Gross/Getty Images

In which BracketCat counts down the 16th day until the 2020 kickoff with a profile of Kansas State quarterback Max Marsh.

Goal No. 14: CONSISTENCY. Your very, very best every time.

Max Robert Marsh (b. Feb. 9, 2001) is a walk-on quarterback from Eaglecrest High School in Centennial, Colorado, who plans on majoring in architecture. He likely will redshirt.

Marsh played three years at Central High School in Grand Junction under his head coach and father, Shawn Marsh, before transferring to Eaglecrest in Centennial when his father became the school’s head coach prior to his senior year.

He totaled 5,706 yards and 39 touchdowns in his prep career on 388-of-656 aim, while he rushed for 1,314 yards and 13 touchdowns, helping Eaglecrest to earn a 9-3 record and a trip to the quarterfinals of the state playoffs, after which he was named an all-state performer.

His father, Shawn, played college football at Mesa State, and his sister, Madi, was on the track and field team at Wyoming.