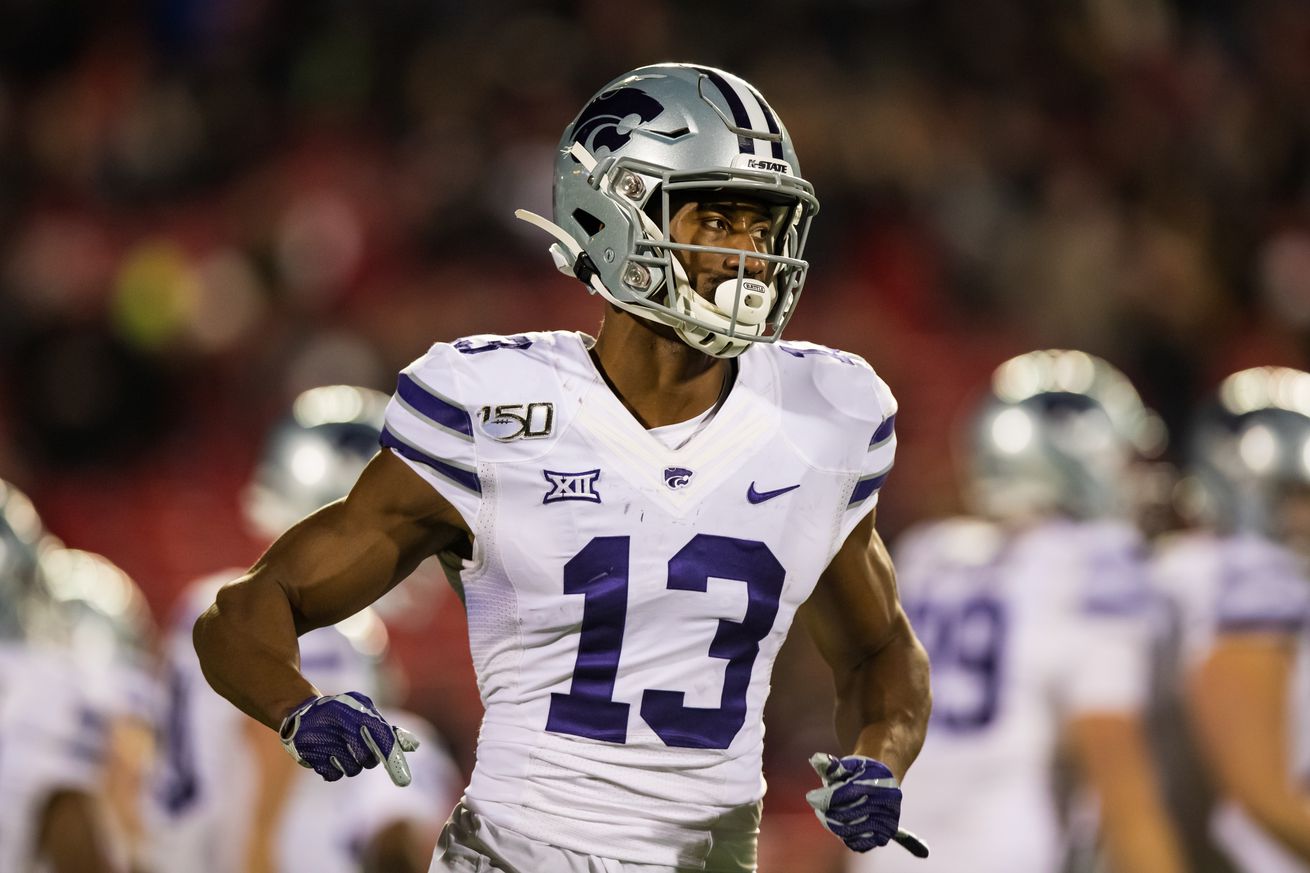 Chabastin Taylor (13) saw his most playing time yet in 2019, registering in all 13 games while clinching the Texas Tech game with an amazing long-bomb touchdown catch, but he still has a higher ceiling he can reach this season. | Photo by John E. Moore III/Getty Images

In which BracketCat counts down the 15th day until the 2020 kickoff with a profile of Kansas State wide receiver Chabastin Taylor.

Goal No. 13: EXPECT TO WIN. And truly believe we will.

Chabastin Edward Taylor (b. Sept. 14, 1998) is a big, physical wide receiver who used the 2017 season to learn the offense and develop. He entered 2018 in the mix for playing time as a redshirt freshman after a spectacular spring game, but ended up being underutilized.

Taylor caught a 20-yard touchdown pass from Alex Delton to start the scoring and followed that up with a 45-yard touchdown from Hunter Hall, both as a starter for the White team.

In all, he tallied five catches for 118 yards to lead all receivers by a wide margin. (In fact, Taylor led the entire team in all-purpose yards for the game — no mean feat.)

Ultimately, Taylor played in five games in 2018, hauling in three catches for 22 yards and a touchdown, most of that against Iowa State in an otherwise disappointing game. He caught two passes for 17 yards, which included a 9-yard touchdown reception, in that contest.

Under the new coaching staff, Taylor, who is majoring in sociology, played in all 13 games in 2019, with starts against Texas and Iowa State; set a career high with 74 yards at Texas Tech, a game that featured a 48-yard touchdown to help put the game away; and registered a career-high four catches against Bowling Green.

The lone wide receiver signee in the class of 2017, he also had offers from Baylor, Louisiana, Louisiana Tech and North Texas, as well as interest from Houston and UTSA.

Taylor played under coach Chris Jones for Giddings High School, where he was a two-time all-district honoree, including his senior season, when he was named Offensive MVP of District 10-4A and member of the All-Midlands Region team by PrepStar.

He hauled in 42 passes for 815 yards and 16 touchdowns for the Buffaloes in his junior and senior years, while also rushing for 945 yards on 122 carries and another 14 scores.

Taylor also played quarterback, completing 29 of 57 passes for 449 yards and four touchdowns during the final two years of his prep career.

He participated in track, earning district championships in the 4×200 relay as a junior and senior, as well as the 200-meter dash as a senior.