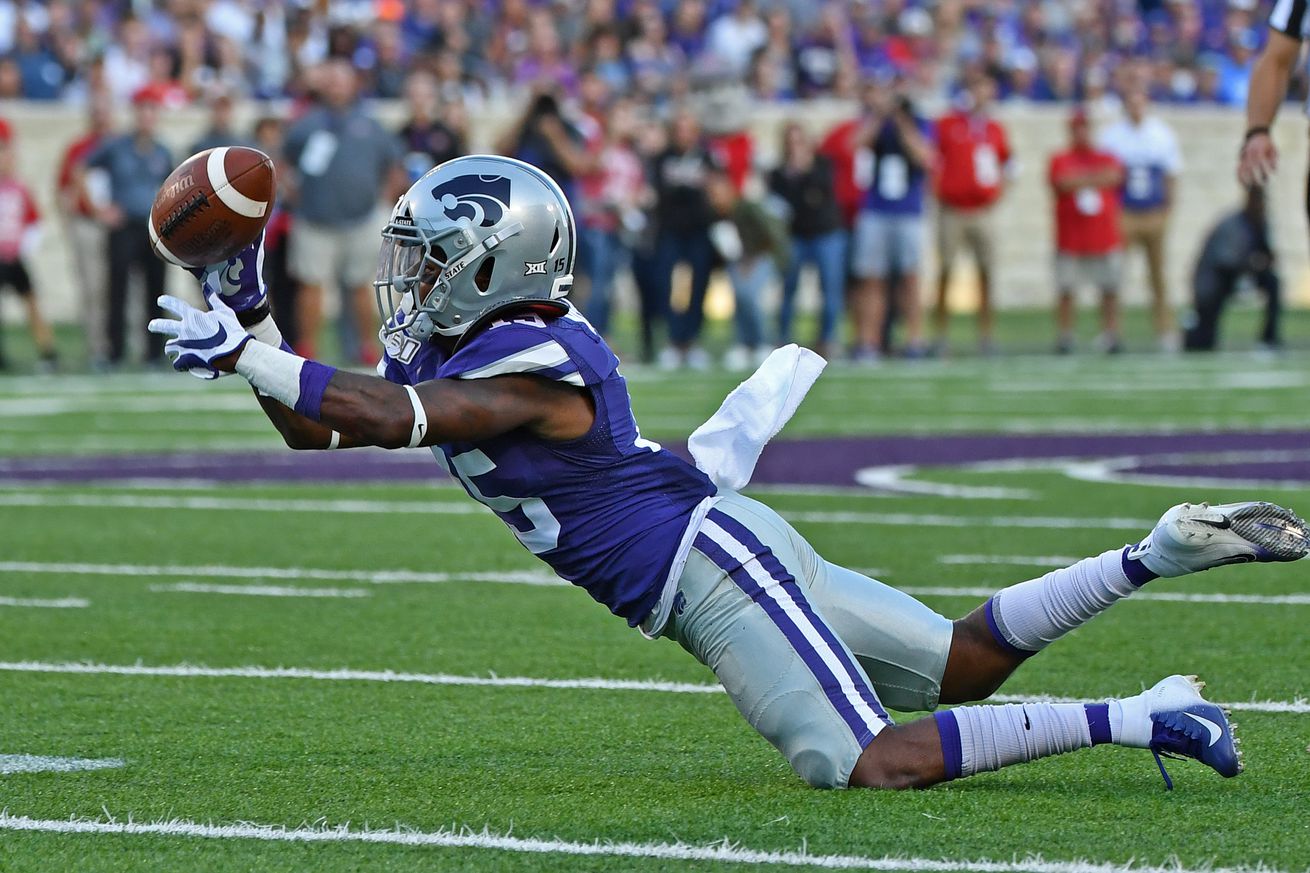 Walter Neil’s (15) surprising August decision to transfer made his jersey number available for JUCO defensive tackle Robert Hentz II, who was currently wearing No. 1. I guess going from 1 to 15 is a slight upgrade for a defensive lineman…? | Photo by Peter G. Aiken/Getty Images

In which BracketCat counts down the final day before the 2020 kickoff with a profile of Kansas State defensive tackle Robert Hentz II.

Robert Hentz II (b. April 5, 1999) is a powerful, explosive monster of a JUCO defensive tackle from Mississippi who plans to major in psychology and make an immediate impact.

Hentz is currently locked in a battle with fellow JUCO defensive tackle Derick Newton for the right to back up inexperienced junior Eli Huggins on the defensive line. I think that is a recipe for a lot of playing time for both Hentz and Newton, pandemic notwithstanding.

He led the Tigers to a 9-4 overall record and the first round of the Class 6A state playoffs as a senior in 2017, one of three playoff teams he played for as a high schooler.

Hentz totaled 85 tackles, 25 tackles for loss, 10 sacks and two forced fumbles as a senior at South Panola, and he had a career-high 15 tackles against Columbus.

He then enrolled at Northwest Mississippi Community College and played under head coach Benjy Parker, including during the 2019 season, when he earned NJCAA second-team All-American, All-Region 23 and all-conference honors.

He totaled 44 tackles, 10.5 tackles for loss and three sacks as a true sophomore, and also added a forced fumble and fumble recovery, five pass breakups, and a blocked kick in 2019.

Hentz registered a season-high eight tackles in the 2019 season opener at East Central, then had a season-high three tackles for loss the next game against Southwest Mississippi.

He also came away with five tackles and a season-best 1.5 sacks against Copiah-Lincoln.

Hentz played in all 10 games with one start in 2018, finishing the season with 26 tackles, six tackles for loss and two sacks.

Hentz’s uncle, Deshea Townsend, played at the University of Alabama and then with the Pittsburgh Steelers from 1998 to 2009, while he is currently serves as the secondary coach for the Chicago Bears.