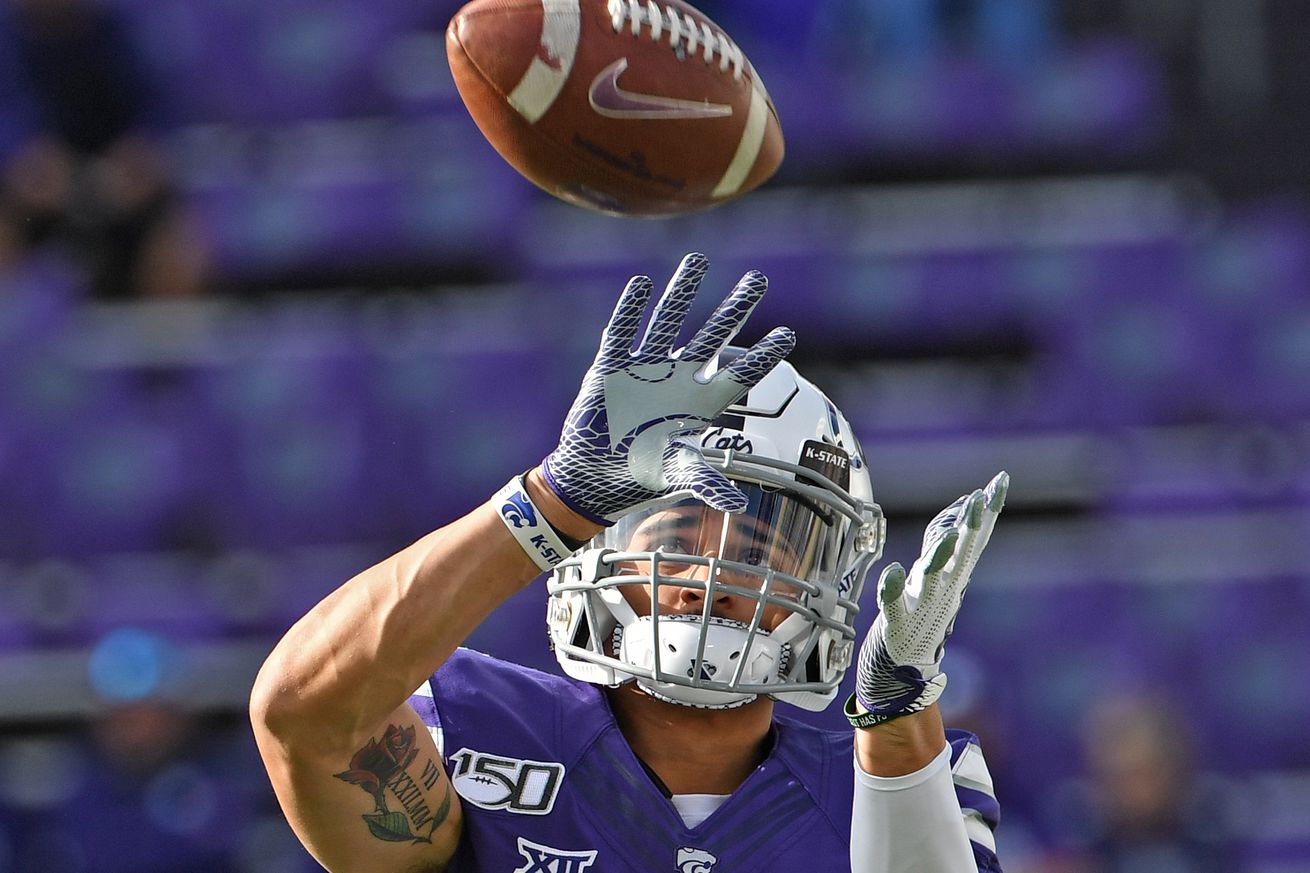 Freshman wide receiver Keenan Garber (1) played in exactly one game last season, in his hometown of Lawrence, so he was able to retain his redshirt. | Photo by Peter G. Aiken/Getty Images

In which BracketCat counts down the final day before the 2020 kickoff with a profile of Kansas State wide receiver Keenan Garber.

Goal No. 1: COMMITMENT. To common goals and to being successful.

Keenan Jae Garber (b. July 22, 2000) is a very promising young wide receiver who brings speed, but also a little height to the position. He is majoring in business administration.

Garber played in one game in 2019 — seeing action against his “hometown university,” Kansas — as he preserved his redshirt. He seems primed for more playing time in 2020.

A three-year letter-winner for Free State High School in Lawrence under coach Bob Lisher, Garber helped the Firebirds to earn a 10-1 record and league championship each season.

Garber was named a first-team all-state performer by The Topeka Capital-Journal, The Wichita Eagle and Kansas Football Coaches Association in 2018, and also was named to the USA TODAY Sports/American Family Insurance All-USA Kansas team as a defensive back.

USA Today described Garber as a “Swiss Army knife player — play him anywhere on offense, just get him the ball” and indicated he had a chance to play early with his athleticism.

He earned honorable mention accolades from The Wichita Eagle in 2017 and was a 2018 Otis Taylor Award finalist as the most outstanding wide receiver in the Kansas City area.

Garber also was named a 2018 first-team All-Simone performer as one of the top prep players in the Kansas City area after he carded 814 receiving yards and 17 touchdowns as a senior, while also recording four interceptions, including two he returned for touchdowns.

He was selected to play in the 2019 Kansas Shrine Bowl and was a high school teammate of current Kansas State fullback Jax Dineen, who did not redshirt in 2019.