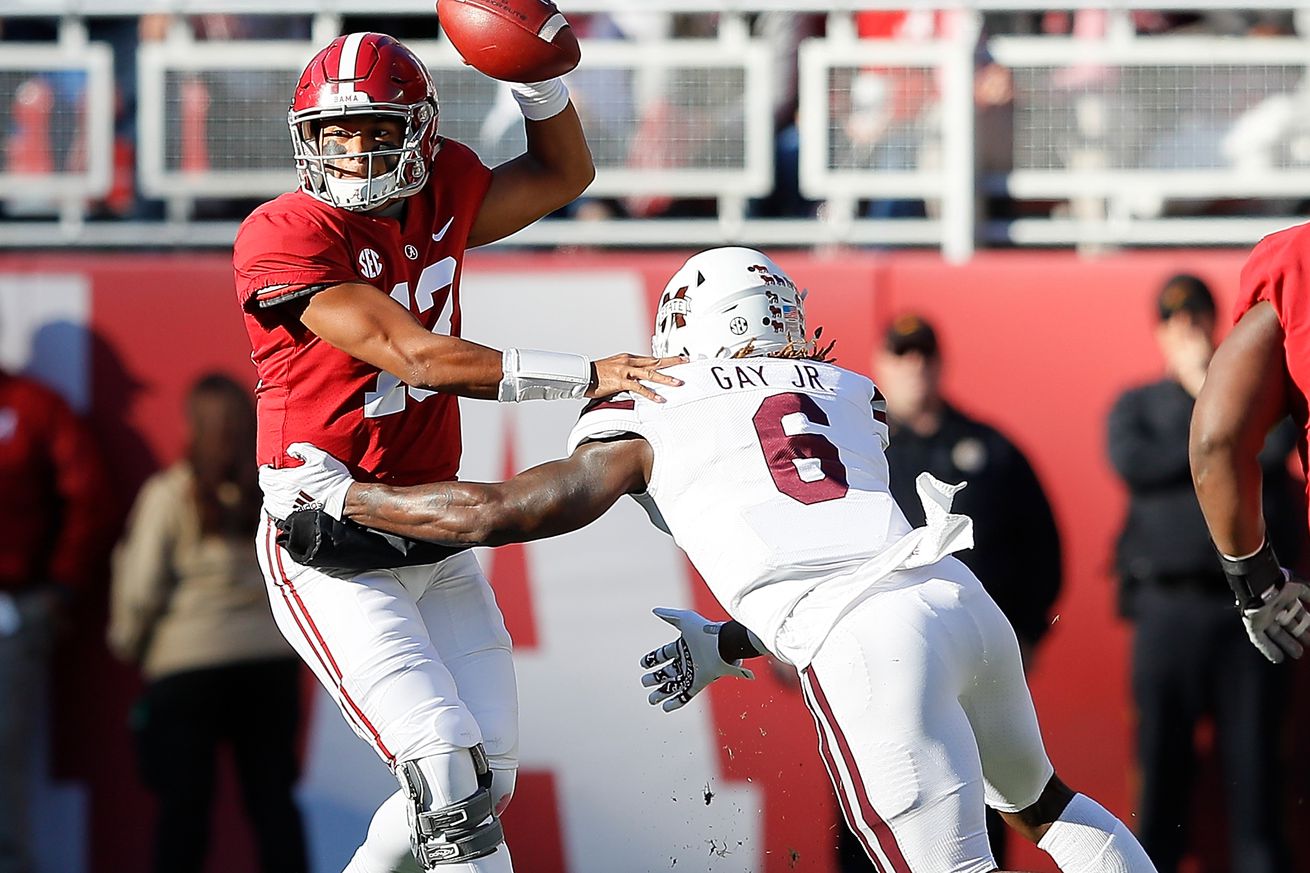 The Summer of Spags continues with a blitzing technique that suits the athleticism the Chiefs have added this offseason.

Welcome back to the Summer of Spags!

Over the past two articles, we’ve covered amoeba fronts and mint fronts — some new alignments that Kansas City Chiefs defensive coordinator Steve Spagnuolo could implement in 2020.

Now we’ll show you a technique that could become more prevalent with the athleticism the Chiefs added with new linebacker Willie Gay Jr. Spagnuolo loves to blitz. Defensive line coach Brendan Daly loves to play games on the line. So why not marry the two into a pressure technique?

The coffeehouse blitz is named for its start-stop nature, which requires the player executing the blitz to fake a technique before rushing the passer. This can mean that the player simulates dropping into coverage, stops rushing as if to spy the quarterback or even attempts to execute a stunt. Brandon Thorn wrote an excellent article about coffeehouse stunts, and I highly recommend reading it.

The coffeehouse blitz takes a similar approach — but it is used with a non-traditional rusher, and doesn’t always involve another rusher.

Coffeehouse blitzes come when a rusher fakes a blitz, sells a coverage drop, spy, or different rush path, then attacks the gap when the OL look the other way.

Some may remember Danny Trevathan executing a perfect coffeehouse blitz early in the 2019 season. pic.twitter.com/6VB9ZUr4kC

The play shown here is an excellent example of a coffeehouse blitz. Danny Trevathan of the Chicago Bears is playing off the defense’s tendency to simulate pressure and drop into coverage. As Trevathan stops his initial rush, the right guard turns his focus away from him — and Trevathan gets a free path to the quarterback.

These coffeehouse blitzes are used sparingly — if it’s unsuccessful, the rusher ends up behind the play — and require exceptional burst to knife into the backfield. A good offensive lineman will take his eyes off of the rusher only momentarily — so in order to succeed, the blitzer has to be able to shoot the gap rapidly.

Coffeehouse blitzes aren’t “new”, but they’re used sparingly. Spags used one back in Super Bowl XLII to get to Brady early.

Mitchell mugs the interior gap, then opens up to drop into coverage on the snap. When the line shifts protection, he bursts through the gap for the sack. pic.twitter.com/PlCNN1Ud0p

Coffeehouse blitzes have been around for quite some time, and Spagnuolo is familiar with their implementation — as we see in this play.

Spagnuolo has a strong tendency to blitz his cornerback from a condensed split in a two-high structure; here, the New England Patriots shift protection to account for that.

Spagnuolo also routinely mugs the A-gaps with his linebackers before dropping them into coverage, trying to confuse the protections up front. We saw this being carried through to Kansas City in 2019. Spagnuolo’s tendencies are important, because coffeehouse blitzes play off of them, hoping offenses will take the bait.

On this play, as the linebackers begin to drop into coverage, the Patriots left guard shifts protection to find work. As he looks away, Kawika Mitchell plants his foot in the ground and shoots the empty gap. The left guard sees that the strong EDGE defender has dropped into coverage, but by the time he is able to check back inside, Mitchell is already through the gap to the quarterback.

Coffeehouse blitzes catch the moment when the OL have disregarded the rusher. To do that, defenses have to set it up with their rush plan.

In 2019, NE ran a strong twist with containment rushes on the outside early in the game. The RG is late to rotate, and Mahomes takes a sack. pic.twitter.com/MaIn8Jx8AT

As Brendan Daly and the Patriots defensive staff showed us in the 2018 AFC Championship game, the setup for these coffeehouse blitzes can come during the game. The Patriots were often in their dime defense to counter the speed the Chiefs had on the field. That led to Kyle Van Noy and Dont’a Hightower being integral pieces of the New England pass-rush plan.

The games that Bill Belichick and Daly played up front confused and troubled the Chiefs’ protections. The strong twist shown in this play takes full advantage of the Chiefs’ inability to quickly hand off a long scoop and reset in the gap. The nose tackle and Hightower knife across the face of their blockers, while and Van Noy loops behind to the free gap. The Chiefs’ inability to communicate and quickly transition blockers leaves three offensive linemen blocking two rushers — and the right guard grasping at air as Van Noy slips into the backfield.

NE went back to the well later and took advantage of a peeking blocker.

Hightower engages RG, then eases his rush. RG peeks backside, putting him at a different level than the RT. The DE is able to knife under and Hightower executes the TEX stunt forcing RB to cut the free rush. pic.twitter.com/MwKTK5UqyT

That early setup allowed the Patriots to utilize a coffeehouse blitz later in the game, too.

Here, Hightower takes an early step into the right guard, then eases up his rush. The nose tackle is scooping away, so the right guard peeks to the back side to see if the looping rusher is coming. This hesitation not only takes the right guard’s eyes away from Hightower, but also stops his feet and puts him on a different level than the right tackle.

That’s never a good situation — the line needs a unified front at the same level to protect the quarterback — but even less so with an EDGE rusher knifing under the right tackle into the vacant space behind the right guard.

When Hightower sees the guard look away, he executes the stunt behind the knifing EDGE. The right tackle can’t pass the stunt off to the guard because they’re on different levels — which leads to the running back having to pick up Hightower and the EDGE. They end up getting a shot at Patrick Mahomes — this time, with a shot at his helmet in an uncalled personal foul penalty.

The linebacker may not have gotten the pressure on the play, but the coffeehouse blitz he executed put his teammate in an advantageous position, forcing the running back to pick up the wide rusher — rather than chipping the player in Mahomes’ face.

How it fits the Chiefs

During the offseason, Spagnuolo, Daly and linebackers coach Matt House have added more athleticism to the defense as a whole — but with Willie Gay Jr., particularly at the linebacker position.

In my film review, I gushed about Gay’s burst, body control and stop-start ability while simulating pressure. All of those attributes are key components in successful coffeehouse blitzes. Gay should be able to sell his fakes better than any other linebacker on the Chiefs roster — and could put coffeehouse blitzes back into Spagnuolo’s tool box.

With the players they had last year, the Chiefs were willing to dial up exotic coverages and pressures. But after adding more athleticism at all levels, Spagnuolo could feel significantly more comfortable calling more of these longer-developing, tendency-breaking blitzes in 2020.

Here’s hoping that Willie Gay Jr’s coffeehouse blitzes are just as impressive as Trevathan’s in 2019.