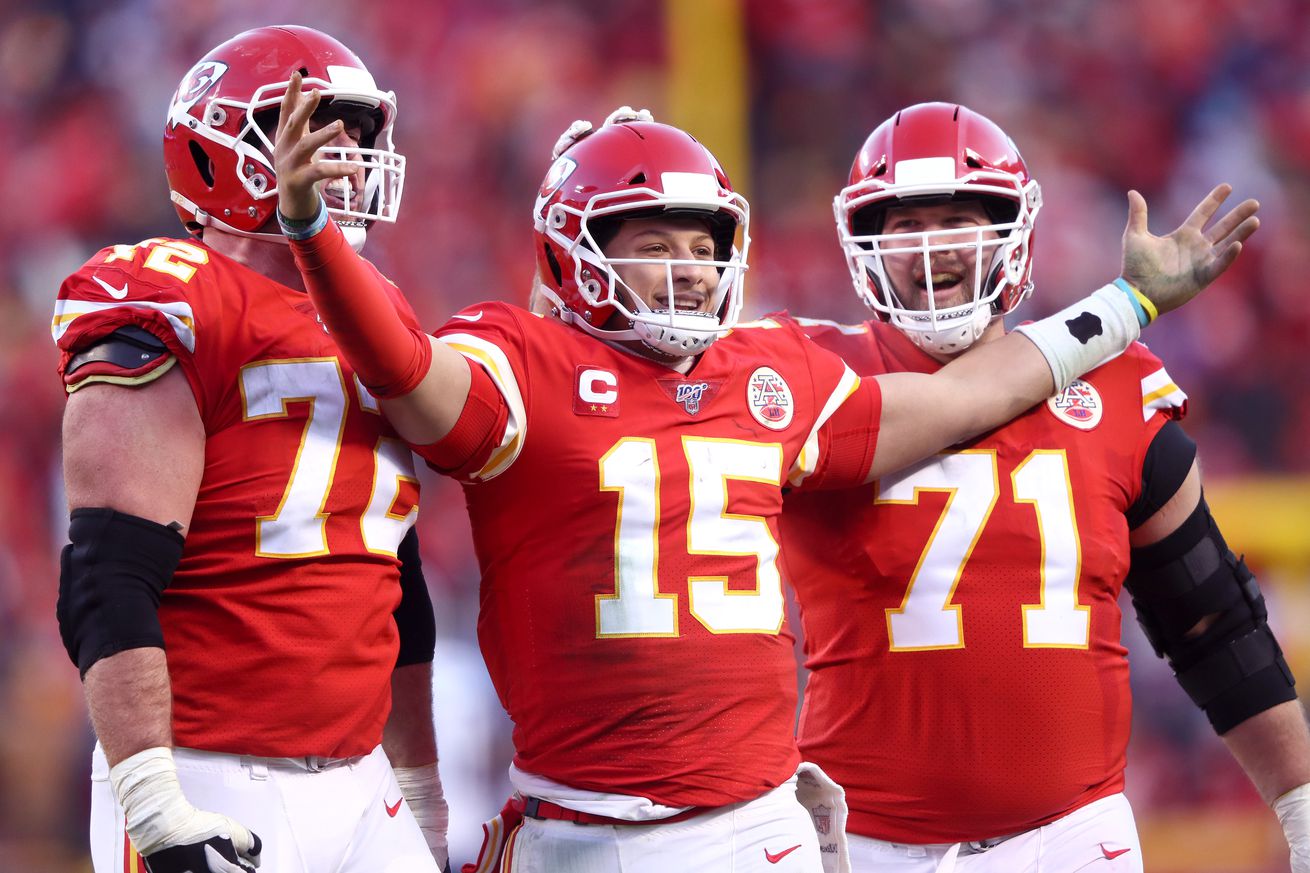 One of the most important positions on the team should be invested in sooner than later.

With free agency beginning in less than two weeks, the list of positions that the Kansas City Chiefs need to address this offseason has been well-established. One position you probably haven’t given a second thought to is offensive tackle — and that’s a good thing.

The Chiefs have been very fortunate with their starting offensive tackle duo. Left tackle Eric Fisher and right tackle Mitchell Schwartz are among the best duos at the tackle position in the NFL — mainly because of their availability. Before Fisher’s injury that sidelined him for half of 2019, the two tackles had played in every game during the first three years they were teammates. Fisher’s injury also showed how valuable he is to the team’s success. The offense’s ineffectiveness at times early on in the season can be directly related to the poor play of backup left tackle Cam Erving, who won’t be returning next season.

Schwartz will turn 31 this summer, and Fisher will begin the season at age 29. While the age should not disturb the team’s immediate plans, the two players’ contracts give reason to evaluate the future of the position.

Fisher has two more seasons remaining on his current deal — but the team can cut him with minimal consequences next offseason. He would save $11.5 million in cap space just as he reaches the benchmark age of 30.

Schwartz also has only a couple of seasons left on his contract. There is no reason to consider cutting that off early, especially at a $10 million cap hit in 2021 — the sixth-highest among right tackles in the NFL. The Chiefs may consider extending him a season or two, depending on how long he wants to play.

To sum it up, it’s possible that neither player is on the Chiefs in 2022. If that is the case, there needs to be a plan for those positions now.

Other positions may not need to be evaluated as far out as this. Offensive tackle is unique in that it is rarely solved instantly with a high draft pick. Transitioning from college to the NFL is typically harder for tackles than most other positions. It may take time to add enough strength to hang with some of the NFL’s best defensive ends. Fisher is a good example: It took him multiple seasons to live up to the expectations of being the first player selected in the 2013 NFL Draft. He was looked at as a bust for his first few years — and now he’s a staple of a championship-winning offense.

The point being, the Chiefs need to be looking for young talent to groom sooner than later if the plan is for them to start in 2022. The evaluation process should begin by looking at the players currently on the roster.

The player that would most likely be the backup tackle next season is offensive lineman Martinas Rankin. He is recovering from a patella injury that ended his 2019 season early — but he should be ready for the beginning of 2020. While Rankin does have the capability at tackle, I believe his efforts will be utilized more at one of the guard positions.

That leaves two offensive tackles on the team that are far from familiar faces. Tackles Greg Senat and Jackson Barton were both in their first year with the Chiefs in 2019.

Senat was originally drafted by the Baltimore Ravens late in the 2018 draft. At Wagner University, Senat initially was a basketball player — but decided to play football for the last two years of his career. He started all 22 games that he was a member of the football team at offensive tackle. Unfortunately, Senat has been placed on the IR in both of his NFL seasons — including this past year where the injury was undisclosed. At 6 feet 6 and over 300 pounds, Senat’s basketball background gives him a unique athleticism at the tackle position. He will have a chance to compete for the backup tackle position as the Chiefs move on from Erving.

His only current competition is Barton (No. 68 seen above). Barton entered the league as a seventh-round draft pick by the Indianapolis Colts in 2019. The Chiefs poached him from the Colts’ practice squad in November and had him on the active 53-man roster all the way through the Super Bowl. He was a two-year starter at Utah University and earned first-team All-Pac 12 as a senior left tackle. Measuring in at 6 feet 7 and 310 pounds at the NFL Combine, Barton brings length and size to the field.

In an ideal world, one of these two players would develop into a starting tackle some time over the next couple of seasons. Realistically, it’s likely that neither reaches that level. There’s a reason most high-level offensive tackles were drafted early. If there is any reason to believe a prospect could turn into a legitimate starter, NFL teams won’t let them slip far down the draft board.

The 2020 NFL Draft class is a perfect showcase for this. Four offensive tackles could reasonably be picked in the top 10. Georgia’s Andrew Thomas, Alabama’s Jedrick Wills, Iowa’s Tristan Wirfs and Lousiville’s Mekhi Becton have all been identified as potential long-term starters.

The Chiefs aren’t in a position to spend any draft capital to trade up for an offensive tackle — but they need to do their homework on potential late-round prospects. Some names to remember:

The Chiefs only have five draft picks in 2020 — for now. There are positions more worthy of being selected with one of those slots. Still, the team needs to consider investing in the future at offensive tackle sooner rather than later.