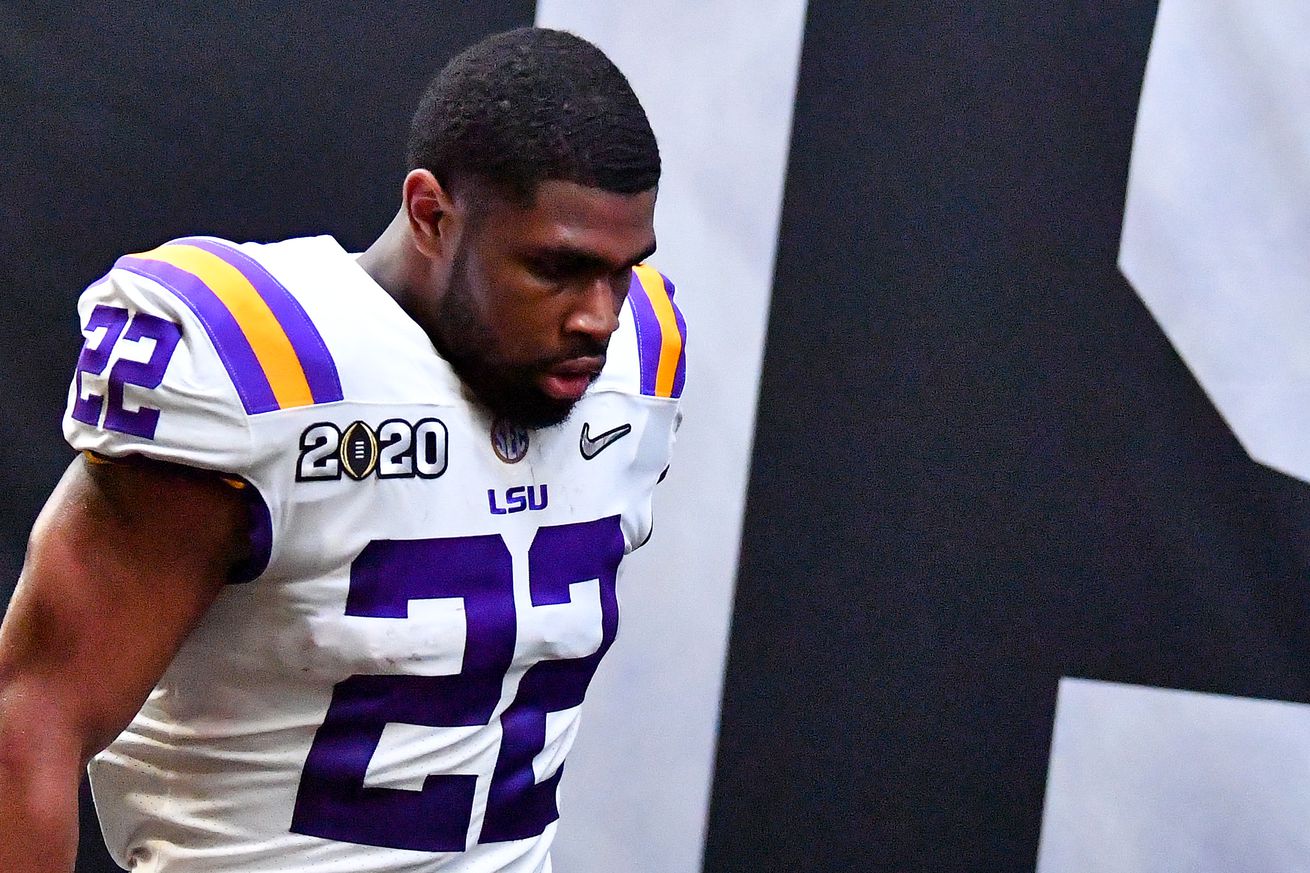 Advanced analytics show us that drafting a running back in the first round doesn’t add enough surplus value to be worth the investment.

Clyde Edwards-Helaire is a Chief.

On Thursday night, the Kansas City Chiefs drafted him in the first round (32nd overall). He will be joining the defending Super Bowl champs for the 2020 season.

Clyde Edwards-Helaire is a phenomenal athlete. He has elite balance — and almost never goes down at first contact.

Clyde Edwards-Helaire is a great receiver. He runs crisp routes out of the backfield — and easily earns yards after the catch.

Clyde Edwards-Helaire is a winner. He was the leading rusher on LSU’s 2019-2020 National Championship team, averaging 6.9 yards per carry in the championship game and adding 54 more yards through the air.

But… Clyde Edwards-Helaire is a running back.

If you’ve been following the work of the NFL’s analytics community, you’ve heard people like me say, “Running backs don’t matter.” This purposefully curt phrase is meant to signify a few things:

Sometimes people like me can create this evil numerical boogie monster — one who tells us things we don’t want to hear about the game we love. So in order to protect our views, we tell ourselves, “There’s no way this analytics boogie monster understands football. It’s too complex!” Or we say, “These findings may be true on average — but not here!”

But there is no boogie monster. We’re regular people — people who love football just as much as you, but also happen to have a background (or career) in understanding complex topics through a quantitative lens.

And after reading all the available research (or doing some themselves) 99% of these people come to the same conclusion: running backs don’t matter — at least not enough to warrant a first-round pick.

I could spend 5,000 words breaking down exactly why each of the these tenets are true. I could add 20 or more charts to help make my case. I could show you passing efficiency against rushing efficiency over the past decade. I could explain how a model built to predict running plays performs worse when it knows who the running back is — which is true for all backs, not just average backs. I could show you how PFF run-blocking grades correlate to success much more than running back grades.

And over the next few weeks, I may do all of that. Maybe more.

But it’s been done before. And honestly, I don’t think anyone who isn’t convinced is going to change their mind after looking at a few more scatter plots.

So instead, let me tell you a story:

In the third round of the 2017 NFL Draft, the Chiefs drafted running back Kareem Hunt. Make no mistake: Hunt was a playmaker. He had elite balance, constantly broke tackles and added significant value in the passing game.

In short, whatever adjectives you wanted to use to make a running back sound good all applied to him.

But in November of 2018, Kareem Hunt was released from the team. The following week, backup running back Spencer Ware was ruled out for the season with an injury, and Damien Williams — an undrafted free agent — took over the starting job.

No one said he had elite balance. He did not seem to add significant value in the passing game. There were certainly no comparisons to Brian Westbrook. In fact, Williams had barely made a splash with the Miami Dolphins, with whom he averaged about 120 yards a season during his rookie contract — which had made it possible for the Chiefs to sign him to an incredibly cheap deal in 2018.

But in 2019, Damien Williams won a Super Bowl — and was just a Dee Ford away from winning his second Super Bowl.

And yet… every time a team thinks a star running back is worth a top pick (or a top paycheck), one of these things tend to happen:

But here’s the thing: the evidence is so compelling in one direction that I’m going to need to see some evidence in the other direction to start a conversation. In other words, if you think I’m wrong, don’t just tell me. Show me.

Even given all that, it’s still very likely that Edwards-Helaire is an upgrade to the team’s running back corps. He could very well make the offense better — that is, if he is not taking the ball out of Patrick Mahomes’ hands or taking targets from Tyreek Hill and Travis Kelce.

But the offense is already incredibly efficient. In fact, the past two years have been shown to be the two most- efficient years for any offense over the last two decades. This means that any gains the team receives from their new first-round pick will be minimal. The problem is that the cost was not minimal.

Mahomes is going to get paid soon — and he is going to get paid a lot. That cost will be well worth it, but it will put a stress on the team’s cap situation. Chiefs general manager Brett Veach will need to find surplus value — players whose production is worth more than their cost. It’s likely that running back is the easiest position where that can be done; the Chiefs need not look any further than their own recent history to see examples of why this is true.

So it’s likely that the decision present Brett Veach made on Thursday night will just make decisions future Brett Veach has to make that much harder.

But for now, all we can do is strap in and enjoy the ride — because the Chiefs are Super Bowl champions.

And Clyde Edwards-Helaire is a Kansas City Chief.