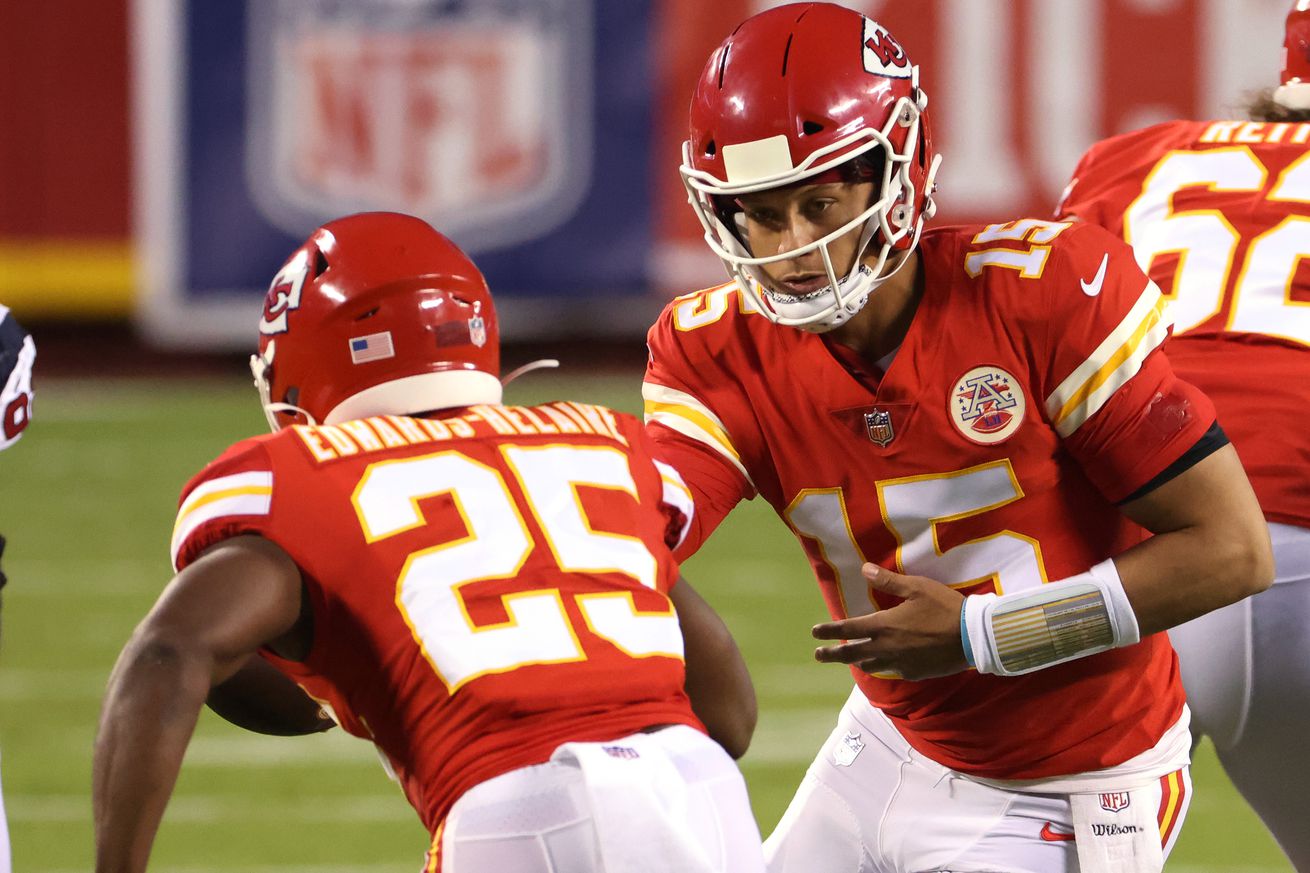 Even after Week 1’s games… still not unanimous.

The Kansas City Chiefs made a strong case to remain on top of the Week 2 NFL Power Rankings with a 34-20 victory over the Houston Texans in the season opener. But as this week’s rankings are released, not everyone is buying in.

It’s not fair. On a night when Patrick Mahomes averaged a pedestrian 6.6 yards per attempt, Tyreek Hill and Travis Kelce were held under 100 yards combined and Clyde Edwards-Helaire finished his first NFL game without a catch, the Chiefs still put up 34 points in an easy win over the Texans. Last season, four different teams went the whole year without scoring 34 points once … the Chiefs do it when it feels like they’re barely paying attention. Edwards-Helaire was the story against Houston, piling up 138 yards and a touchdown on the ground. He is yet another piece of an offense that might be functionally impossible to stop.

He added another dimension to the Chiefs’ offense with his ability to make defenders miss in the open field. Edwards-Helaire, who rushed for 138 yards and a touchdown on 25 carries Thursday, is difficult to knock off his feet and should continue to gain yards after contact. He averaged a healthy 2.68 yards after contact in his debut against the Texans.

Honestly, I might have kept the Chiefs in the No. 1 spot even if they’d lost to Houston. They are that good. Of course, they didn’t put me in a position to have to do that—reminding everyone exactly how good they are with a win on the season’s opening night.

They showed in the opener that they are still the team to beat in the league. And now they can run it with the rookie Clyde Edwards-Helaire, which makes the offense even tougher to defend.

Patrick Mahomes had his typical game, post signing his mega contract. But how about that loaded defense and running game coming through, too, vs. the Texans? The Super Bowl 54 champions will be hard to remove from this spot all the way through Super Bowl 55.

May as well just keep them parked here for a minute – or an hour. QB Patrick Mahomes has never lost a start in September nor thrown an INT before October.

It’s not as if the Chiefs needed another offensive star. They have one, anyway, with the immediate emergence of rookie RB Clyde Edwards-Helaire with his dazzling performance against the Texans in the NFL season opener Thursday night.

It sure feels like the reigning Super Bowl champions have the potential to be the NFL’s version of the Golden State Warriors dynasty. As if Patrick Mahomes wasn’t dangerous enough, now he has a modern-day Brian Westbrook to work with in Clyde Edwards-Helaire.

The biggest surprise for me was how poorly the Minnesota Vikings and Dallas Cowboys played and also just how good that Pittsburgh Steelers defense is. Then, of course, there was that 16-14 home defeat Denver was handed by the Tennessee Titans.