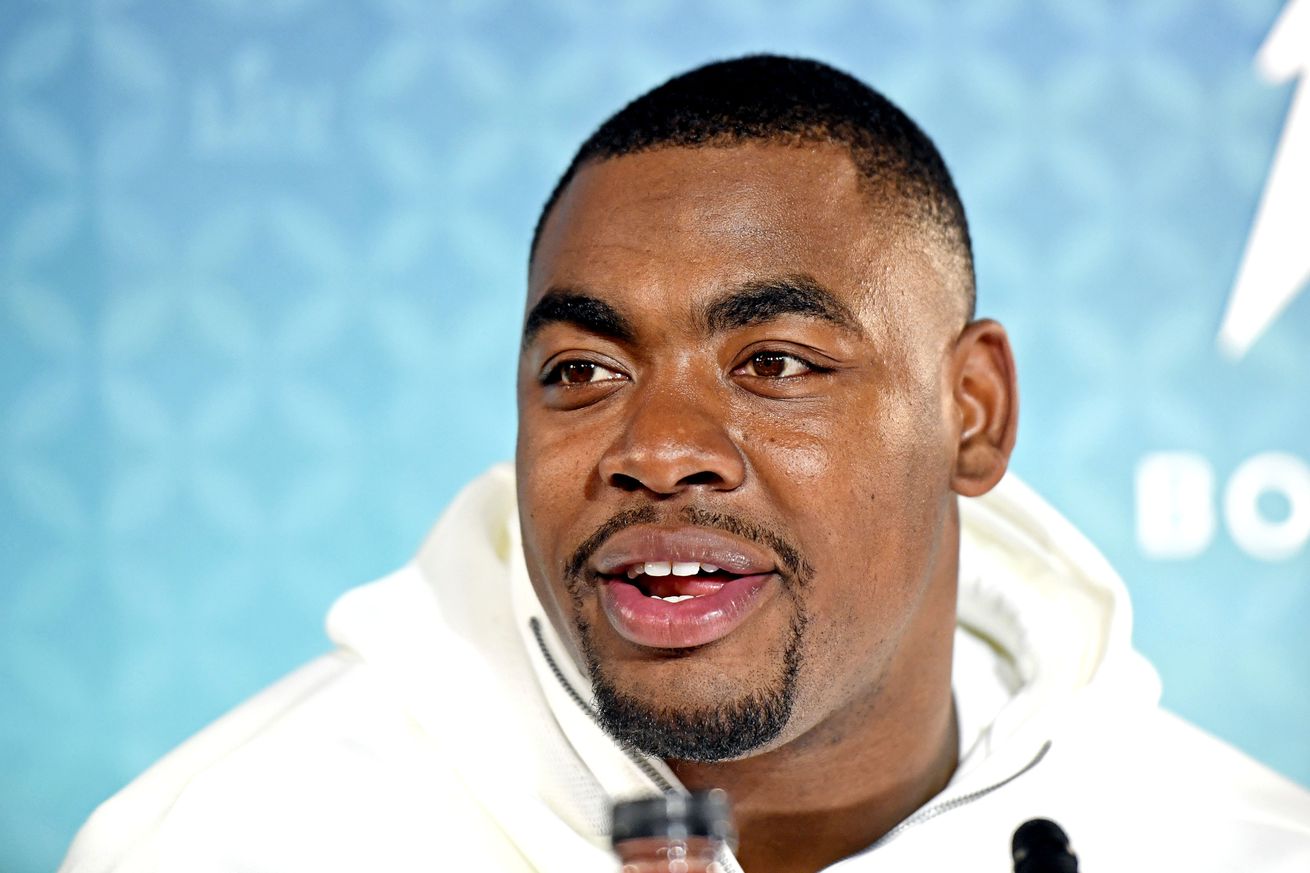 Ranking the Chiefs: our readers speak

On Saturday, we concluded our Ranking the Chiefs series by unveiling our readers-only version of the top five all-time Kansas City Chiefs:

The big takeaway here is that despite the fact that he’s played for only three seasons, our readers are ready to place Mahomes at the top of the Chiefs pantheon — and value Hall of Fame linebacker Bobby Bell more than our contributors did.

Appearing on “The Herd with Colin Cowherd” late last week, Reid told Cowherd about how that allowed him much more time to fully dive into one of his favorite activities as an NFL head coach — offensive play design.

“That’s what we do, and so I’ve had a lot of time to do it,” Reid explained. “And I love doing that part of it. And we’ve got some good stuff. The challenge is to keep challenging Patrick and to keep him growing — to give that opportunity. Players hate to be sitting there stagnant, so one thing you love doing as a coach is just finding that one more thing you can get to even make them greater than they already are.

“That’s what we do, and we enjoy doing it. And I’ve had a lot of time to do it, and we got some really good stuff. I know you’re picking the Denver Broncos, but I can’t wait to jump in and get this thing rolling.”

Monday was also a significant day because it marked the beginning of the final month the Chiefs have to sign a long-term contract with their star defensive tackle.

As recently as this past February, Chiefs general manager Brett Veach said that getting Jones signed to a deal was “a priority” and that Jones was “at the top of that list” for the Chiefs to re-sign. Since the league year began in mid-March, the Chiefs have often indicated that they are continuing to work with Jones’ camp to sign a new deal. But just over two weeks ago, there was a report saying the two sides have had no contact since mid-March.

Obviously, all of those things can’t be true. So we can’t say for sure that the two sides are even talking to each other right now.

We could say there is still plenty of time to get a deal done — because there is. It wouldn’t be the first time in NFL history that during the course of a month, “no progress in negotiations” somehow became happy smiles over a signed contract.

After Tuesday’s announcement that reigning NFL MVP Lamar Jackson would be on the cover of EA Sports’ “Madden 21” video game, it seemed to us that the promotional trailer of NFL action missed someone who seemed… significant.

But where is the Super Bowl MVP? The 2018 NFL MVP? The player who scored 76 touchdowns over the past two regular seasons?

Where is Patrick Mahomes?

Also on Tuesday, we pitched in to SBNation’s Video Game Week with Ron Kopp’s list of seven real-life Chiefs performances that looked like they should have happened iin a video game.

As great a player as Mahomes has been over his two years as an NFL starter, his best single-game performance may have been in the third start of his career.

In Week 2 of 2018, Mahomes went into Heinz Field and outscored an explosive Pittsburgh Steelers offense to earn a 42-37 win. His completion percentage of 82% is still a career-high for a game he finished. Since then, he’s only reached six touchdown passes just once — but against the Steelers, he had no turnovers. As you recall, he had five turnovers in his other six-touchdown game against the Los Angeles Rams in 2018.

The 154.8 passer rating remains a career-high for Mahomes — and he made it look as easy as playing your younger sibling in Madden.

Lamar Jackson says he likes to choose the Chiefs in Madden

Video games returned to the news on Wednesday as we recapped some of Jackson’s interviews following his selection for the Madden cover.

When Clark asked him which player he most likes to control in the video game that now bears his image, he gave a remarkable answer.

Obviously surprised, Clark asked him again: would he choose the Chiefs even now? Jackson said he wouldn’t — except in certain cases.

“If somebody tells me they want to play with me? Then I’ll get the Chiefs.”

Then Kent Swanson continued our Lottery Tickets series with a look at the Auburn cornerback who could make the Chiefs’ final roster based on his athleticism.

Both Davis and fellow Lottery Ticket Lavert Hill are undersized corners competing for a role as the slot cornerback — but they’re going after it with entirely different skillsets. Where Hill lacks long speed and change-of-direction skills, Davis is the opposite; he’s a twitched-up athlete with great change-of-direction ability, burst and long speed. Where Hill plays with a high football IQ — along with good zone awareness and instincts — Davis isn’t as strong in those areas. If you put Hill and Davis together, you’d have a Day 2 prospect.

You cannot teach the change of direction and speed that Davis has, but you can teach him proper technique and help him better understand concepts. His feet need a lot of work — and improvements there will let his quick-twitch ability take over in his transitions. If the Chiefs can find a way to improve his processing skills a tick or two, he’s going to have a chance to make the roster.

Could the Chiefs still make a trade for Chris Jones?

After an article by Alistair Corp on our SBNation sister site Field Gulls suggested the possibility that the Chiefs defensive tackle would fit with the Seahawks, we examined whether a midsummer trade might still be possible.

Corp’s article raised some eyebrows among Chiefs fans — some of whom have thought all along that the Chiefs would be better-served to trade Jones.

But it’s important to note that NFL trades in June or July are pretty rare. The last time two teams made a deal for an impact player during the those months was in 2011, when the Arizona Cardinals sent cornerback Dominique Rodgers-Cromartie and a second-round pick to the Philadelphia Eagles for quarterback Kevin Kolb.

Significantly, that year also had an abbreviated offseason because of a four-month labor dispute that kept teams from their normal offseason activities until late July. But the Cardinals were desperate for quarterback help in 2011; in the previous season, Derek Anderson and three other quarterbacks had combined for a passer rating of just 60.5. As much as the Seahawks might like Jones, they’re probably not that desperate to acquire him.

Bringing the Jamal Adams conversation back to planet Earth

Speculation among Chiefs fans was wild following Thursday’s news that star New York Jets safety Jamal Adams is seeking a trade — and that he has a list of teams (including the Chiefs) for which he would consider playing under his rookie deal. So on Friday, we examined whether it was likely Adams would land on the Chiefs roster.

Assuming that the Chiefs believe Adams would fit in Steve Spagnuolo’s defense, were willing to give up the draft capital to acquire his rights and could get him to play under his existing contract — which are three big ifs — he is due to be paid $3.6 million in 2020 and $9.9 million in 2021. That’s chump change for a player of Adams’ caliber.

But whether the Chiefs could afford that contract in the coming season is another matter. Lots of people are doing the math on the Chiefs’ “official” NFLPA cap space of $6.2 million — which does not yet include the contracts of any of the team’s drafted rookies — and concluding a trade for Adams is doable.

But when those rookie deals are finalized during the next few weeks, we have calculated they will have an impact of $1.7 million against the salary cap, which would leave barely enough room to accommodate Adams’ contract under the Top 51 contracts rule that is in place until the final roster cutdown. Once the cutdown arrives and all contracts count against the cap, those rookie contracts will have an even larger impact.

So it’s not at all clear that the Chiefs could afford to sign Adams in 2020 — even if he would be willing to play under his current deal.