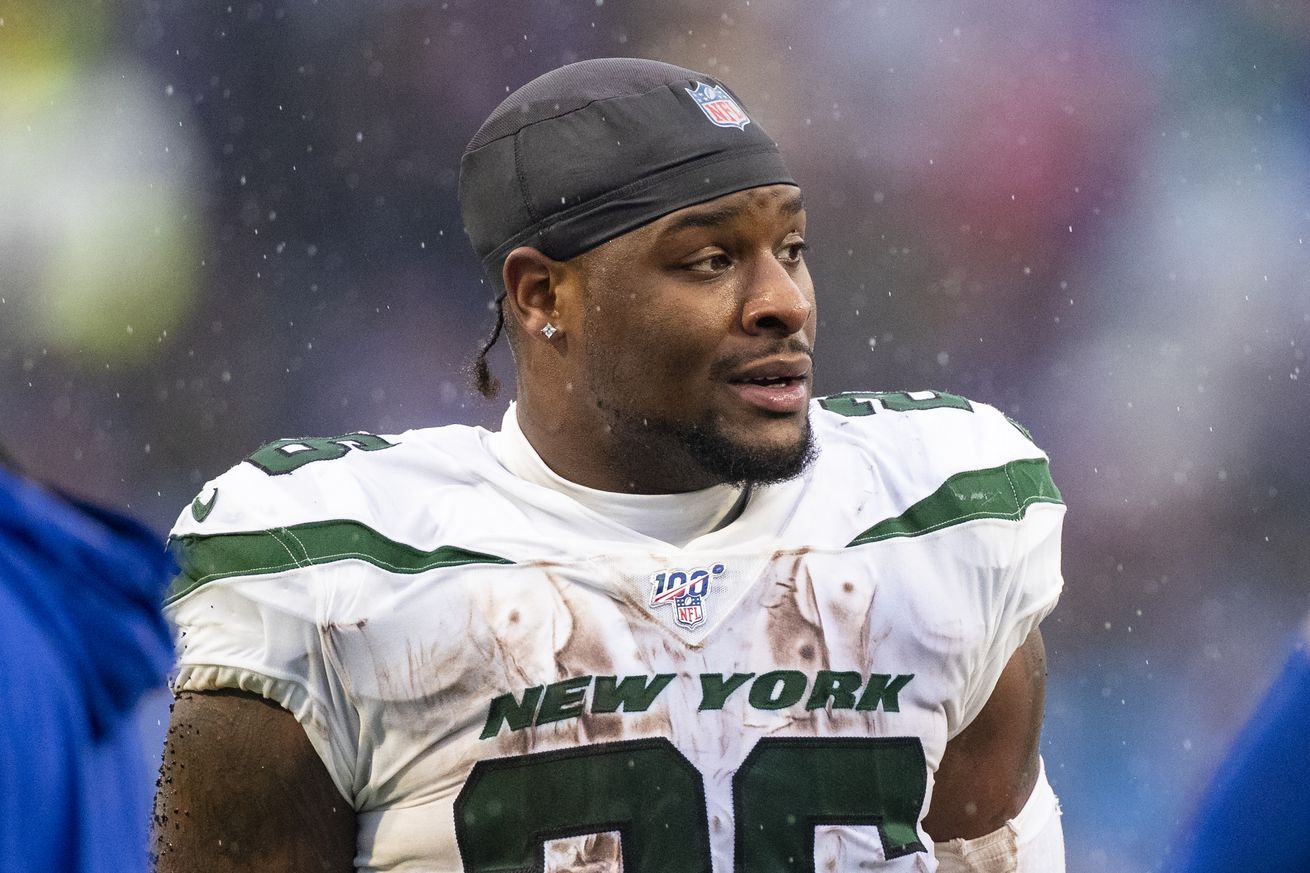 Five things we learned as the Chiefs fell to the Raiders

The week began poorly, with the Kansas City Chiefs lost to the Las Vegas Raiders in a 40-32 stunner at Arrowhead Stadium. Our postgame coverage included a list with twice as many losers than winners, the AP Nerd Squad pointing out that quarterback Patrick Mahomes wasn’t meshing with his offensive line and a hard lesson from the game.

You really can’t blame Chiefs fans for thinking Carr isn’t a very good NFL quarterback. In the last week, I’m likely the 57th person who has mentioned to you that before Sunday, he was 2-10 in his career against the Chiefs, throwing for 15 touchdowns and 13 interceptions and accumulating a passer rating of just 74.6.

But Carr came into Arrowhead on Sunday having the best season of his career, throwing for 1,095 yards (with eight touchdowns and no interceptions) for a passer rating of 113.6. He was was just behind Patrick Mahomes in most statistical categories. After Sunday — when he had a stat line of 22 of 31 for 347 yards, three touchdowns and one interception that was good for a rating of 126.7 — he’ll likely be a bit ahead of Mahomes. For now.

While the game was going on, it was easy to miss an announcement from the league.

The NFL officially announced all the schedule changes that will be made as a result of positive coronavirus tests in the past week.

Among these changes is moving the Chiefs game against the Buffalo Bills — originally scheduled as Week 6’s Thursday Night Football game — to the following Monday. The game will start at 4 p.m. Arrowhead Time in Buffalo. Like the original Thursday night game, it will be carried on FOX.

The league had first conditionally rescheduled the game for next Sunday, but finally decided that another Monday night game — the Chiefs’ third of the season — would work better.

By Monday morning, we knew that Chiefs wide receiver Sammy Watkins would likely miss at least a game or two — and that left guard Kelechi Osemele might be out for the season. And the head coach had some thoughts about what had gone wrong.

Reid highlighted two points in the team’s 40-32 loss to the Las Vegas Raiders: penalties and giving up big plays on defense.

“Those things, we’ve just got to make sure that we clean that up,” said Reid in his post-game press conference. “If you kind of narrow it down, that’s the problem. And I could’ve put our offense in a better position that second half. That didn’t take place. We weren’t able to move the ball very well, so I’ll be able to look at that, too.”

The Chiefs took 10 penalties on the day, surrendering 94 yards. In the second quarter, running back Devonte Booker gashed the Chiefs for a 43-yard run. Raiders quarterback Derek Carr hit six passes of 20 yards or more, including touchdowns of 59 and 72 yards.

“They just got behind us,” Reid noted. “And I’ll look at the tape and see exactly what went on there, but I would say a couple of them were just beat, and then other ones I’m not sure we were doing the right things. That’s how these things go when you have big plays on you.”

But none of that was to say that some individual players didn’t feel some responsibility.

“I just didn’t think we finished how we normally would,” noted Mathieu. “When we got in certain zone coverages, I don’t think we matched them as well as we have done in the past. They made the plays that counted and we didn’t — and I think that’s why we lost the game.”

Jones was direct about how he felt the defense performed in the first 30 minutes of game time.

Patrick Mahomes: loss to Raiders was a wake-up call for the Chiefs

The team’s quarterback spoke along those same lines in an interview we highlighted on Tuesday.

“Obviously you want to win every single game you’re out there,” Mahomes told 610Sports hosts Carrington Harrison and Sean Levine. “But it’s nice to kind of get this wake-up call that you can lose in this league any single week. We were kind of riding on that winning streak — it felt like we couldn’t lose to anybody — but now we know. And hopefully, it’s a good thing for us and not a bad thing.”

Tuesday also brought news that after being exposed to the novel coronavirus, The Sausage was going to miss at least one game.

For this reason, Sherman’s changed status is not likely to impact whether Monday night’s game against the Buffalo Bills will be played as scheduled. This just means the Chiefs are taking the prudent step of keeping him out of the building during the incubation period — and the Chiefs will have another roster spot available if they need to elevate a practice squad player to the active roster for Monday’s game.

Film review: How not to use Chiefs running back Clyde Edwards-Helaire

The production the Chiefs had obtained from their first-round pick had been disappointing through the first five games of the season — and on Wednesday, Matt Lane took a look at how the team could make better use of the former LSU star.

The answer is very, very simple: ask him to do what he does best.

Quit running Edwards-Helaire into the flat as a distraction and last-second check-down player. Identify matchups you like and then utilize him to attack those matchups vertically or across the field rather than sitting outside in the flat. His most dynamic ability is as a receiver and in the open field, so find ways to get him into those positions.

Why the Chiefs should take a flyer on Le’Veon Bell

Right on cue, another player with a similar skillset was on the market. In their Wednesday mailbag edition of the AP Laboratory podcast, the Nerd Squad considered how Bell could fit with the Chiefs.

Bell is definitively better than any running back not named Clyde Edwards-Helaire on the roster and is more proven than anyone in that position room. The Chiefs could add one of the best receiving backs of the last 10 years if they were to go out and add the former Michigan State Spartan. There really aren’t many obstacles in the way of him backing up Edwards-Helaire. As long as he’s not stunting the growth of the Chiefs’ first-round pick in 2020, it is a worthy low-risk addition. Should something happen to the rookie, Bell would be first up to replace him.

By the end of the day, Chiefs defensive tackle Chris Jones seemed to be recruiting Bell on social media — and there were indicators the Chiefs were considering signing him.

By Thursday morning, we had leaned the Chiefs were on Bell’s short list — even though the Chiefs remained tight-lipped about it. But by late afternoon, the Chiefs had him locked up.

In the end, Bell likely chose what he believed was his best opportunity to win — with Kansas City.

Like the Chiefs’ current starter, Clyde Edwards-Helaire, Bell offers a dual-threat out of the backfield — and he is likely to step in immediately as the Chiefs’ change-of-pace back behind Edwards-Helaire. Darrel Williams, Darwin Thompson and DeAndre Washington remain on the Chiefs’ roster.

Defensive tackle Chris Jones and Bell are good friends off the field — and they teased that Bell would become a Chief back in March of 2019. That is now a reality.

On Friday, Ron Kopp Jr. found some things everyone should know about the Chiefs’ newest player.

4. How he fits into the offense

This season, Edwards-Helaire has taken 66% of possible offensive snaps for the Chiefs. That means that another running back — or no running back at all — is on the field for 34% of the offense’s plays.

That 34% has mostly been taken up by running back Darrel Williams, who has been primarily used as the third-down back. The appeal of Williams is his experience with pass blocking over a rookie like Edwards-Helaire — but Williams doesn’t give the offense much upside as a receiving threat in those situations.

Bell is not only a pass-catching weapon for third downs, he is also an impressive blocker. He doesn’t get credit for how big and physical he can be, and that shows when he stays in to pass protect.

And then special teams coach Dave Toub explained how — despite everything — the Chiefs could have won the Raiders game.

So Butker put the ball sideways on the tee. For all the world, it looked like the Chiefs were going to try to run the same onside kick the Dallas Cowboys had pulled off against the Atlanta Falcons in Week 2. But rather than kick the ball slowly on the ground toward the sideline, hoping for a scrum where Kansas City could recover the ball — as Dallas had done — Toub and Butker had something else in mind. Butker also kept the ball on ground — but he kicked it hard.

“Butker has a special talent: that he’s able to hit guys up on the front line; he can target a player and hit them with a line-drive shot,” revealed Toub. “That was the idea: to hit one of the Raiders front-line defenders with the ball. Once it had touched a Raiders player — presumably without being fielded because it was coming in so fast and low to the ground — it would be a live ball the Chiefs could have recovered.

And it almost worked.