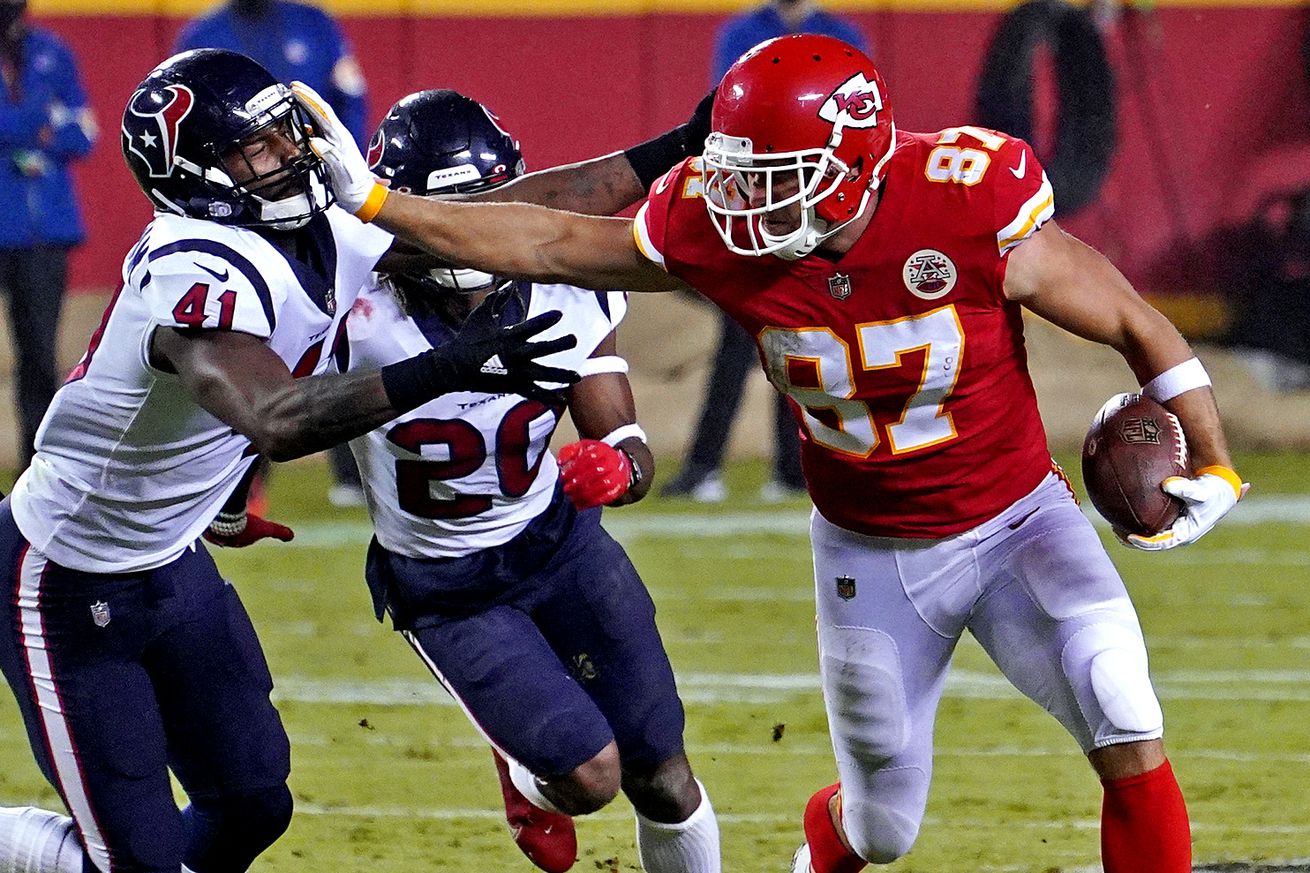 “Of all the positions, that defensive line position is probably our deepest position,” Veach acknowledged. “With Breeland, it was a different scheme when he got here, and our staff really thought his rookie year he did some things you can lay a foundation on. We all know he came in a little out of shape the next year, and then he had the injury. When you get behind the eight-ball in professional football, it’s tough. When you get behind the eight-ball on a roster with a deep defensive line, it’s even tougher.”

After releasing veteran running back DeAndre Washington on Saturday — leaving just three running backs on the Chiefs’ active roster — the GM also talked about how Williams had become the second-string back.

“He’s one of those guys that he’s been here for such a long time and there’s a lot of trust in regards to his ability in all phases of the game – running and blocking, in particular, pass pro too,” explained Veach on Sunday. “I mean, he’s really good in pass pro, he’s taught Clyde quite a lot. Certainly, we’re all excited about Clyde. We know what he can do, and he’ll continue to learn and grow, and we think he certainly has an extremely high ceiling.”

There was one other piece of NFL roster business on Sunday: constructing practice squads following the end of the final cutdown’s waiver period. We tracked all the signings the Chiefs made.

With the season opener just days away, we got our first injury report of the season.

Safety Juan Thornhill with full participation status is a good sign for Thursday night, but it remains to be seen if the Chiefs remain cautious and put him on some kind of snap count in his first game back from a torn ACL.

While it is not ideal to see tight end Travis Kelce with a limited status due to a knee injury, he had the same status leading into the Divisional round against the Texans last season, and he caught 10 passes for 134 yards and three touchdowns in that game. The expectation is that Kelce should be OK to go until we hear otherwise.

“We’ve been really pleasantly surprised with a couple of guys that have come in here [that] we really didn’t know a lot about,” said Spagnuolo. “Talking about Turk Wharton — he’s been a nice surprise — [defensive line coach] Brendan Daly’s done a great job with him.

“Mike Danna [was] another pleasant surprise. Those two guys — talking about Turk and Mike — listen, for guys that have not been in the NFL very long, they sure operate like true pros. The learned it somewhere along the way. We noticed it in those Zoom meetings. I remember (defensive line) coach (Brendan) Daly talking about both of those guys specifically — how much he was looking forward to working with them, because in these meetings like [we’re] doing right now, he was thoroughly impressed. Those two guys have just continually impressed the coaches.”

There was better Chiefs news on the next injury report.

It can’t get much better for the Chiefs when it comes to injuries, with tight end Travis Kelce (knee) and defensive tackle Derrick Nnadi upgraded to full participation after being limited on Monday.

Checking in on the Texans to watch from Monday’s report, wide receiver Brandin Cooks (quad) was held out of practice. Texans head coach Bill O’ Brien on Cooks: “You’ll see who takes the field when we take the field on Thursday night,” per NFL Network’s James Palmer.

On Wednesday, each Arrowhead Pride contributor weighed in with a bold prediction for the coming season — and Pete Sweeney’s might have been the boldest.

Edwards-Helaire isn’t just a dynamic weapon for Reid; he is what Reid might design at the position in a video game. The dual-threat rookie accumulated more than 1,800 yards from scrimmage in 15 straight wins at LSU playing against the best competition college football has to offer.

Now he is playing with the best quarterback (and perhaps tight end and wide receiver) in the world, and there is no better coach in the league to maximize his skill set. The rookie breaks the franchise record as part of one of the greatest offenses the NFL has ever seen.

Chiefs-Texans rapid reaction: The offense was what we thought it was

NFL football returned on Thursday night, as the Chiefs defeated the Houston Texans 34-20 to open their title defense. Our full coverage game included news of three Chiefs injured during the game, along with social media reactions from Chiefs players. And this:

We were well aware of how great of a player Patrick Mahomes can be — and he showed it again on Thursday night. Throws that would have made a season highlight reel before 2018 have grown to feel commonplace. Mahomes has developed a chemistry with his receivers — and he picked up right where he left off, despite a lack of in-person offseason organized team activities and preseason games.

Tight end Travis Kelce and wide receiver Tyreek Hill each had a score, putting up modest numbers as Sammy Watkins led the team in receiving. Watkins also added a touchdown to the stat sheet — a sign that perhaps this could be the season when the playoff version of Watkins sticks around for the following regular season.

Asked about the unusual substantial hype leading into the game, rookie running back Clyde Edwards-Helaire said he did his best not to see it, choosing instead to go to work with his head down. The blue-chip mentality paid dividends on Thursday night, as Andy Reid called his number 25 times. Edwards-Helaire responded to the tune of 138 yards (5.5 yards per carry) and at times, showed elusiveness that reminded viewers of former Chiefs running back Kareem Hunt.

On Friday — after naming Edwards-Helaire, L’Jarius Sneed and Tommy Townsend as winners in the season opener — our Matt Stagner decided Brett Veach belonged in the winners’ column, too.

The players have one thing in common: they’re all part of the Chiefs’ 2020 rookie class. We expected a big day from the first-round pick, but to have a fantastic start from a fourth-round rookie corner and an undrafted punter is truly remarkable. Also, defensive end Mike Danna and defensive lineman Tershawn Wharton both saw significant snaps and combined for five tackles on the night. We’re expecting Willie Gay to eventually get into the linebacker rotation and make an impact as well. To have at least six rookies making significant contributions on a Super Bowl-winning roster where nearly everyone returned is insane. It’s a testament to the work being done by the general manager and his personnel staff.

Report: Charvarius Ward to have surgery on fractured hand

Friday’s news about the Chiefs’ starting cornerback was ungood.

It appears Ward will have surgery to repair his injured hand, according to a report from NFL Network’s Ian Rapoport.

Ward played 31 defensive snaps for the Chiefs against the Texans before being removed from the game due to injury. As Rapoport notes, Ward might be able to play through the injury with a cast, just as former Chiefs cornerback Kendall Fuller did in 2018.